OK, so over Mordian 7th there was a little bit of chatter about Mord's Deathwatch list.  He's said his vow, taken the black and is off to wall until the Wildings turn up.  Anyway, his list is:

Which obviously is a viable Knight's Watch army.  Did I write that ?  I meant Deathwatch, of course. But it doesn't seem much for three and half thousand points.  I have had a quick play with Battle Scribe.  I won't pretend to know what an "Unbound Army" is, but ten minutes dicking about gave me a viable list which I appear to unable to export by any means known to Adobe.  Oh well

I reckon that's enough AT and AA for most situations as well as 121 squishy bodies and 35 semi-hardened bodies for most things.  Admittedly the only pies are the LRMBT and the 18 mortars, but with that many birds in the air, and the ability to pick up nearly all of the army and dump in someone's backyard (esp if you start with as many as possible embarked and in reserve), it should give most pause for thought.

Would you take on Mord's Knight's Watch list with this bunch ?  Of course, you know that I'm not interested in army list top trumps (do you have top trumps where you are ?  Does this reference make sense outside the UK ?);  but these two, at this scale, over 3000 points, are at the scale where it has become viable to field units in the size which armies would deploy.

If you consider a 1250 point engagement - those couple of squads of marines (of either persuasion) are holed up in a building somewhere; the IG, Tau, 'Nids (or even one of the other MEQ armies) is unlikely to send a small force to winkle them out.  Given the resources, you'd send a formation like that list above, or just deploy a blocking force* until you could bring a big enough hammer.

Now I know that in order to have fair pick up games etc that more or less equal points values (nearly everyone I've ever played has not been too bothered about a couple of points either way) but those last stands and unequal ambushes are staples of the fluff.  And fun to play, almost all of the time. I'm just attracted to the bigger picture.

I'm not trying to persuade you one way or the other, its just food for thought.  So there you go, a pointless post about points.

*ie not to attack or engage; just maybe harass from a distance and definitely to run away if seriously compromised.   Their mission is to simply fix the enemy in place until the big hammer arrives. 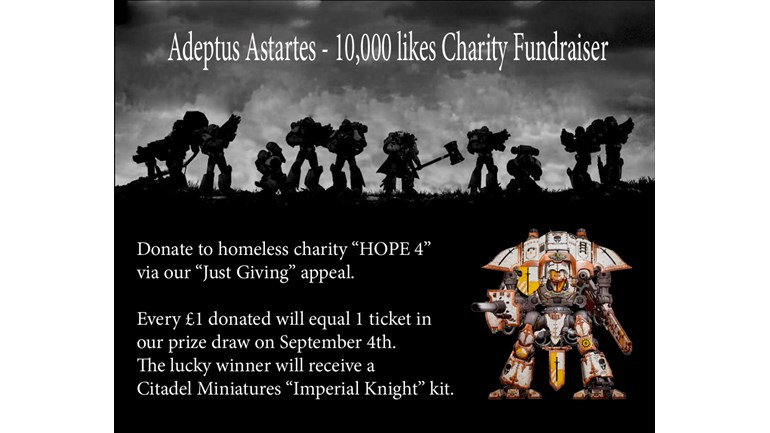 So I saw this and thought "Great, its Warlord Games so these things are going to be convertable and affordable." ie plastic.  But they arn't, they're £22 and metal.  Ho hum.

I suppose if Bolt Action Konflict 47 catches on, they'll eventually be released in plastic.  Which is good. At any rate, imagine it with all manner of sentinel armament and the pilot wearing a grotesque mask and outrageous hat.  Now £22ish is not in itself too much for a vehicle model, but I'm imagining a small detachment of these to go-a-scouting and/or provide a flanking screen for the Blood Pact.  So I'll have to keep my beady eye on them and see if BAK47 takes off to the extent that these are released in plastic...
Posted by Zzzzzz at 21:31 4 comments:

There's a lot of stuff here which sounds, if it lives up to it (and with GWs new plastics, there's no reason why not), would see me wanting to spend some money.

And advancing the storyline is sort of inevitable. FW are going backwards so it stands to reason that GW can go forwards.
Posted by Zzzzzz at 00:15 2 comments:

Adeptus Astartes likely to be in the vicinity of Devos IV

The Blood Angels were the Adeptus Astartes contribution to the war against WAAAARGH Burkett 800 years ago.  There are Blood Angel artefacts in the Xyphonica Basilica of the Emperor Restored.  Mauven 158, another world in the Dynorwic cluster, saw a Blood Angel strike force deploy to hunt down a detachment of the Emperor’s Children three years ago.  The Long War does not only persist in the minds of those traitor astartes in the Eye of Terror, it is remembered by the descendants of their foes as well.  The ancient fight between the Blood Angels and the Emperor's Children continues - And Eidolon escaped Mauven 158.

Rune Priests, following their own arcane predictions, have led possibly more than one Great Hunt into the Dynorwic Cluster, ready to respond to further casting of the runes.  Wolf Scouts are not a common sight, naturally, but they are at large on many worlds, sniffing out the situation and following up on leads and sightings, building up a larger and more comprehensive picture than many other of the agencies involved.  The Rune Priests have seen that failure on Devos IV could jeopardise the whole Dynorwic cluster, the attentions of a Deamon Prince from the Horus Heresy make this a fight they will take on.  The presence of Lone Wolves on Devos IV already is no accident.

The Brothers of the Lostwithial, a splinter of a Black Templar Crusade, have come directly to Devos IV in order to fulfil an oath to Inquisitor Blingnor of the OH.  They have already managed to alienate many of the senior command teams at the front line, even if their incessant rituals are indulged at High Command. The mysterious Adeptus Astartes of ‘One Force’, who have previously ‘punished’ Black Templar formations for over enthusiasm (when the Brothers get carried away dispensing the Emperor's Justice in population centres) are possibly shadowing the Brothers.  Only time will tell.

Through various agencies (possibly radicals in the OH), the Relictors have learned the fate of the War Griffons Canis Fidelis, now the Khornate Belligera Rex.  Securing any of the Aroctech from a debased  titan could possibly advance their schemes quite some way.   If your purpose is to understand how the warp can effect the laws of nature, the fundamental laws of the universe, then something like a titan, even a small one, amounts to a substantial sample.  Even if it has to be picked up off a battlefield by a thousand men with buckets.

The Brothers of the Lostwithial may be already in situ, but their force is likely already depleted by the actions they have already undertaken on Deovs IV.   They view the Blood Angels as heretical.  The view the Relictors as heretical.  When they meet the Sons of Russ, the chances are they won’t take to them either.   Relationships between the other Astartes factions remain a matter of conjecture.  For the time being.

And if something attracts four disparate Chapters, then it is almost certain to attract others...