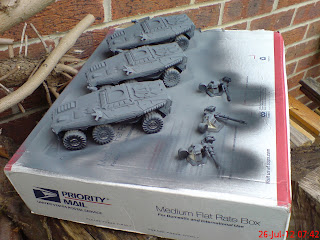 The hunchbacks.  Under coated.  Humbrol acrylic grey on top, chaos black underneath.  Hoping that his provides shade for later coats. 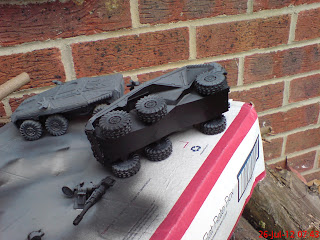 Base coated.  Shiney in the fots as it was still wet.  Had a look at them since in it all looks very military.  Might try a little airbrush green and green camo, like the wolverines, against whom it will likely be direct competition.  Going to go with fairly nuteral colourschemes and markings on a lot of up coming vehicles, as then they can end up on either side, to balance things out a bit. 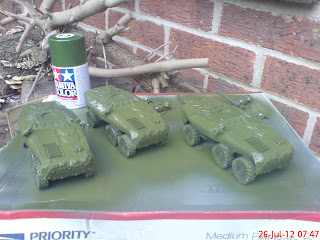