Somewhere in the Admistorium, possibly reporting directly to the High Lords of Terra, will be the office that oversees the Adeptus Astartes.  Possibly comprised of experienced and trusted officers from across all branches of the Imperial Machinery of Government, as their task is a complex and delicate one, given the nature of their charges. 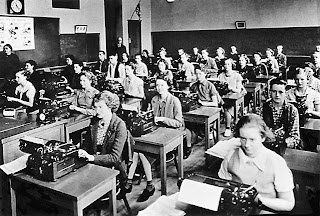 When a Chapter is declared Excommunicate Traitoris, someone has to not only make the call (the High Lords) but someone has to compile the case.  And to compile the case, they have to be watching the Chapters in the first place.  Individual Inquisitors may get a bee in their witch finder hats about an individual chapter, but that’s not proper governance.  Hence the Bureaux Astartes.

As well as declaring renegades, which is important, as there were at least 30 instances in the M37, it has other duties. 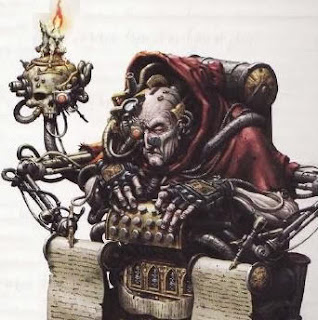 As previously discussed, the only way to keep your Chapter at strength is to over recruit.  You may end up with 1200 battle brothers, but then, you can always send a couple of companies to join a crusade.  Generally, the universe will do a reasonable job of keeping the Chapters numbers down.  The Chapter Master has a vested interest in compliance – the overall discipline of his Chapter relies on compliance and therefore this aspect of governance, in place for other reasons, demonstrates his fitness to hold office.

Which is important, given the lessons of the Astral Claws; over expansion brings hazards all of its own, brought on by excess capability.  So the Bureaux Astartes has to find an outlet for the occasional run of good fortune that might see a Chapter potentially three or four companies over strength.  A Chapter cannot afford to take its foot off the gas when it comes to recruiting, just in case a Hive Fleet arrives on its doorstep or the Tyrant of Badab takes a personal dislike to the Chapter.   So with a spate (centuries) of operational success and favourable warp currents, the Chapter Master may see units return that he had expected, statistically, to have written off.

However, on the flip side of this is the possibility of excommunicated Chapters, as well as those lost to attrition.  Thinking about keeping a Space Marine Chapter alive in these terms, a Chapter is much more likely to just fade out than to go out in a blaze of glory.  Perhaps bearing this in mind, a Master of a Chapter in terminal decline might put his remaining force in a position where it makes a glorious last stand.  A form of hubris ?   Possibly.  But he is a Chapter Master. 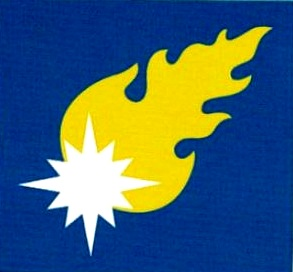 So out of a thousand Chapters the imperium could be loosing as many as 10% per millennium.  So perhaps there are still foundings.  Successor Chapters being raised from each over strength Chapter, dictated by the rate of information coming into the Bureaux Astartes and based on the availability of resources, not necessarily on the perceived reputation of the donor Chapter.

Given the nature of warp travel and the fact that the Astronomican is not a reliable method of communication at the best of times, there can never be a definitive list of Space Marine Chapters.  There can only be the information that the Bureaux Astartes has at any one time, which is always going to be years, perhaps decades, out of date. 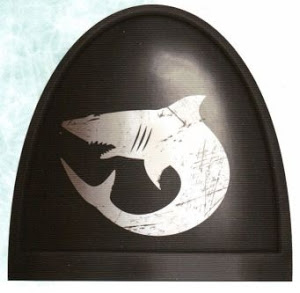 What’s my point ?  There can be no cannon. Bearing in mind their origins, the Veterans of the Long War may actually show much less, variety, than modern Chapters.  Who is more chaotic now, Abbadon ?
Posted by Zzzzzz at 10:28