Pushing eastwards across the Prairie 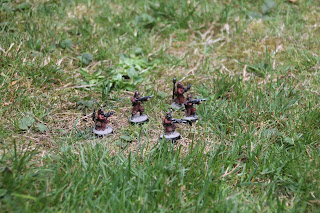 Having been landed in a clandestine manner, the Blood Pact forces do not initially appear to be shoring up the PDF, rather they deploy skirmishers in a series of screens across a wide front. Obviously they are trying to increase the amount of verifiable intel.  72 AGs response is to slow their advance to the point where rough riders (animal and mechanical) can act as DRs carrying written orders; the airwaves fall silent, denying the enemy valuable SIGINT. 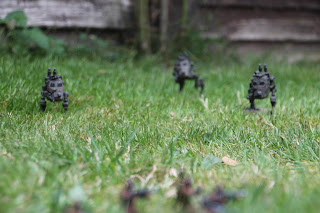 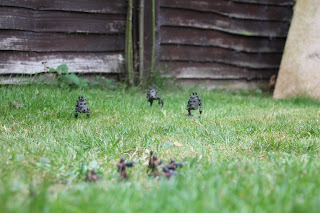 Generally, 72 AG scales its response to be able to overwhelm the small Blood Pact detachments where they find them.  SOPs are developed where elements are to make initial contact and then stay in contact without trying to force an outcome until other nearby assets were moved up to support a planned prosecution. 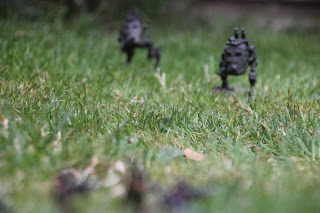 An assured outcome is what this SOP is designed to achieve.  Once in contact, radio silence is lifted, allowing calls for fire (ie artillery support) to be made and requests for air support to be made.  Unfortunately, all too quickly, the Blood Pact have discerned  what is happening and appear to be as comfortable as the DKK are when it comes to using themselves as bait. 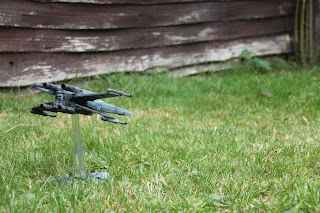 A separatist T-65 strike fighter appears at an extreme low level.  Repeated instances of this effectively prove that the Blood Pact and remnants of the PDF are cooperating on a tactical level at least. 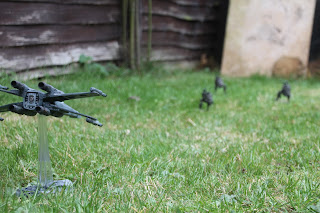 The prevalence of Imerial Navy Thunderbolt fighterbombers over the battlefront means that any appearance by a T-65 is going to be limited to one attack run, if he wants to fly another day.
Posted by Zzzzzz at 09:58