The previous post about these boys was the most visited post ever to appear on Devos IV.  And that wasn't all me revisiting my own handiwork, either.  Maybe something to do with the French election which was on at the same time ?  Who knows... 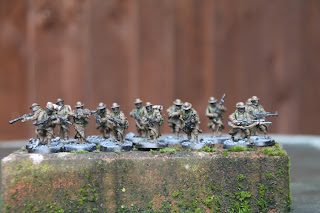 So this is the end of the Macron mini-project.  There are the last of them put together and painted (Oooh, look, he's painted more minis - yeah, but the scheme is suspiciously like the DKK), like before many of them have VL arms. 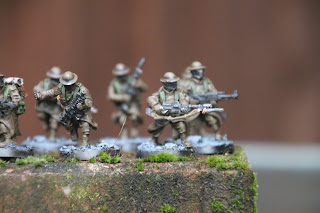 There are Pig Iron punches and backpacks on show here. 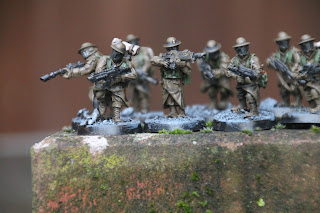 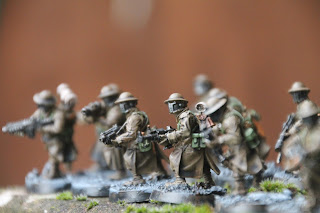 Some VL heavy calibre semi automatic rifles (you can jam the sear on a SLR to make it fire on full auto, but you can't expect to aim it properly). 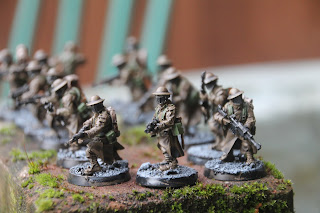 I pinched one of the previous batch out of the case to make sure they matched. 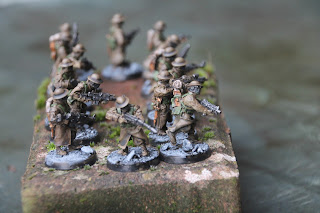 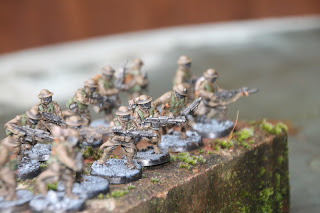 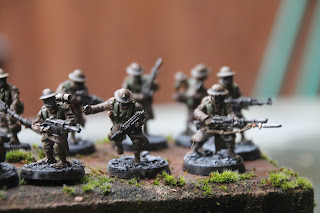 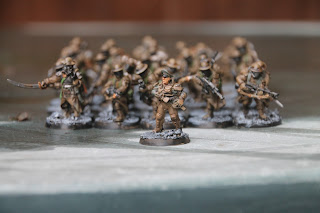 The whole lot of them. 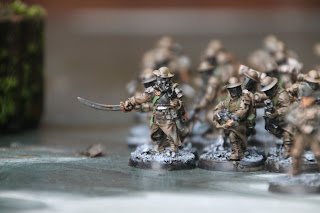 I still love this guy. 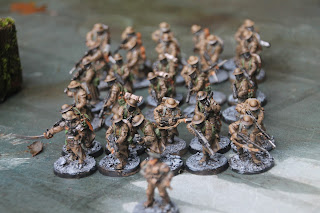 Their non-tactica imperialis Organisation.  Officer & three squads of ten, only one special weapon. 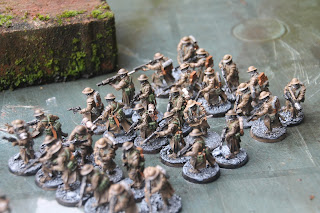