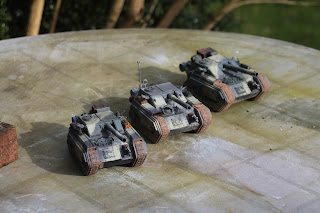 Someone (Rory ?) asked to see all three of them together when they were finished, so here they are. 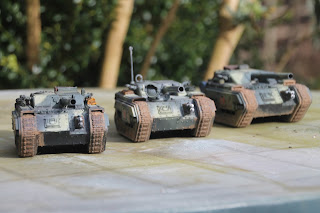 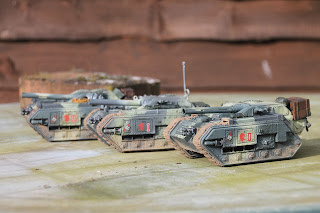 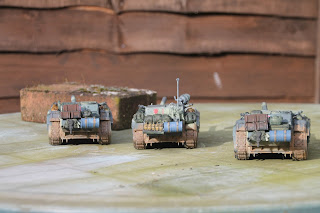 Lots of photos of STuGs from the war have them loaded down with various stowage items, notably boxes of ammunition which obviously is there to replenish the ready rounds inside the vehicle. 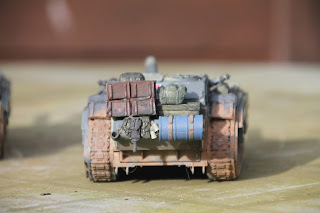 So all of my ASL vehicles mount a spare/external fuel drum, so these are no exception. 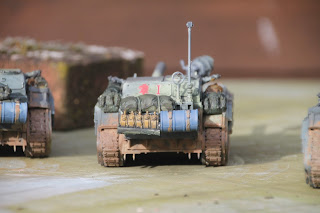 And there's a decent mix of other stuff on there as well.  The wartime photos often show that the crews applied inches (maybe as much as a foot in some cases) of concrete to the front superstructure as extra armour.  It likely functioned more as moral booster than real armour against serious AT weapons but would have been functional ablatis against lighter weaponry. 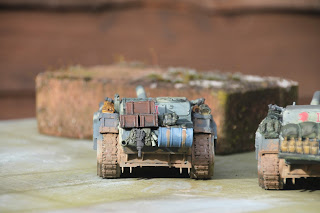 Well I haven't done that; but it should be easy enough to model if you wanted to.  These mastercrafted models have the mantlet recessed into the superstructure, unlike the wartime STuG, so that would have to be taken into account, but it's still possible. 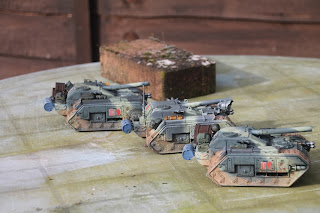 Flanking the BoS. And a last picture with that Mars Alpha LRMBT again.  Clearly showing the low silhouette which should hopefully make it easier for these to find cover.  If I build some.... 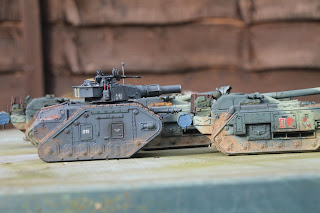