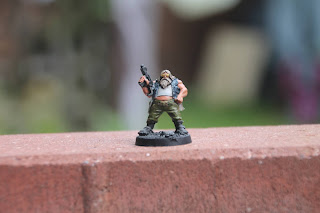 On the Brick of Scrutiny today -

Dinky Peavons was a submariner on Cadia, that being how commercial shipping is done on Cadia, due to the very real storms which mirror the warp storms in space above.  He was more or less set for life but decided that once he'd finished his nautical career, that he didn't need to stay in such an unsettling place.

He spent a decade and a considerable amount of money travelling around and has ended up here, following a failed investment in the grox trade, now lives in the wastelands.  Like a lot of other wastelanders he carries one of those multifunctional cogitators which translates, keeps records and accounts for trading and contracts. 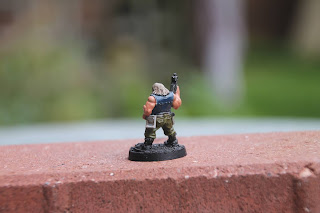