The man in the plain grey uniform walked through the Necromundan guard piquet, showing his electoo on his palm.  The mirror visored guard let him pass with barely any acknowledgement.  The main walked to the reinforced ex trade guild building and passed inside, squeezing past two more grey clad men guarding the doorway.

Around the building, Sasannian combat engineers poured ready mix into flak board shuttering.  Reinforcing bar was being made into cages for the next level of reinforcement.  Military cranes lifted prefabricated window sills with heavy bars into place.  Stakes were being driven into the roads, paths and even the walls of buildings on the approach.  Cameras and motion sensors would be positioned before the angle iron stakes were festooned with razorwire.  The various trades in the engineer detachment would be kept busy for a few more days yet. 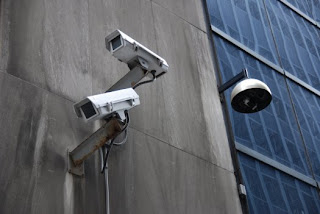 Interagatrix Di Marco looked up as he came in flashed her trademark winning smile at him.  Four hirsute men manhandled a large item into the room; Ordo HereticusTactical Dreadnaught armour, he noted.  He knew that the Inquisitrix had a suit, but had never seen it brought out before.  That it was apparently being prepared for Interagatorix Di Marco was not what he expected, but you wouldn’t have known from his unchanging expression.

“How are things ?”  She asked.   The man stood perfectly at ease.

“General Tolstoy might be a capable field commander, but he’s still Vostroyan.   The Orders group took place at General Welbhann’s headquarters, accompanied by field rations served in mess tins.  The General took his and ate it with good grace, but his ADC slipped out and tried to pick a fight with the duty officer.”

For the briefest moment, a smile cracked the grey clothed man’s face.  “No, the duty officer was a Valhallan and explained to the ADC how wonderful it was to not only get rations, but that they were served hot and cutlery was supplied.  In the end the ADC gave up and came back into the briefing.”

He shifted his weight slightly, his carapace armour creaking.  “I delivered the briefing about the witches and all seemed to take note of the warnings and the instructions for apprehending them.   We should get some material for you soon.”

“Good, I’ll let the Lady know.  Following the manifestations at Freeman’s Square, we need to be sure that heretic witches are everyone’s primary target.”

That was as good as a dismissal for the man.  With a curt nod to the interagatorix, he turned and left the room.
Posted by Zzzzzz at 13:42