This is brevet Colonel Machalovski; CO of 11/157 (Firstborn) Infantry Regt.  And members of his command team, including his Adjutant, Kaptain Ilic.  Their Divisional commander, 3* General Tolstoy, rated Kaptain Ilic, to the extent of making him the first Imperial Guard Officer on Devos IV as part of Operation Tranquillity.

The 157th Firstborn was for a long time the only Vostroyan Regiment in 72AG.  As such, it’s 12 battalions were split up amongst various headquarters and formations in order to provide some commonality of Standard Operating Procedures for 72AG as a whole.   The first four battalions are now part of XVIII Corps 1st Infantry Division.

11th Battalion was designated as HQ Bn for XVII Korps.  It’s Companies and platoons are deployed alongside their non-Vostroyan brothers in arms in order to provide understanding and interpretation  of information and instruction passing between the formations of XVII Korps.  Additionally, the designated close protection company for the Korps HQ is also under Col Machalovski’s command.

Whilst not exactly an opportunity for eternal glory that being in the line would be, 157th Regt’s role on Devos IV (battalions one to four excepted) offer an able officer a chance to position himself as available for a staff role, should such an opportunity arise during the campaign.  This would a coup for (substantive) Lt Col Machalovski who is not really entirely used to his new augmatic leg.

3* Gen Tolstoy, the Divisional commanders and indeed, Kaptain Ilic, have changed the way Col Machalovski approaches command of his regiment.  Doubtless he would revert to type in an instant, but then, it would likely be in his interests to do so.  His subordinates have no exposure to his new found pragmatism, being dispersed across the Korps, so his career within a Vostroyan formation remains safe and/or his opportunity to move into the wider command of Imperial forces is becoming available.  The future looks rosy and he is in good humour for a man who lost a leg less than a year ago[1]. 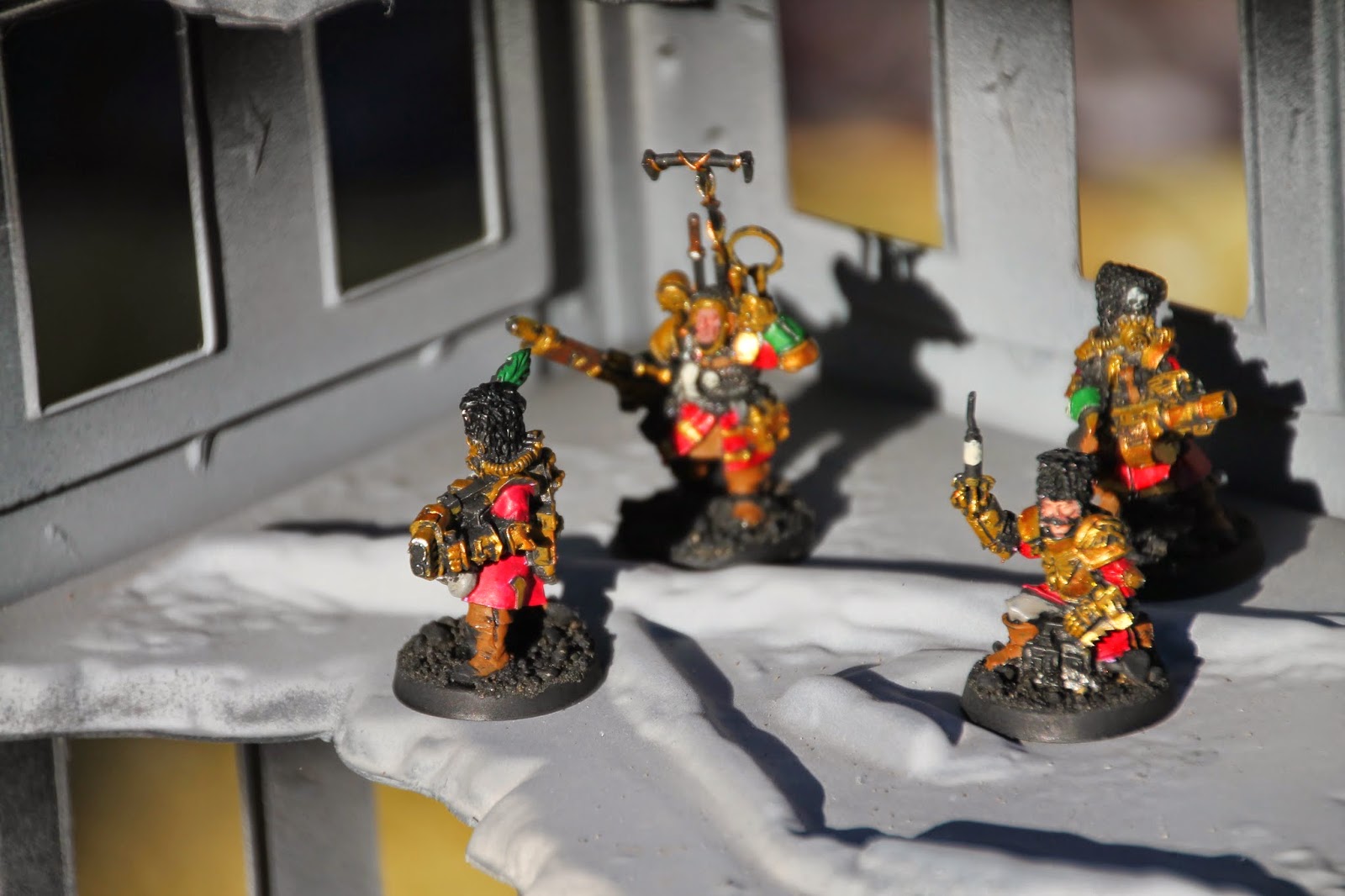