But to fair, one which was broken ages ago and then the stuff has been hanging around most of the year.  When I was looking for things of the Bay of Es, I would occasionally look at my old searches.  Which drew my attention to one of those 'collected Warhammer figures' lots.  This one had three or four RTB01 marines and a load of Imperial Army bodies; 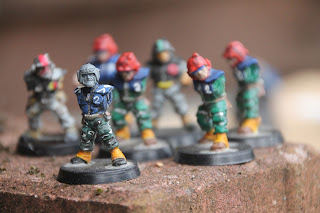 They were a disparate bunch, but someone had loadsa fun putting camo on these guys. 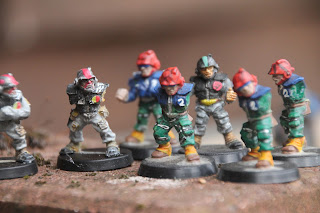 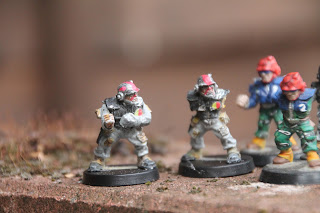 Work had been put in on all the helmets too. 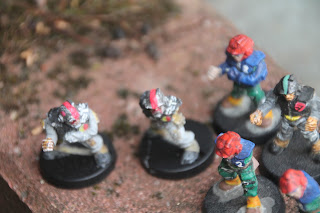 And shoulder pads, too.   But meh, that's not what I wanted them for. 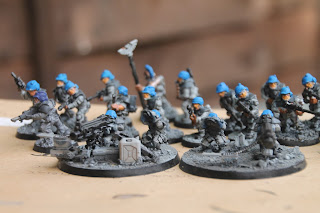 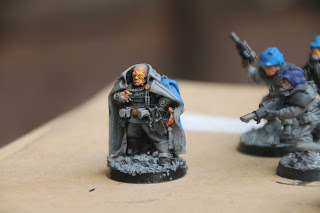 A bare metal Creed from the joyous bounty that is Drax's bits box. 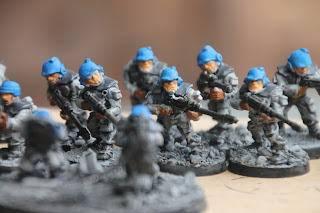