And defending the Brick of Scrutiny today are some of the Knights of houses allied to the Warp Runners.  These models are the old Eisnekarn (Dream Forge) Resin ones from the years before the Dream Forge Kick Starter.  Painted by the Pirate Viking. 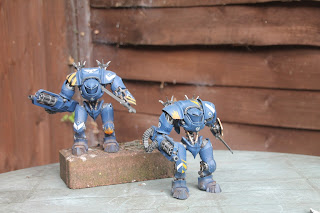 Both with one Vuclan Mega Bolter and one Knight close combat weapon.  You can see the Heavy Stubber peaking out there from out of the pultron. 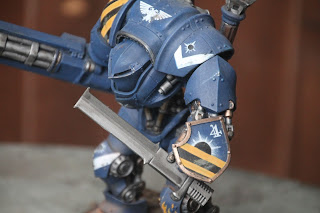 These two are colloquially known as Chas and Dave. 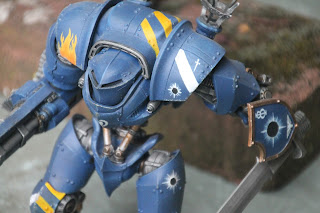 These guys might look smaller but if they needed a base they'd be the same height as the next two Knights. 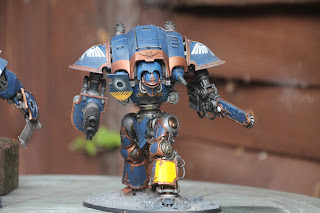 These guys are known as Killi and Filli.  One might think of the heroes of legend who were amongst the foremost warriors of their tribe who were loyal and valiant etc.  But they are actually named after hamsters. 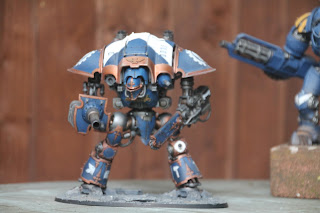 The four of them together are intended to keep titan killing weapons from the titans of the Warp Runners. 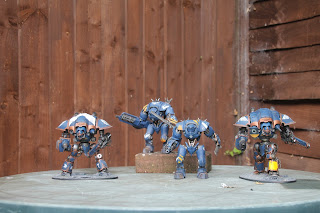 So here they are: 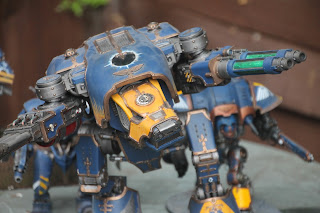 Phyladi Alpha and Phyladi Beta.  There were also built and painted by the Pirate Viking Fabrication Yards. 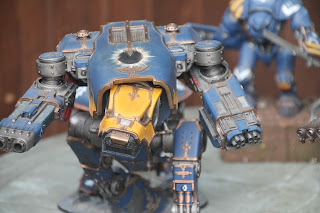 Gotta love a Scouting titan group.  Gonna get a group photo with Siph's maniple at some point. 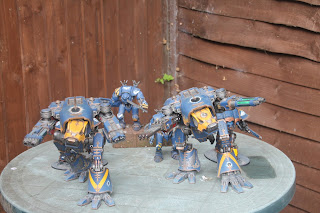 They have a fairly small carbon footprint.  Although this is largely due to circumstances, rather than an increased level of environmental awareness. 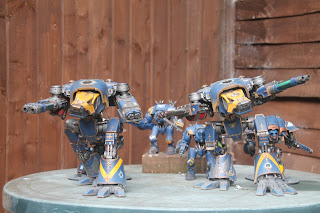 Jeff also painted the inside of one of them. 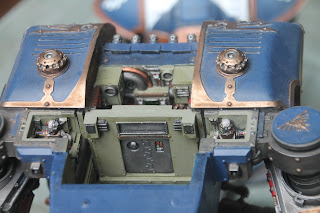 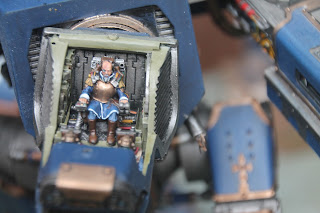 And just in case you were wondering how they sized up against both the Storm Lord AT AT and the ol' Iron Chick toy... 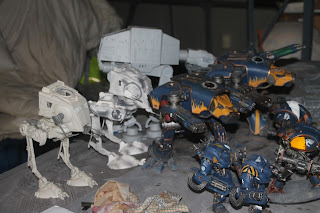 Now as I write and publish this, Admiral Drax is getting some attention on fb so there's more excitement coming soon.
Posted by Zzzzzz at 22:07