With the new, additional units I fancied a look at the whole detachment.  There was a sunny day and they suddenly appeared around the BoS. 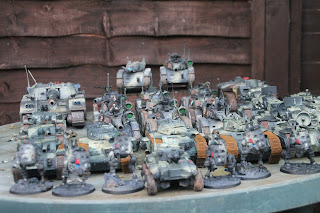 There's not much room on the little green table and they're jammed in hull to hull. 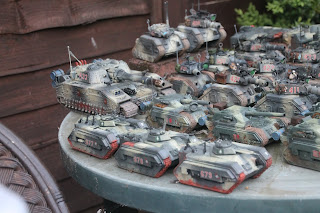 Part of reason for getting them all out is to compare and contrast where the tracks and the weathering are and decide what needs doing next for the sake of homogeneity. 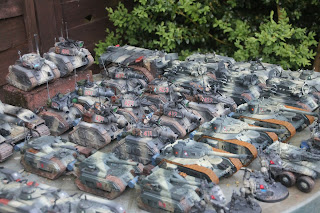 Most of the stuff is OK and doesn't look too out of kilter with the rest, obviously the WIP mortian tanks need work but that's just the base colour on there 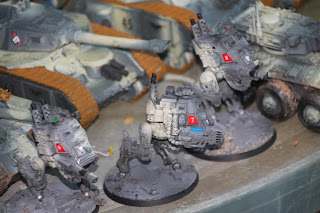 A troop of stompa-hunters, 'cause Sentinels rarely get much love. 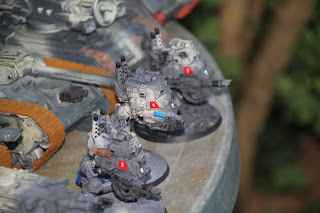 And the other troop. 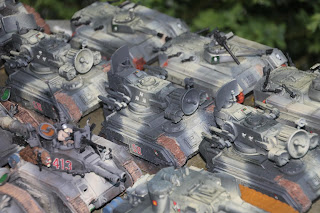 SA7's not much good without missiles. 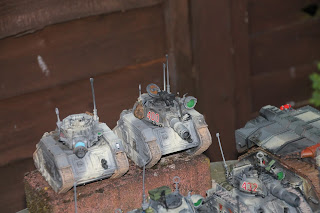 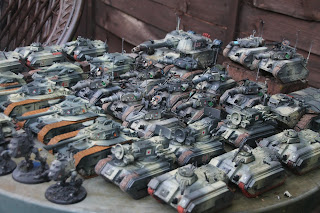 The Chimerae tracks are entirely rust atm, so they need work as well. 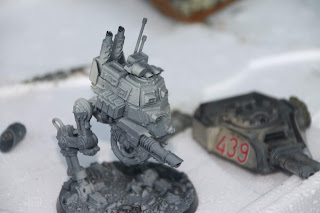 And there's some WIP stuff on the table as well, This is the first of the next three Sentinels and there's another Zug of Mortians to get table ready as well.