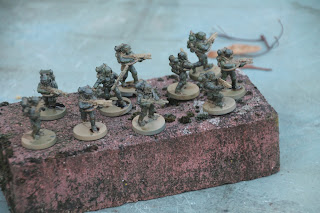 These are Anvil Unity Council Marine legs, armoured shooting arms with a selection of phase carbines (Hotshot las-guns) and shotguns.  All of this confectionery held together with FW hazardous Canadians. 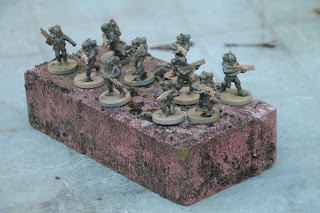 They have had more work on since this, including rural basing, as opposed to my usual grey rubble.  Don't know why, just a whim. 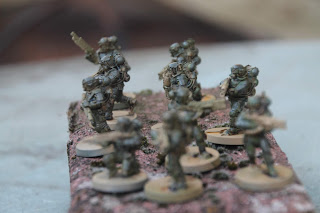 I like the look of them, there are some hoses or cables which do trail off and have no further connections once they go past someone's armpit, but compared to the sculpting and casting sins of yesteryear, that doesn't look so bad.  Not enough to warrant the likes of me monkeying about with Anvil and FW's work. 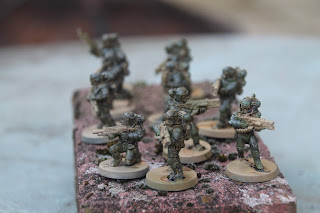 And these guys generally look like know what they are (supposed to be) doing.  So that's a win. 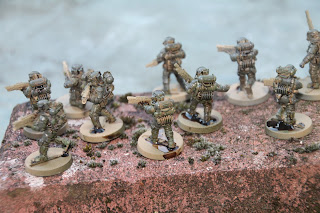 These get lenses, weapon coloured weapons and some spotty three coloured camouflage before a gentle wash to unify the camo colours. 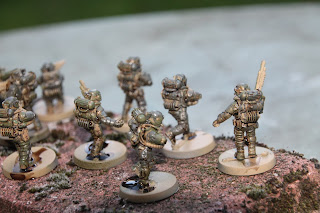 They've already got mud and flock bases.  It may be time for the odd strand of static grass...
Posted by Zzzzzz at 00:30