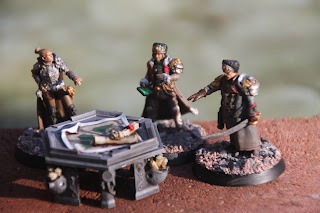 These were assembled and painted for me by Col Scipio, so hopefully this post will pass for an expression of my sincere thanks for his hard work and dedication. 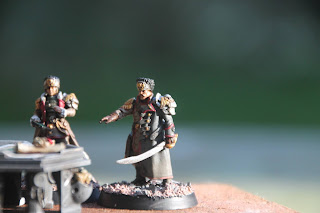 Those of you who have enjoyed Ciphas Kane and his exploits will recognise the figures here, characterfully reproduced by Artel W Miniatures. But on to this iteration, the command element of 540th (Valhalla) Kado Infantry Regiment is headed up by 1* Comrade General Komenechi. He is seen here with his Tacticae and 2ic at the regimental command bird table.  I'll just leave you with a few picts. 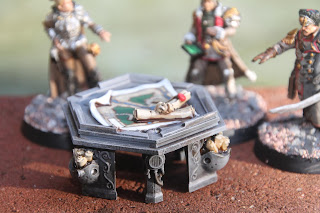 Komenechi is a scion of a long line of distinguished Imperial Guard and PDF officers.  Their children all serve, some are more successful than others, the General is the most successful in nine generations.  Of course, measuring success by Imperial Service and promotion, it does mean that those most successful tend to leave Valhalla forever, but this heritage keeps those who come after striving to continue in the same spirit. 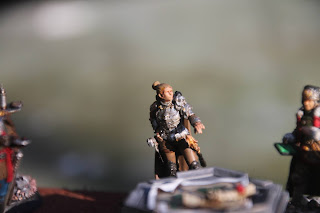 His 2iC is Comrade Polkovnik Hayha.  She is an orphan from the Scolae Progenia, never top of her class, never bottom.  Renowned as a solid performer, which always goes down well in Valhallan circles.  Her military career has been one of survival; either managing to be posted away from units before they are overrun or in the best tactical position before a battle.  She is not shy of a fight, but has been popular with those who serve under her as a 'lucky' officer.

She is not loud or overly given to demonstrations of emotion. She does have vast reserves of intellectual and emotional stamina, all of which help her execute her duties.  She is aware that in the four years she's been the General's 2iC, he has had two opportunities to put her forward for advancement outside of the regiment, which she has earned and does deserve.  But acknowledges that his reasons for doing so are valid.

Comrade Polkovnik Hayha used to paint water colours as a younger woman.  Her current appointment leaves no time for personal indulgences, however fencing now serves a dual purpose as her hobby, as well as being a military drill. 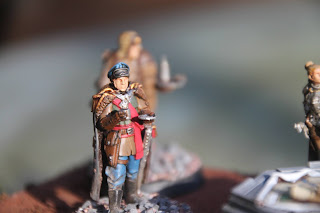 Provost Colonel Maconie of the Devos IV 42Bn Heldegad (Vnutrennye Voiska).  Technically an independant unit alongside the 540th, they are, de facto, just another of it's battalions.  He has a Lt Col who commands the Battalion in the field and so finds himself as some time helper, some time observer at 540th's Regimental headquarters.

The Comrade General has had him become familiar with all of the command echelons of each of the Regiment's battalions, with the obvious capability of taking over any of them in the event that the existing commander is rendered hors de combat. 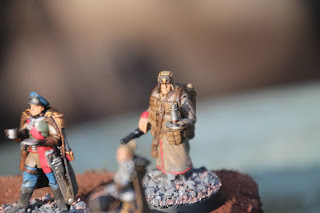 And he has been variously shadowing the Comrade General himself as well as the 2iC and the Tacticae; he was a Policeman, after all, not a soldier and folding the 42nd VV into the Regiment has been a steeper learning curve for the Devosites than it has for the Valhallans. 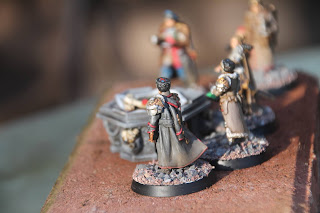 1*Comrade General Komenechi finds himself by default the Divisional Commander of 903 Div, being the only full formed, fully staffed unit when it arrived on Devos IV, the other component units of 903 Div added together only add up to 20% of its strength. 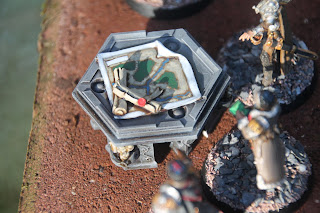 The table does do holographic projections, but all of the projector bulbs for this type of interactive networked display equipment were withdrawn from front line units as 72Army Group headquarters did not have enough spares. 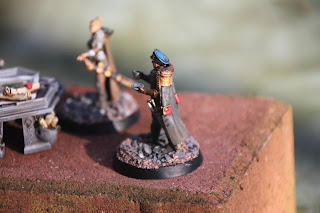 Throughout the Devos IV campaign so far, the Valhallans have done everything required of them.  Not with flair or style, but with dogged determination and a workman like attitude of getting on with it. 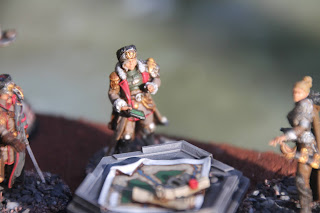 The General pulled shenanigans to get her as a part of his command team; trading the promotion place for his Polkovnik in order to have her posted to the 540th.  She wears the rank slides of a Podpolkovnik, which is a measure of the value he puts on her presence and abilities. 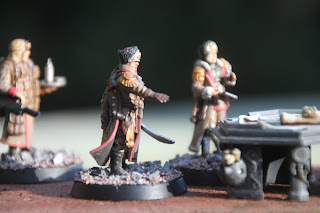 The General describes what he wants to happen.  He and the other major unit commanders in XVII Korps have a daily vox call with 2*General Tolstoy, the Korps Commander at noon local time. 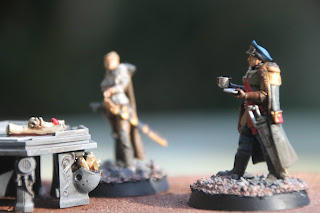 Taking a cue from General Welbhann, one of his fellow Divisional Commanders, he has his command team listen in on the call, able to feed him written notes during the call and of course, being up to speed themselves should they find themselves in command.
Posted by Zzzzzz at 10:38