So Abingdon Wargaming Club host 'Overlord' every year.  Who knew ?!  It's not that far away so, despite it being Mothering Sunday, I was let out for a couple of hours (the numbskulls and I having excelled at making the morning a success). 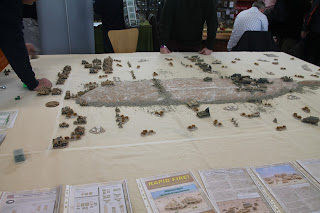 Knowing how popular Bolt Action is these days, I could not resist a gorp at this beautiful North Africa game.  The 1942 military hardware really brings home the massive leaps in military technology and production capacity that happened during the war. 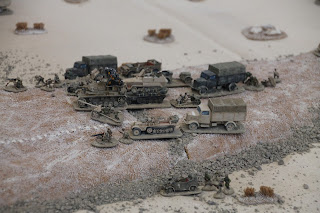 And whilst wargamers tend not to paint things like they're entering golden demon competitions, I'd be more than happy with these armies. 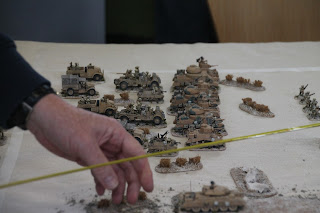 Coupled with the well done table, it made for a really engaging spectacle. 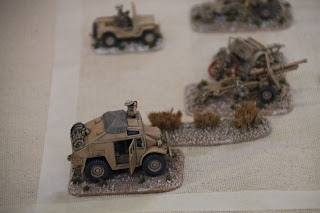 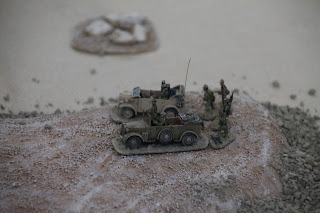 Command Sections.  More important than actual fighting power, but it's a bugger to turn that into something that feels like it on a table top. 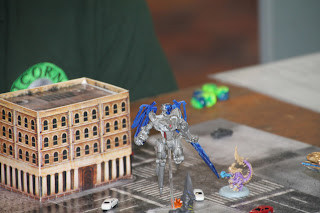 The rotating monsters vs mecha game; you could rock up, take a mecha or a monster, wander into the city, have a fight and bow out gracefully as a winner or be carried out as a looser. 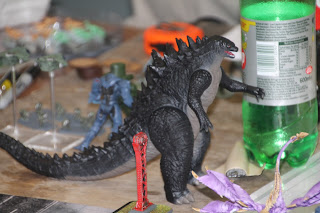 Mr Lee (of Mr Lee's Painting Emporium)'s eldest progeny was getting really into this. 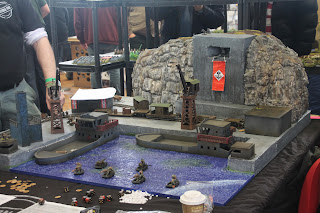 Whilst Mr Lee himself was giving this game a bit of attention.  Nazi dwarves and Brit Orks.  Impressive board for their cockleshell orks game. 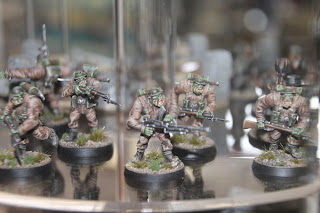 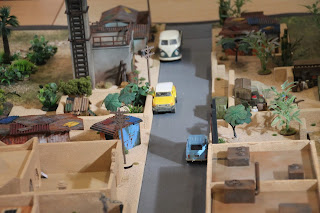 And some impressive terrain for a 'Skirmish Sangin' demo game.  With the increasing quality of ultra moderns and near future (although for near future games, the loss of Pig Iron is a blow) figures should mean we see more games like this.  And it was a good looking game, using the same figures with some 4Ground or Sarrissa ruins could quite easily be Syria or somewhere in the Ukraine.  It does feel a bit weird to be writing that, but we havn't been out of Afghanistan for that long. 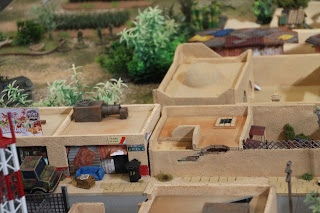 The event was held in a school.  There was free on site parking, which is great.  A good bring and buy and loads of trade stands.  It was in three rooms and the refectory was open for most of the day.  It's not Salute, but if you only live a half hour drive away, it's gotta be a winner.  More in the next post.
Posted by Zzzzzz at 08:49