One of the things I like about these occasions is that you can see all most any sort of game next to each other.  So ancients - Romans (what have they ever done for us ?) vs Carthaginians.  Gotta love an elephant or two. 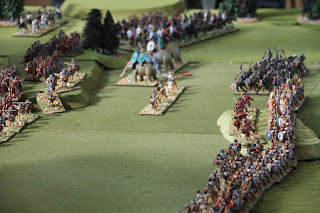 These gents had played this morning and the Carthaginians won.  They swapped sides and the man I spoke to said he thought that the Romans were going to win,  Equity for the little men, but not the players. 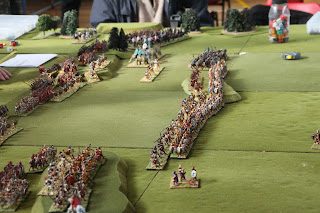 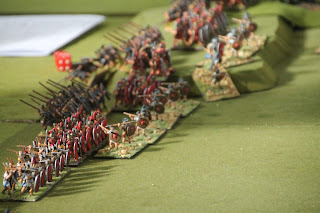 And on to Napoleonics.  These were large scale figures, 54s.  One of the things here is that for Napoleonic battles, at this scale, you're either fighting a capsule within a larger battle (the ol' 40K "It's the crux of a larger battle" thing).  Or the figures each represent tens of men.  Neither of which is really satisfactory, to my mind. 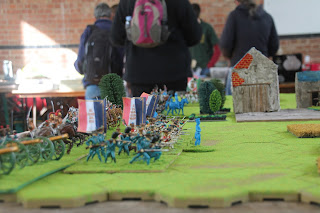 But it is very visually engaging, The 54s do look good and make for quite a spectacle. 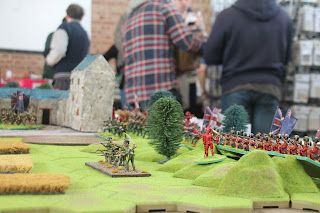 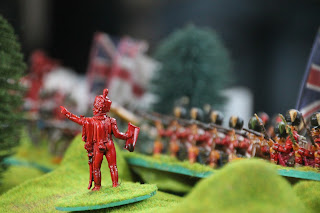 Whatever rules these people were using, it involved painting the leaders in block colours for some reason.  But they still good good.  weird. 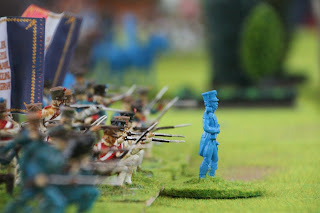 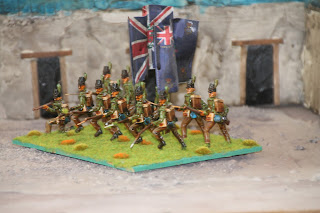 Another large scale game.  WW1, with a good looking board. 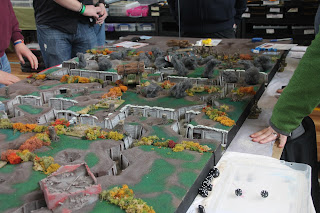 And it's suitably scaled flyer. 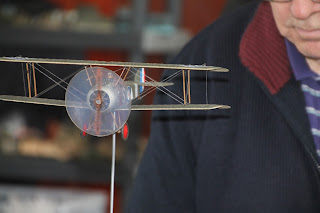 And "Age of Sigmar"  the figures look attractive enough and if this hadn't been what it is, might have got a bit more attention. 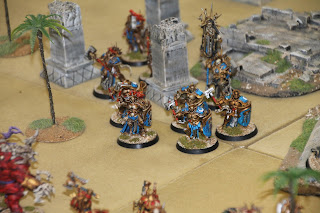 But all I can think about is that they blew up the Old World.  I'd wanted to see Kislev, Nippon and the mercenaries return.  Not the whole place blown to smithereens.  Oh well. 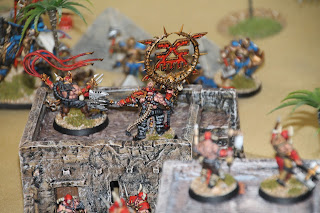 Holding the event in a school is OK, there are three large main rooms (school halls, obviously) but the school is largely hidden behind the trade stands.  You could buy just about anything (my haul will be in post three) including Deathwatch and so on.  The bring and buy even had a Game of Thrones game in it, but it had been reserved or sold already.
Posted by Zzzzzz at 08:02