Really quite different from the Trumpet Scratchings or whatever they're called. 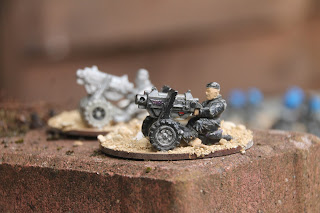 These were in bits so I found bases (with circular cut outs for the loaders), and stuck 'em down. 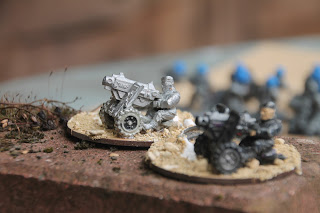 So what they need now is a paint job to match the rest of the 2nd Ed Storm Trooper platoon. 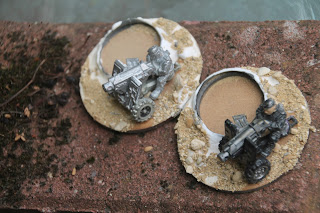 So I've picked out the other models who could all be given the same treatment to add some strength to the unit.  Now, I get the impression that these were not previously completed as they did not fit the list that their previous Admiral ran. 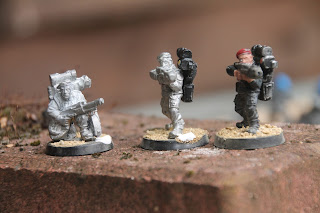 But I can see a future for these guys, even if they go into a bitsa/remnants squad. 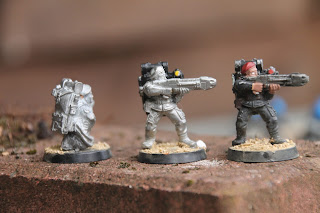 And a taster of the campaign's future: