On the Brick of Scrutiny now are some more items assembled from the bounty from Devon.  These models are packed with character, but a bit of an arse; originally people used them just as stand alone models with the loader hanging around close by. 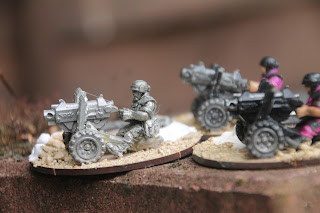 Whilst that's fine and I'd have no problem with anyone who brought something like that here to play, nonetheless, I think they'll be better on bases.  So these guys will go grey with blue helmets. 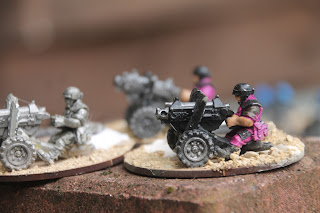 The original natty purple uniforms provoke a number of questions. 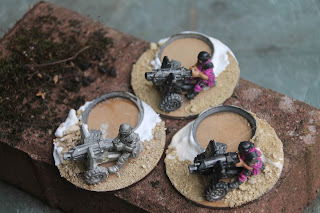 Here showing the spaces for the loaders.  This 25mm conduit is ever so slightly bigger than the stuff I previously used - I grabbed a few small bits from a job I was on in 2012, but doing this only uses ~3mm at a time, so using up the 10cm I've got is going to take some time. 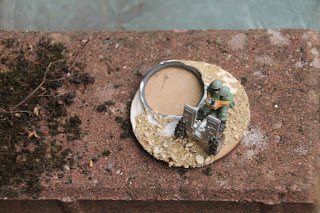 And there's this guy as well, who unfortunately appears to have mislaid his 2ed Heavy Bolter.  Now, I seem to remember getting one through the post, but there's a chance that weapon might be on one of the other gun carriages already. 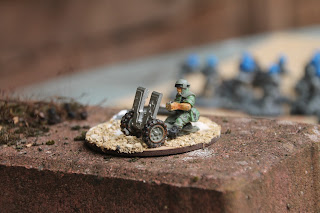 So I may pull out a plastic HB and cut it down to the right length and perhaps use a bolter magazine from a SM kit.  If I can hide the join where the shield is, so much the better.
Posted by Zzzzzz at 02:48