You may remember me talking about posting and suggesting that posts about the Imperial Guard were generally easier because I was more familiar with what I actually have and who might be added in the near future.

And then there is my previous post about the Tigers which includes a bit of exposition about filling the army out.  But then I found another two trays in another army box.  So here they are again: 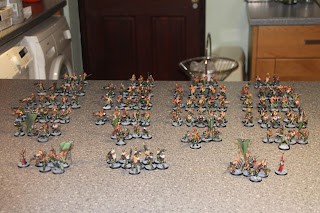 That's four platoons of three squads and one SWS.  Coy HQ and Coy 2iC's command team and then Gunny Harker and his animal welfare team front and centre. 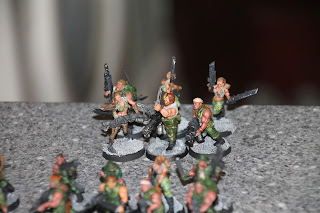 The first platoon's SWS, three flamers.  Every rifle squad in the entire army has a flamer 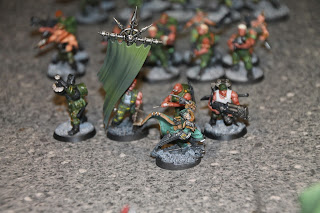 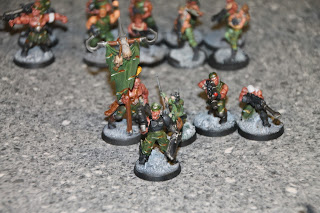 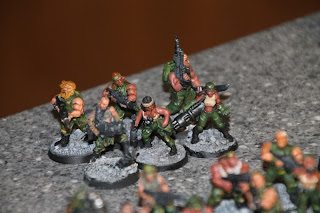 Second platoon's SWS, two heavy stubbers and a GL (yeah, I know, but not every army is organised according to the Tactica Imperialis). 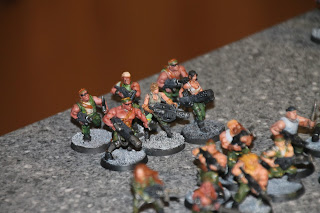 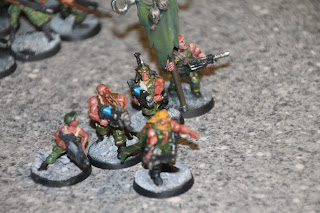 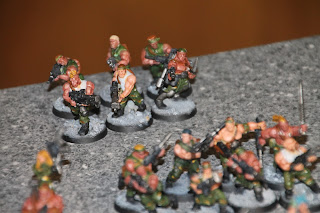 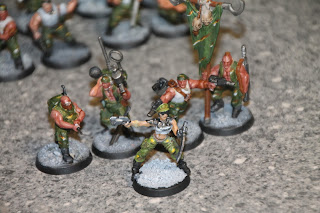 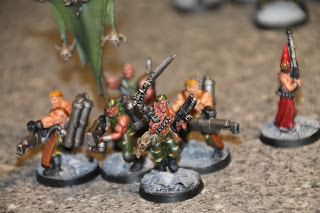 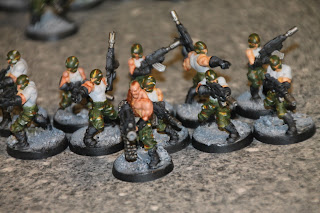 Gunny Harker and the vets. 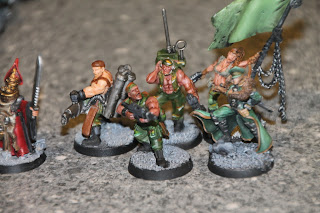 Coy 2iC, Capt Pundit and her team, along with attendant apostate bishop.  'Cause why wouldn't you ? 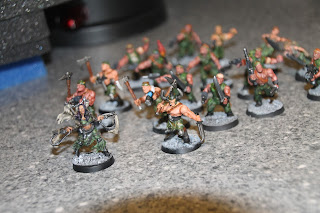 The leftovers - a mobbed up platoon of lots of guys with warrior weapons (so digging that rule out for these) or maybe conscripts. 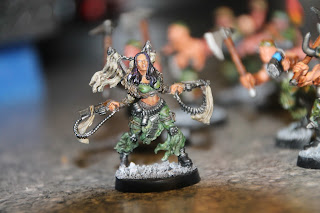 Their leader - freed from a state penitentiary by Chaux Na M'rsee (where she was for serial killing her husbands) now serving the cause of feminism by leading a testosterone fuelled mob of meatheads against the forces of oppression.