Aged 15 when war broke out, Shioban was immediately drawn to the dashing young Maytion Hakisake, the son of the Minister for Munitions.  He featured prominently in the publicity material designed to get the natives of Devos IV to volunteer for Imperial service.  He joined the Hulin Rifles, whose personnel were largely drawn from the Drookian diaspora.  The publicity campaign was a triumph for the Plenipotentiate for Moral and Propaganda - the Hulin Rifles continues to recruit almost every eligible volunteer from the Drookian population of Devos IV. 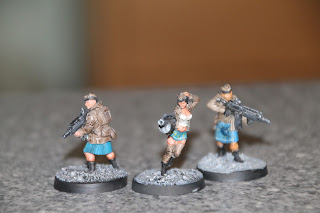 The young 2Lt Hakisake was accepted into Imperial service and commissioned in one smooth career move.  This transformation from school boy to officer may have had more to do with Moral and Propaganda than with military efficacy but he would have been worth just as much to the cause as martyr.  He was one of the first intake of young officers placed in the care of a cadre of experienced personnel (which included the newly promoted 1st Sgt Maxwell). The last three years have seen him become a proper soldier and capable officer. 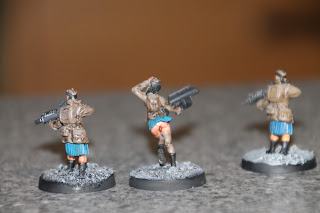 As the daughter of a single mother, she was close to her mother and used to share a lot with her. Shioban used to discuss the gallant Lt Hakisake with her mother.  Her mother would warn her that men like that, members of the planetary nobility, might indulge in a fling with a Drookian girl but would never admit the affair and certainly not marry her.  It seems that despite this conversation being played out many times, Shioban failed to take on board her mother's advice. 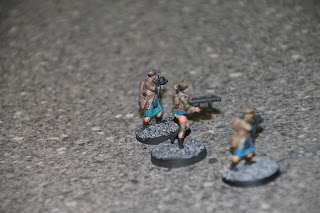 At the age of 17 she enlisted, volunteering for the Hulin Rifles.  Unusually, the Minister for Munitions intervened and had Shioban sent home again.  However, the Imperium will not be denied its pound of flesh and she was loaded on to the next intake. Realising that to be close to an officer meant being in a command squad, after her basic training she elected to become a grenadier (ie with a Grenade Launcher, not a pseudo Kasarkin). 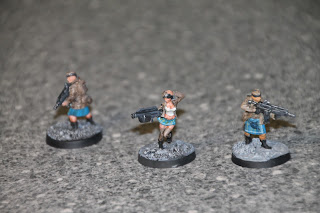 Somehow, she has ended up in the now experienced Lt Hakisake's platoon.  Weirdly to him, he seems comfortable around PFC Racitte, as if he had known her all his life.  She is still lovestruck. Their association becomes ever closer.