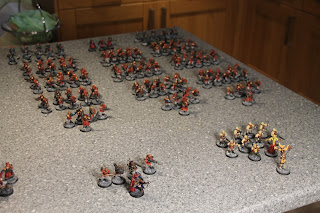 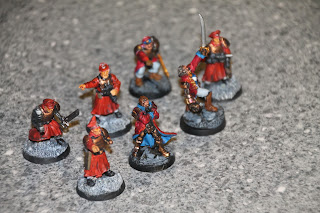 The spare officers.  A sort of high command for the PDF; I could add at few guys and make a command squad or two for the heavy weapons and the heavy artillery. 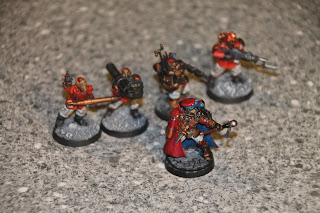 CCS with missile launcher and master vox.  Everyone needs a stick with chromed baby's skull on it to point at things with.  That guy does need more work.... 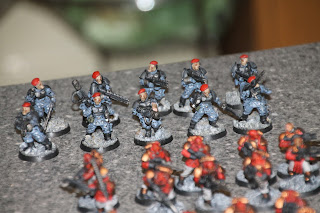 There are two melta vet squads, the guys in the Russian internal security uniforms and red berets. 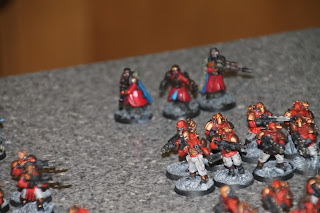 There are three guys in this mode: there could be more of these depending on the future developments with the Death Brigade guys (next post). 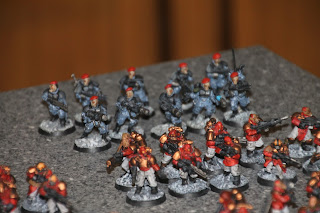 The other melta vet squad.  These guys have a chimera each. 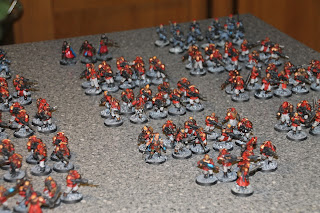 But I think this is pretty good core for this unit.  And they all fit in one KR case.  With only a little doubling up. So any further expansion is going to mean breaking into another KR case.  So it could easily comprise of another platoon or two.  Or perhaps four platoons of four. 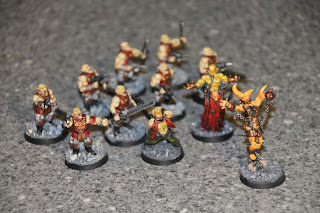 And this is the weirdvane squad with all it's attendant warp spawned freakiness.  In this layout, that makes the deamonhost model a Primaris Psyker.
Posted by Zzzzzz at 01:20