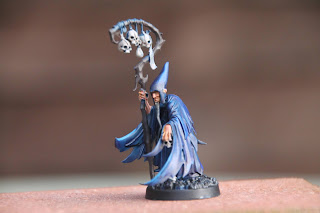 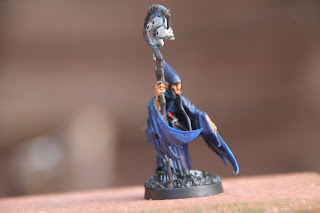 In his youth, he went from the Scola Progenium to being an Inquisitorial Storm Trooper.  With the death of Inquisitor Dweena, he took the chance to use his Scola contacts to change the direction of his life and became a Commissar for the Departmento Munitorium and spent two decades with armoured units from Vaust, drop troops from Hyrkon and engineers from Saran. 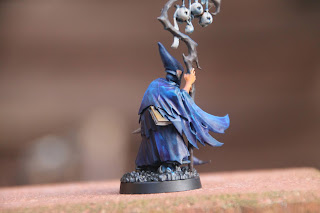 Szpic Ogara is quick witted and a harsh judge.  He is impatient with vacillation and those who fail to live up to their potential but can be emotionally and doctrinally generous to those he believes deserve it.
Posted by Zzzzzz at 11:51