Units rotated out of front deployment are used to keep the rear area secure.  Not having an over abundance of manpower, it's what passes for 'rest' for the Divisions of 17 Corps at the moment. 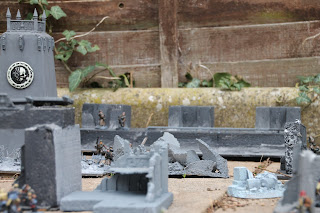 Here the leading squads of the Valhallan Platoon push through another routine day in the war torn landscape. 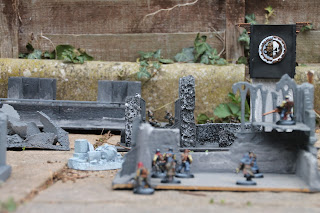 Their progress is being tracked by a cultist sleeper cell.  Their hidden leader quickly lays his plans for an ambush and the heretics swing into action. 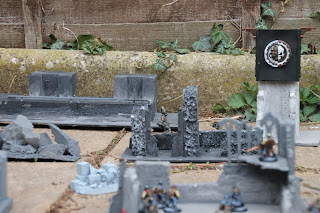 The cultists spring their ambush, using weapons which local law gives them the right to bear for the purposes of self defence. 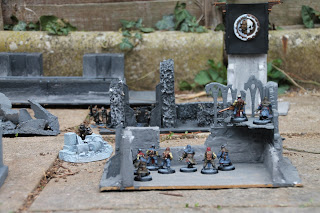 The Valhallan squad moves into cover and begins to return fire.  Unfortunately the elevated position of the cultist's heavy stubber keeps their heads down. 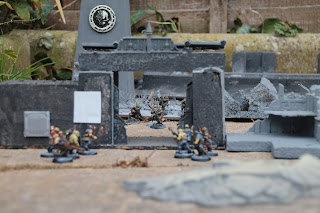 But the second squad are already moving, taking prompt action and keeping moving to outflank the cultist gun position.  But we can see that the cultist's leader has already foreseen this and has pre-positioned a second ambush party. 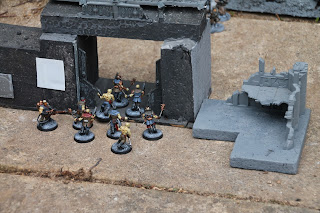 The cultists, either deliberately armed with hand weapons or more likely, they just couldn't get hold of auto rifles like their comrades.  Things are not looking too rosey for the Valhallans. 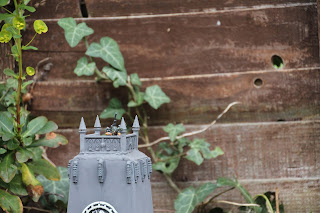 But units of the Imperial Guard do not work in isolation.  The Cadian 144th have been on Devos IV a long time and were experts in infiltration and stealth before they got here.  Sniper teams have been shadowing this infantry squad. 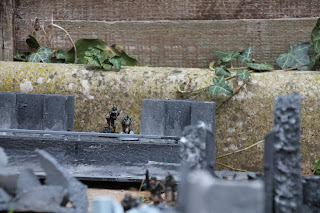 And this one as well. 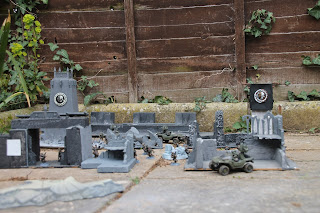 And the 144ths Weasels (auto cannon Taros) are close by and extremely swift to respond to a call for assistance. 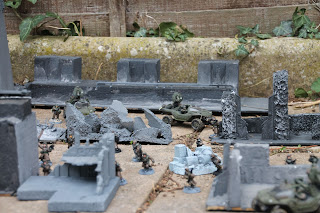 Soon the streets belong to the Imperial Guard again. 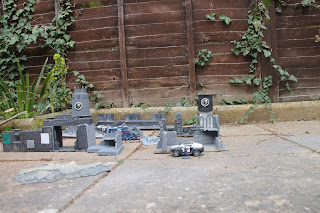 Who themselves make way for the forces of Law and Order, in this instance, the local Adeptus Arbities. 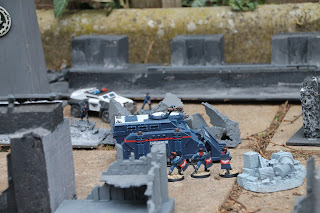 Although, in this time of strife, they tend to patrol in force.  But then, who'd blame them for wanting not to die in some horrid but entirely predictable fashion (considering the presence of cultists) ? 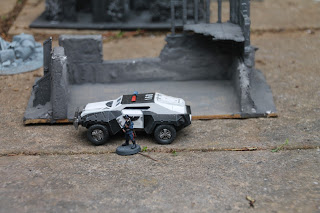