Who are you and what have you done with the real Zzzzzz ?

OK.  The Doom of Mymera caused a barclaycard heamorage.  I kept it bottled for as long as possible and then, in Karitas' kitchen, after a couple of hours of collective nerdery, it just all came out and I splurged on a corsair army.  It was always going to happen; FW has that kind of effect on me. 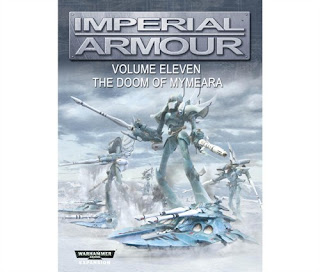 The Raid on Caster Oil Nine made me want a Elysian army.  And an Ork army as well.  But I was in France and able to resist.  The Badab War made me want Spaze Murheens but it soon wore off. 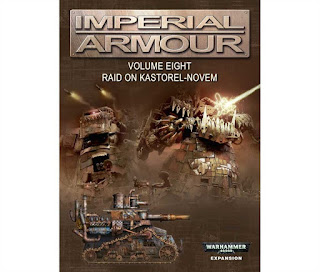 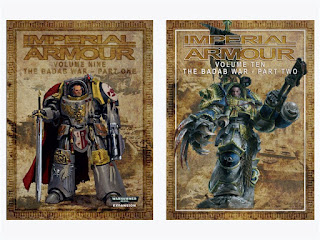 The Fall of Orpheus is a bit like having the pussycatdolls and sugarbabes come on over, strip off and lube up before rubbing themselves all over me; It shouldn't happen, for so many reasons, but I'm enjoying it so much I don't want it to end.  A sort of dirty surprise that I wasn't expecting but is actually quite exciting.  Ahem.

You see, way back in 2007, I wanted an Armeggdon Steel Legion, all IFV mounted, to fight my 28mm wars.  I couldn't find the ASL on the website (who realised that they were 'collectors' items ?) so went looking and found the DKK.  I bought IA5 and was suckered in to the whole DKK and FW thing.  I had all the bits for my Armoured Infantry Coy before I had read the army list :(

So eventually after homebrewing some background, I settled on DKK 19 Armoured Regt from the back of IA1.  Perfect !  I've got my existing army within the TO&E and it includes things I had considered (Salamander scouts, Hydras) but couldn't shoe horn in using any of the Vraks Army lists.

But IA12 includes a list "The Death Korps of Kreig Assault Brigade".  Which would seem to be the natural home for formations like the 19th Armoured Regt (and my collection).  So I (stand by for a shock) am now engrossed in the Army List.  I know, I know, goes against everything I ever stood for etc etc.  But, having found a list I can use with the army I already possess, I find I am engaging with the rules.

So I'm reading rules and not spending money (possibly only because its an Army I already have).  Don't worry, it will pass and normal service will be restored soon.
Posted by Zzzzzz at 09:31