I've got one, "Black and Red" (I know, I can see it too) which is about SoB being called in to assess a world's piety immediately after first contact. 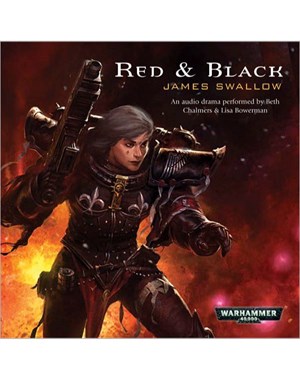 Anyway, the voice actors do the best they can and the direction is what it is and it's all a bit, er, how I would have wanted it to sound had I produced it in 1982.  Lots of forced reaction and caricature with a predictable shoot out at the end.  Now the idea behind the audio book was a good, solid premise for a Grim Dark story.  But it could have been a bigger story, in a book and been quite the piece, instead of being crammed onto one planet in an audio book.  Jus' sayin'.

So they're now offering this: 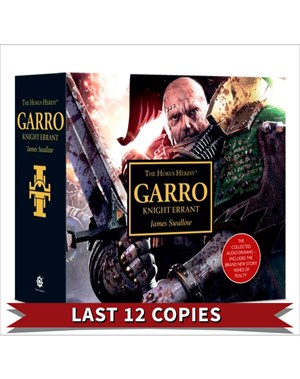 Which I am really interest in - I really quite liked 'Flight of the Eisenthing'.  Any way.  Here's the rub; I have almost no time in my life to listen to things (really  listen, I mean.  The radio may be on the background, but that's background stuff).   Whereas I do read.  I'd like this as a book.  Or books.  Or e-book or e-books.  And having been disappointed by 'Black and Red' I'm not really in the place where I'm gonna blow £50+ on a punt that this might not be as awful.

Another thing is the way in which I consume my hobby product - bit of weird language there, but I hope you get what I mean.  I would want this to sit on my shelf, with the other books I like.  Not be crammed and lost in with the Jason Donovan and Take That CDs.  Oh well, £50 saved, I suppose.

Do I have a point ?  Not really, just sharing an opinion.