More lil'men that I painted. 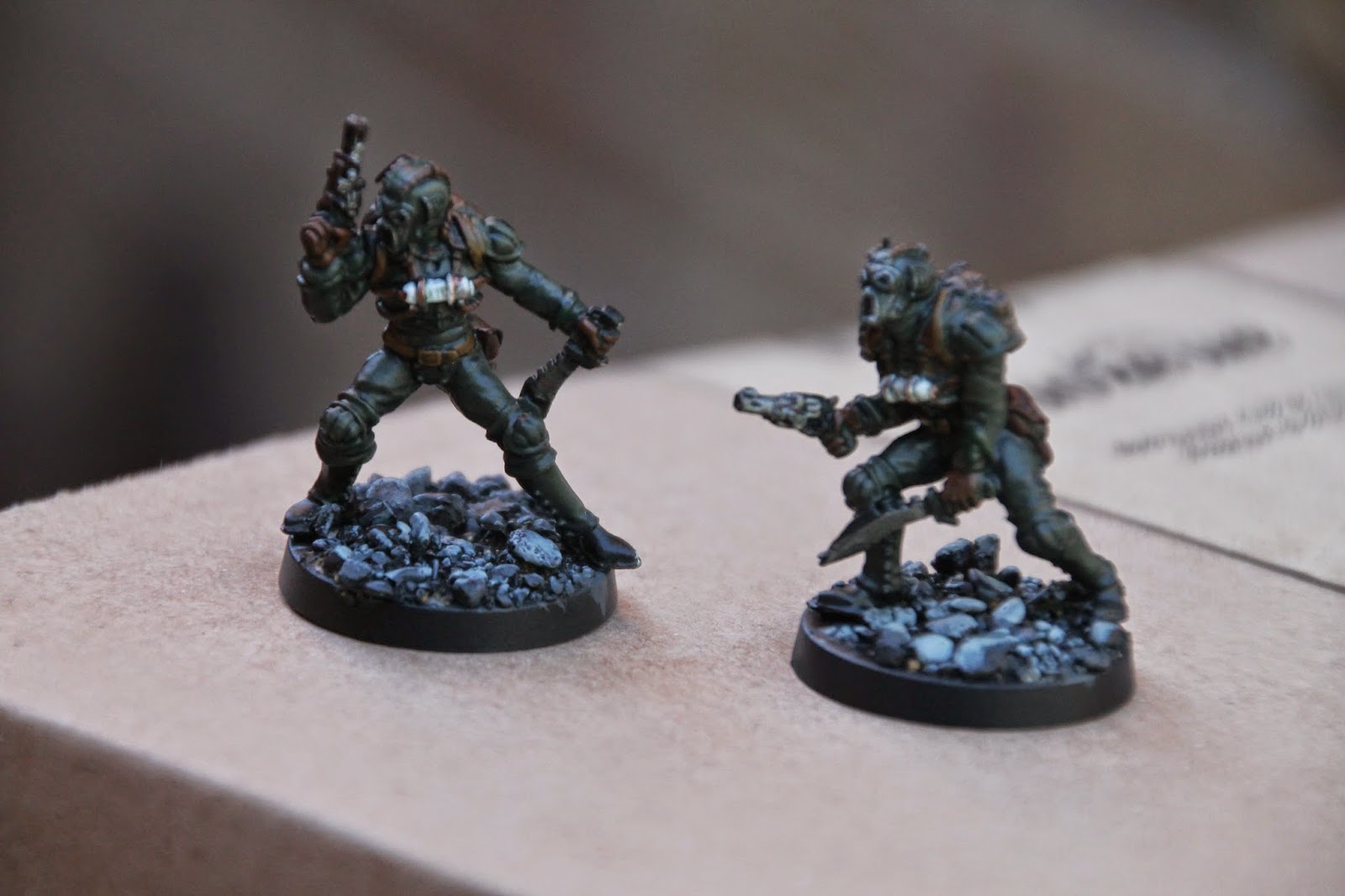 These guys are Malifaux Freikorps.  I was in the FLGS in the Wirral and saw these; they were an impulse purchase, but I kinda like them.  Why anyone commonly known as Friekorps would be seen brandishing a Colt 45 and Kukri god only knows, but I get the impression that that is the point of Malifaux. 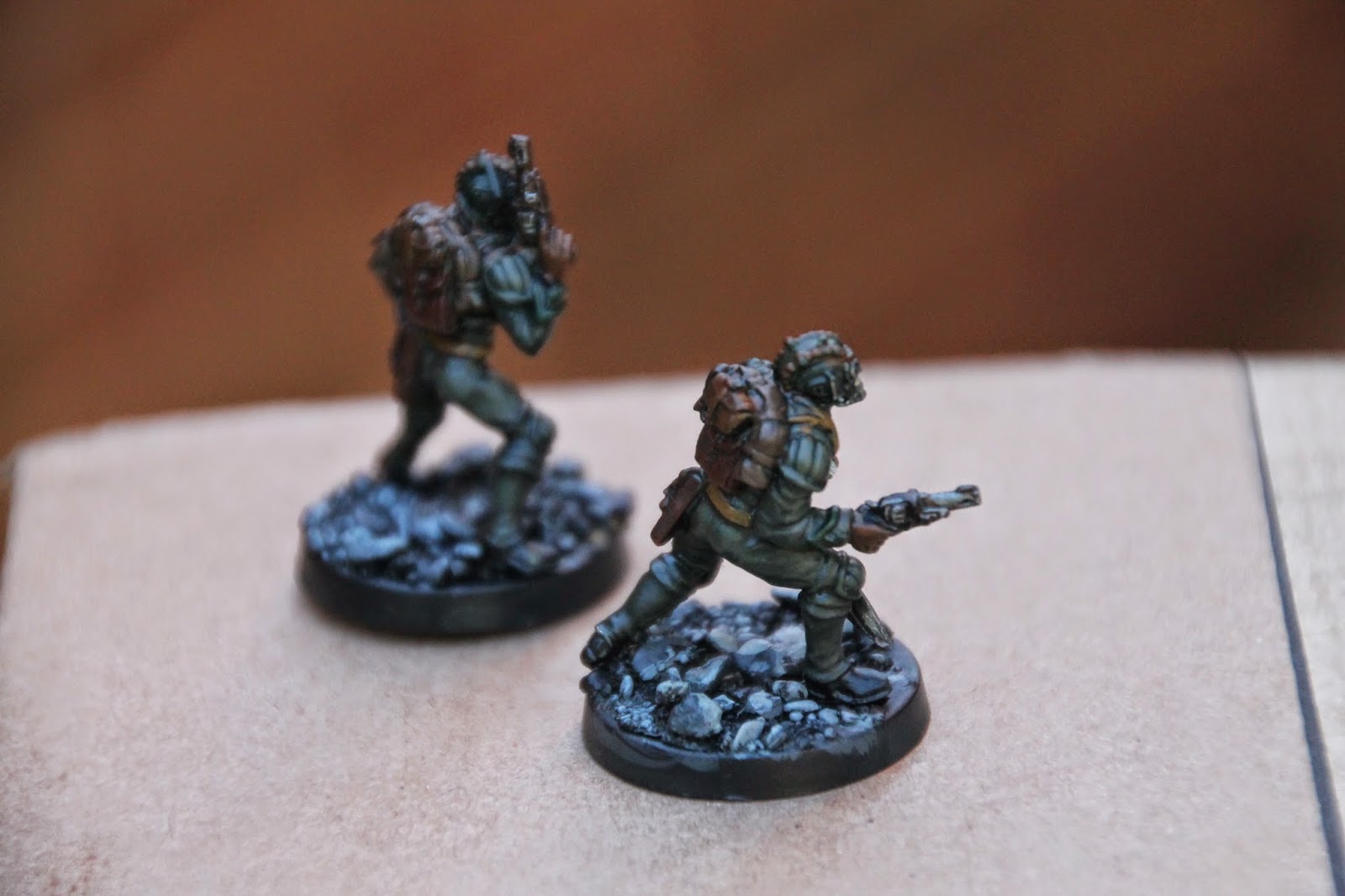 Anyway, they are two likely candidates for a close protection team (counts as bodyguards), intrusion team (counts as deaf cult assassins) or just wounds for an inquisitorial warband.  I dare say that there'll be plenty of excuses to field them, it'll just depend what box they end up living in. 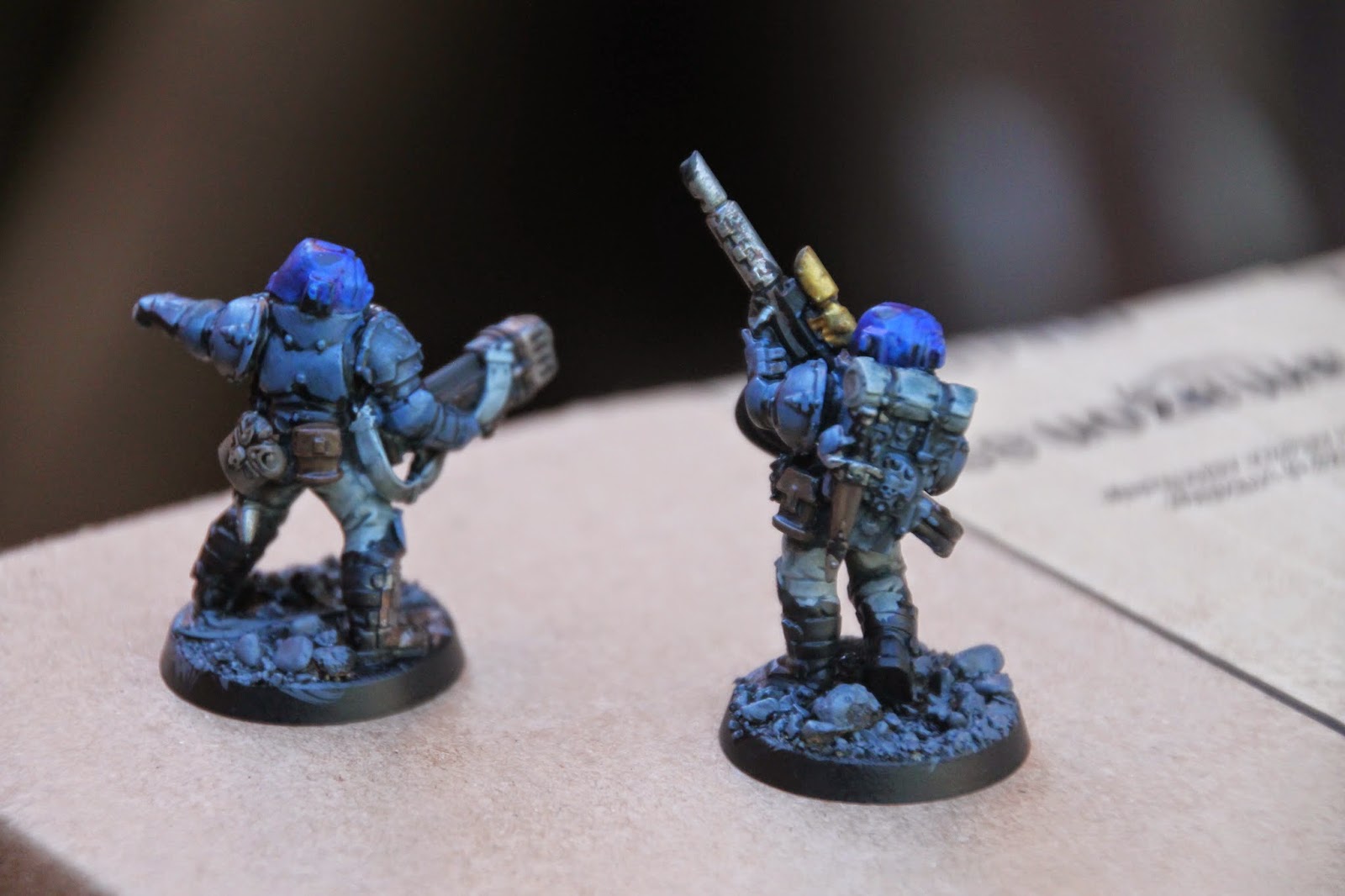 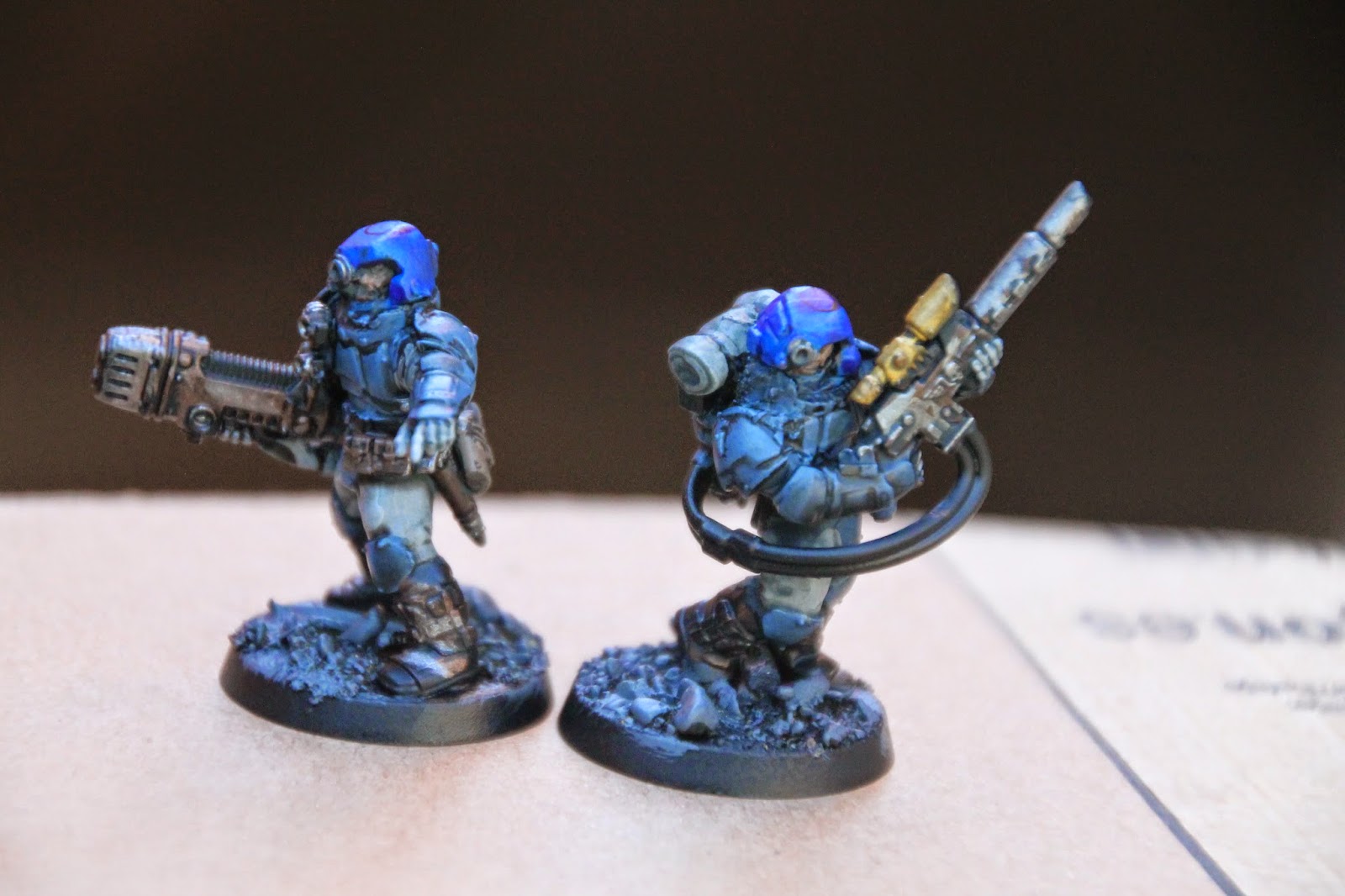 I seriously need to do something about the purple ink spot on the tops of their heads.  It's not too bad in the dim light of the garage, but shows up quite badly in the daylight photos.  Ho hum. 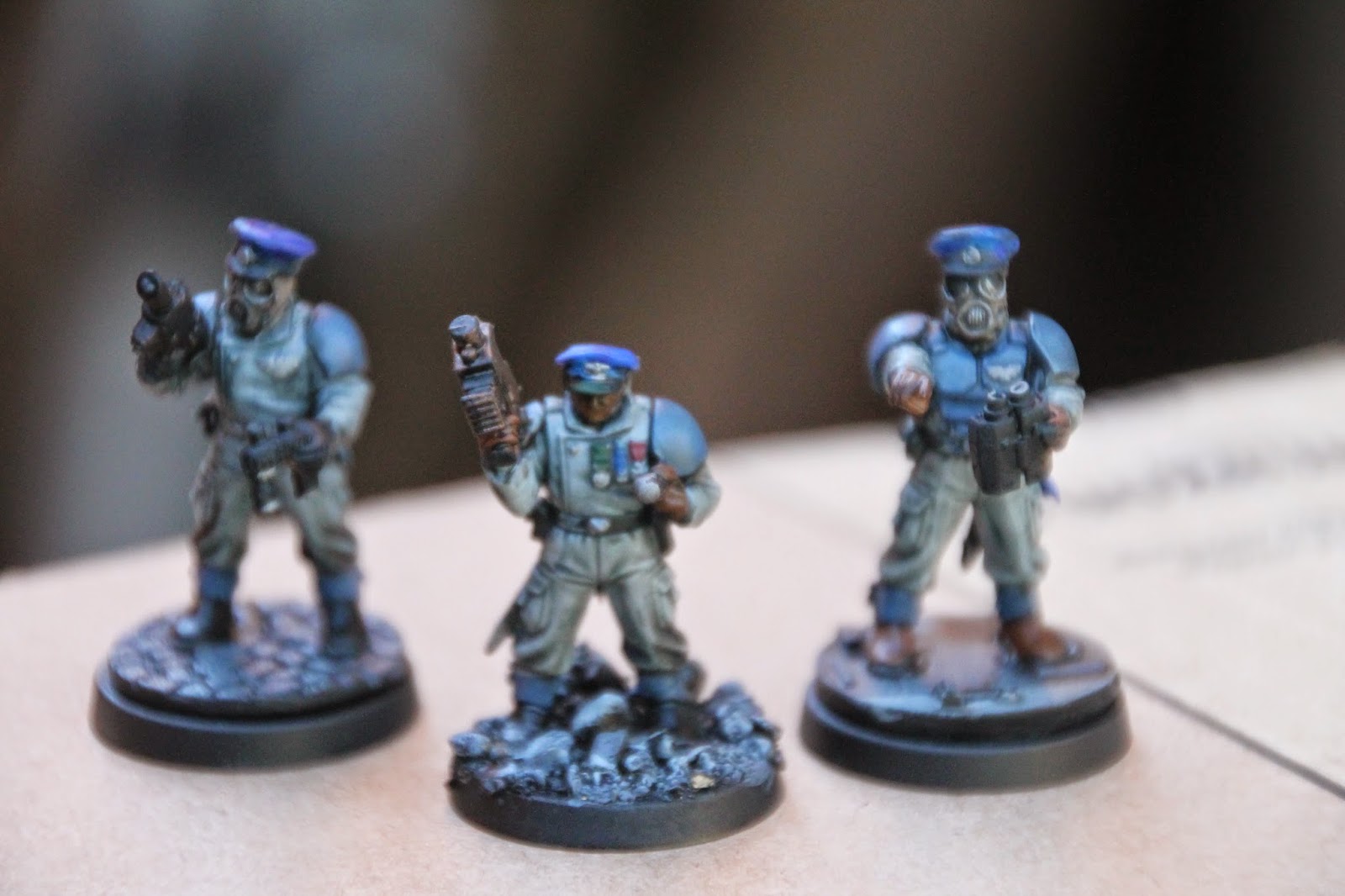 Three officers from the 2nd (LGP) Regt.  There weren't really any to speak of before these three- obviously GW tank crew bodies and legs, assorted GW arms and a pair of Tamiya 1/35 binos - still smaller than the GW 1/58ish giant binos.  No wonder Cadians have big, manly arms, lugging all that over sized kit about. 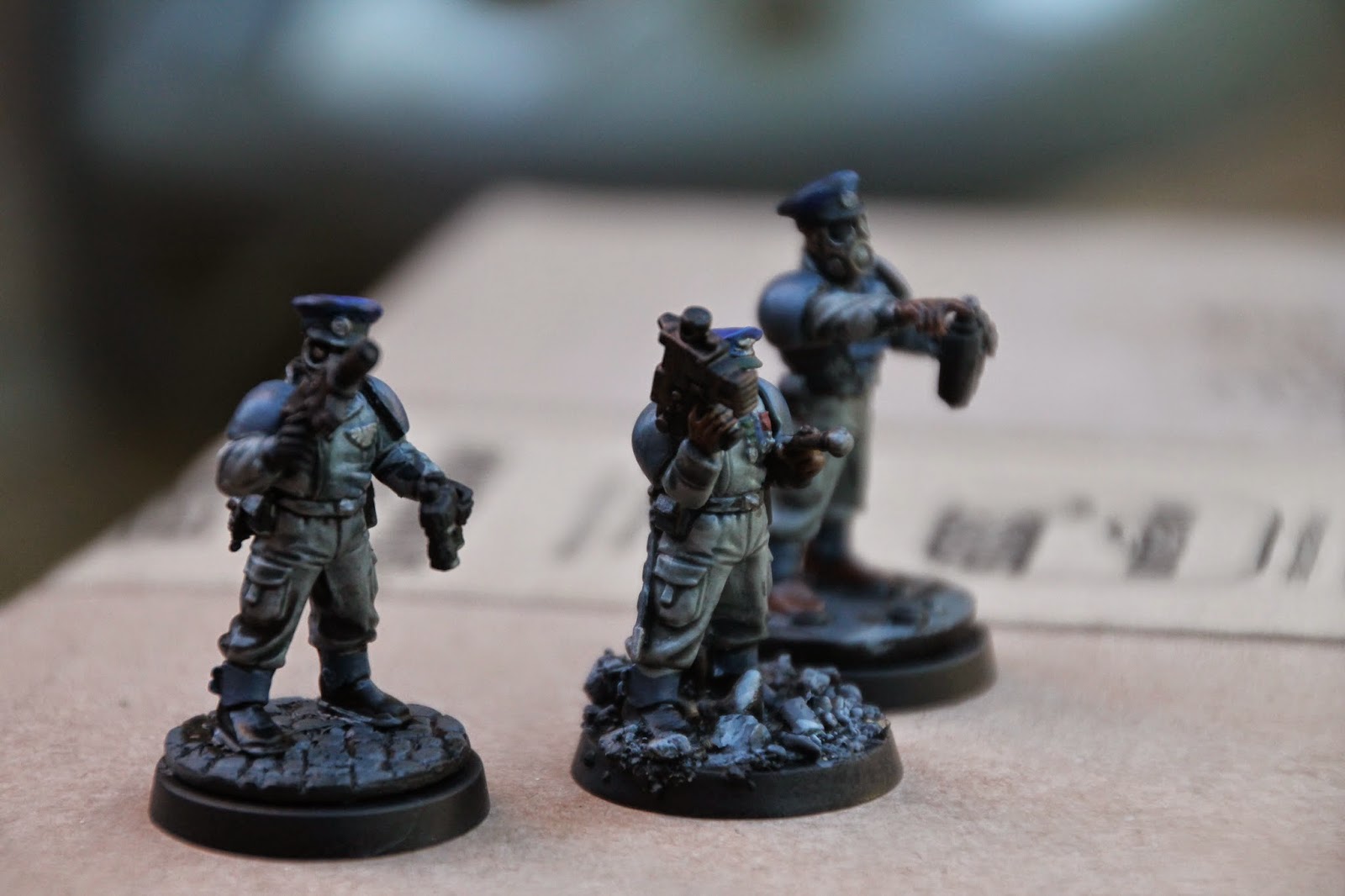 The Officers in gas masks are Puppets War and the other dude has an Eisenkern Officer's head and the GW Officer's body with the medals. 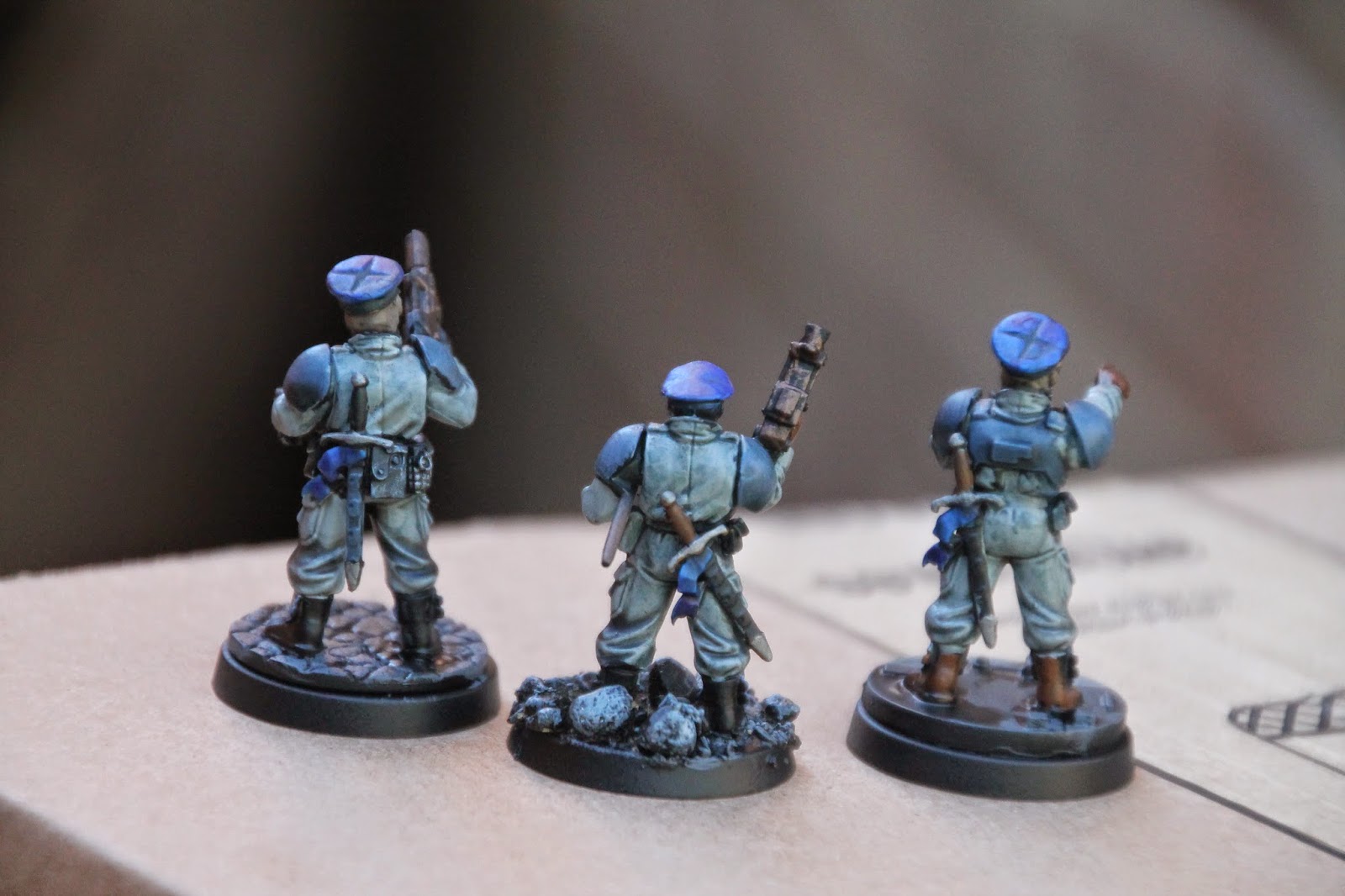 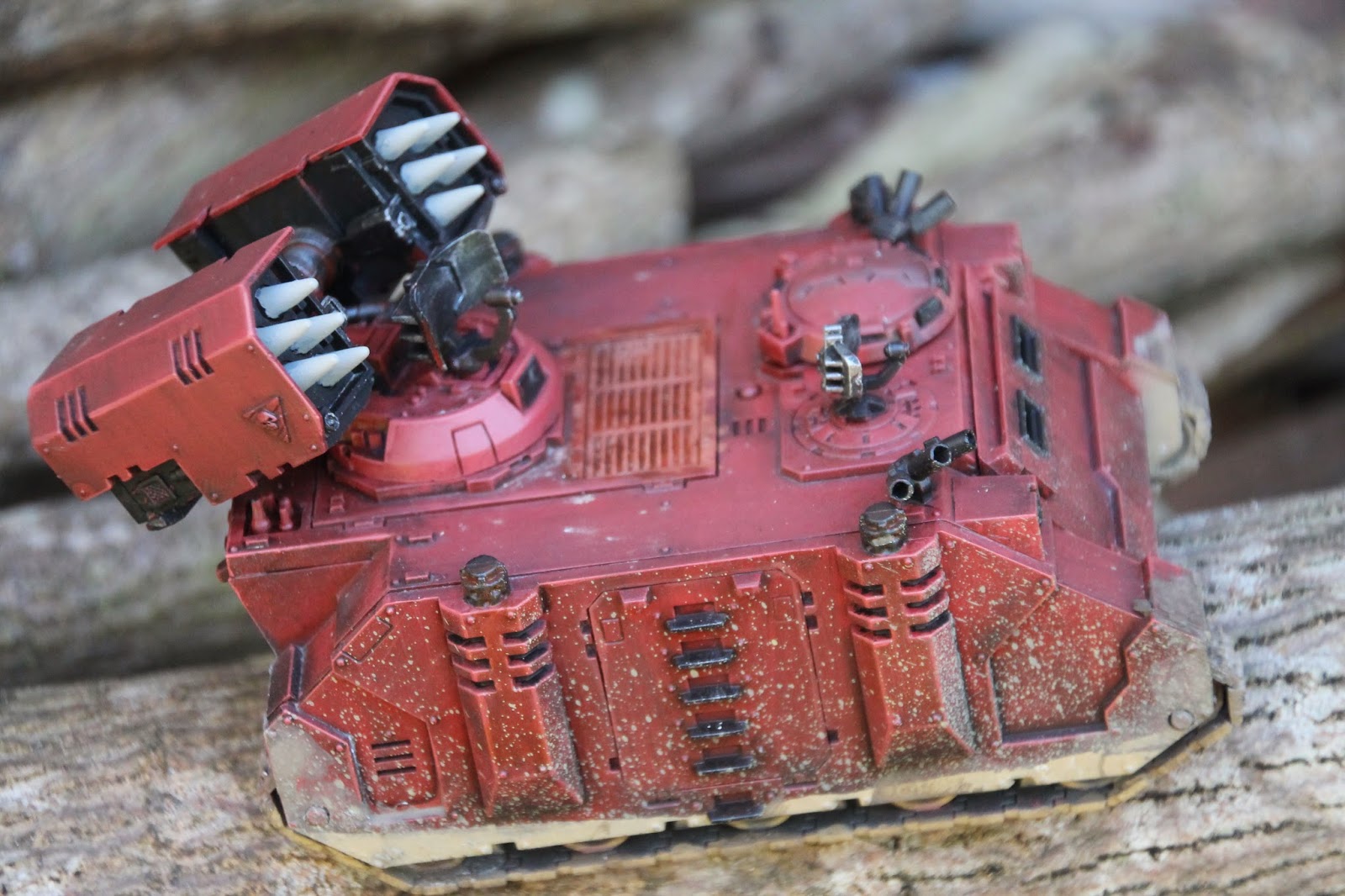 And this is the Ad Mech AAA for protecting the precious Titans from baddies with aircraft.  It was red when I got it; I was basically practising weathering on it.  Hopefully what you see when you look at it is successive layers of mud dried in different colours. 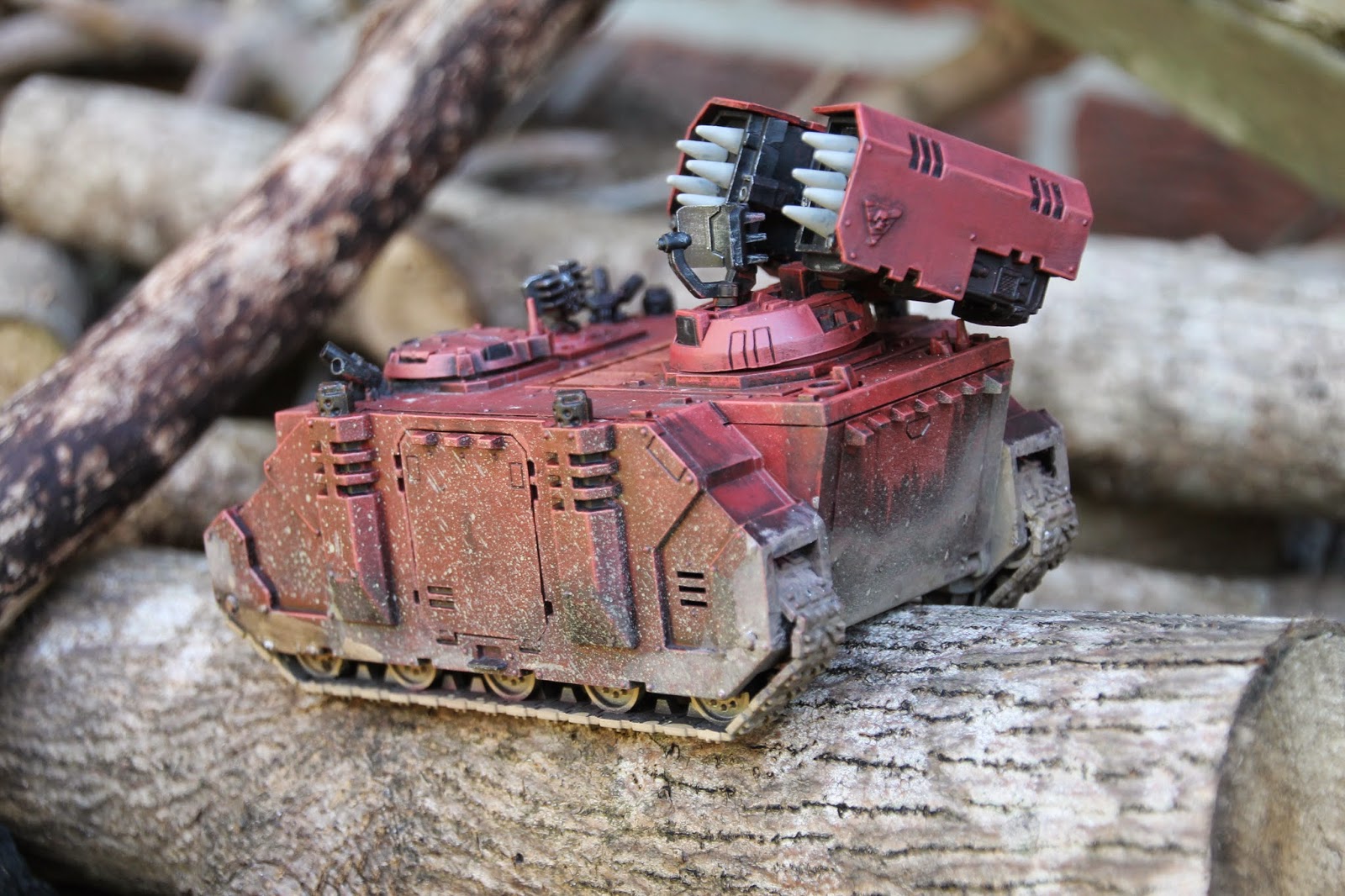 I now think that narratively, it would have made more sense to the casual observer if the older, drier mud had been the lighter colour and the newer, wetter mud was darker - a lesson for future models. In case you're wondering, Salisbury Plain is mostly chalk just under the surface, so the deep liquid mud churned by tracks and HGVs is a sort of bleached bone type colour.
Posted by Zzzzzz at 10:03