Ok. Taken with a telephone whilst I was leaving for work in a hurry. 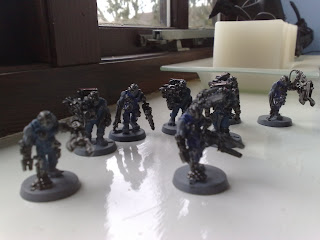 These are all WIP. You'll see that only one or two are based. Above is a flock of servitors. I'm pretty sure that's the right collective. They need their flesh doing and a bit of tidying up. 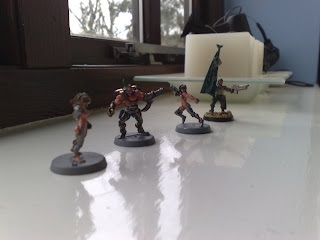 More "servitors". Urban mammoth figures that make nice cyborgs. And a viridian (a scotia grendel one, not a more recent casting) with a catchan flag. I'm going to have to find a picture of a Catchan holding that flag to help me paint it. 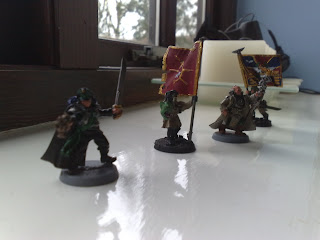 Lord Commissar, ASL man with Orc head and platoon standard. You can't see it in this pciture but the orc head has turned out quite nice and the standard is rubbish. Primaris spooker and metal cadian standard bearer. 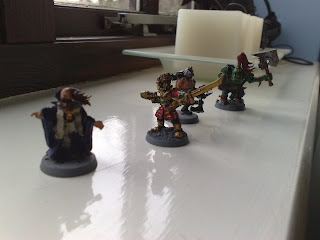 A priest (redemptionist body, mounted maruder head and random hands), Vostroyan officer, DIY servitor and free-with-WD orc nob.
So if the paint jobs are indifferent and WIP and the photography leaves something to be desired, what is the point of this post ? It keeps the blog alive. It shows that I have made some progress since Christmas, despite not being able to get into the garage for the cold. And it hopefully will encourage me to continue working away at it.
I like the Lord Commissar and the Vostroyan - they are OK for the table top and nearly finished. As are the cyborg figures. I suspect that as this batch nears 'ok' status I'll start to feel a bit better about some of the other figures that I have to paint. I hope to have made quite a dent in the 'to paint' bunch before the weather warms up and I get back in to the garage to confront the plastic crack mountain. 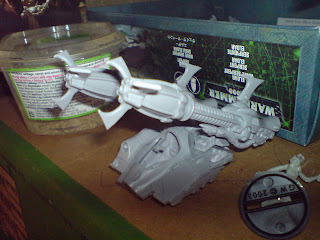 Here she is, in the state that she's been in for well over eighteen months now. A post on WOSH said that nightspinners, nightwings and firestorms would be nice. There are all here now, and have been available for a few years.

Some of the items from IA 1 made it into the Spaze Mhurine codex. The Iggies got some goodies from IA 2. There is no reason to assume that the 'spinner, 'wing and 'storm will make it into a new Eldar Codex. On the other hand, there is no reason that they should not.

Doubtless if you've cast your eyes over my blog you've seen the picgture of me half way up a climb. Climbing is my non-geeky passion and much prefered by Mrs Zzzzzz. So you might think that the unreasonably heavy snowfall in the UK is a gift to the winter climber. Not so. It is, to paraphrase the rail operators, 'the wrong kind of snow'. Massive powder coverage in the UK winter climbers normal playground has reasulted in an avalanche risk that no-one appears to be willing to entertain. The first time I know of where no-one has ventured into the Northern Corries of Caringorm to climb on a winter's day.


So, we went snow-shoeing instead. Snow shoes are everyday items in some parts of the world; but are esoteric and seldom seen artefacts in our maritime winters. The consequence was stomping through a Scotland that looked more like Canada or Northern Europe than I've ever seen before. Or expect to see again, for that matter. 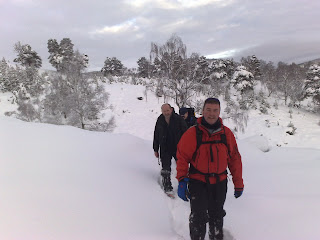 Daytime temperatures were around minus seventeen in the shade and up to a balmy plus six in the sun. Nothing like continental temperatures, but lower than average. Still, the effects and scenery were breath taking. Even producting half decent images from a mobile phone. 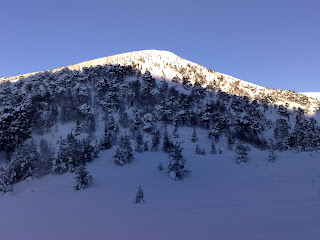 The man dressed as the groom is Robin. The bride, Rachel and he were married on 02 Jan 2010. Robin is primarily a white water paddler, but he is super enthusiastic adventurer; unable to come with us for the w/e 09 to 11 Jan 2010, what follows will probably have him kicking himself. (the blonde lady on the right is Mrs Zzzzzz) 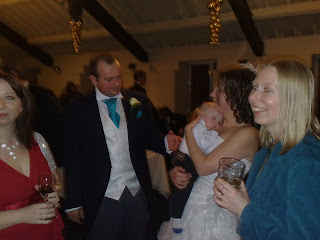 On the Sunday, Wayne (in the red jacket in the nowshoeing picture at the top of this post) found our way to Creag Dubh south of Newtonmore on the recommendation of someone we'd spoken to earlier. Much less snow on the south facing crag and a nice icefall to climb. This picture shows the people who were already on it whilst we geared up and prepared ourselves. 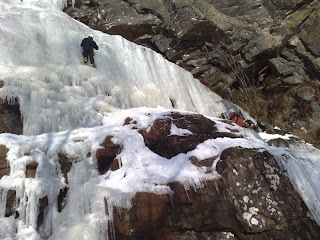 I've not climbed ice like this since 1999 (in Canada, not Scotland). This is Wayne again (in the red jacket in the snow shoeing picture above) on his first ever ice climb. We learned a lot (more ice screws, two ropes, more practice, etc etc ad infinitum) and of course doubtless over the next few weeks, with the benefit of hindsight, it will become more of an acheivement and less of a hardship. I love it, I do. 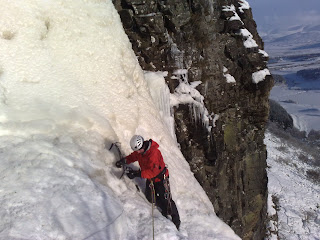 OK. I read Corabina Prime earlier and it got me thinking that I'd not really done so badly this year. This year I have stuck together: