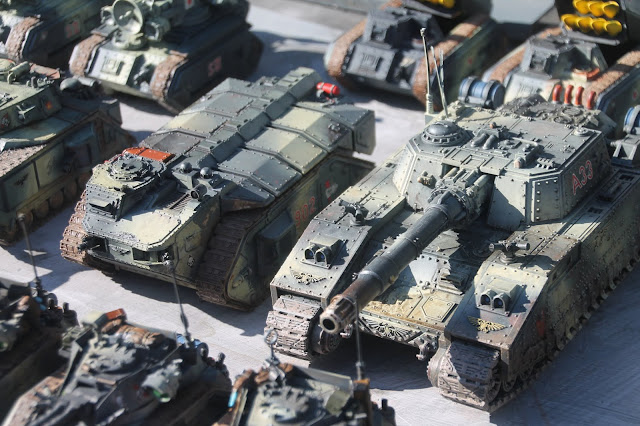 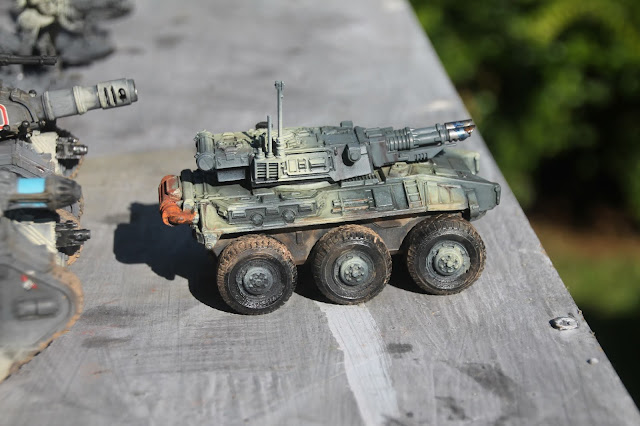 The reoccupation of Valeri Pesh

The Remit's Maw campaign on Jornath saw the KCC and it's allied Imperial Guard units give ground, some of what was given up would need to be recovered.  The Valeri Pesh promethium complex, refinaries, storage, pumping stations for transcontinential pipelines and the supporting infrastructure were ceded to the greenskins.

There was a surgical strike by a small number of Adeptus Astartes which successfully decapitated the Orks therein.  The remaining remaining mobz vied amongst themselves but no one band gained supremacy.

Towards the end of the war, the High Command came under increasing pressure from the Mechanium to re-take the site.  With resources stretched to keep the pressure on elsewhere on Jornath, the only unit available was the remnants of the 334th Iridian Ghosts; a one time full strength IG regiment, during the years it had lost what amounted to eleven battalions worth of fighting power.  The remaining battalion's companies, platoon by platoon were either hardened veterans or utterly disinterested beatniks.

Appealing to the Departmento Munitorium, additional resource was granted.  Four companies of the 772nd Line Regiment and one of Death Riders duly arrived at Korsnokrat.  They were survivors of the Cleansing of Radnor, where they had been clearing a Genestealer infestation from a Hive World. 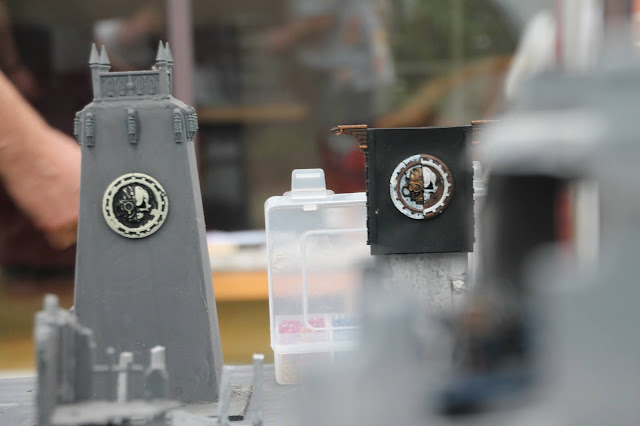 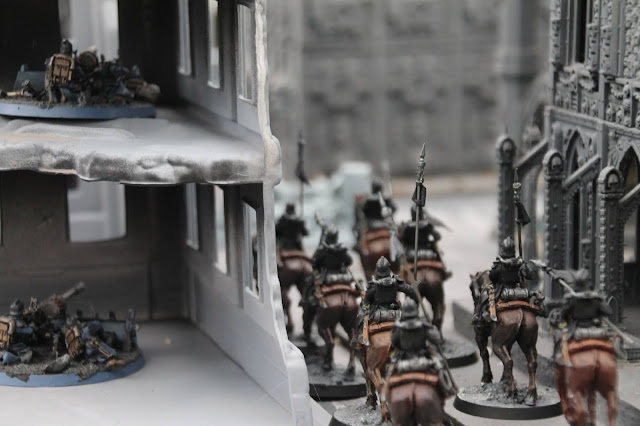 The DKK moving into position

The DKK concept of operations was to patrol into the urban areas draw the mobz onto them, forcing the boyz to attack through a Final Protective Fire (FPF) Fire Plan.  The mobz, when they final fought through the DKK positions, found themselves in Kill Zones set by the Iridian Ghosts.

The concept of operations proved itself a resounding success,  the DKK were reduced to a platoon and two and half squads of Death Riders.  The Ghosts lost 44 KIA and 67 wounded.   As many as six hundred boyz may have been eradicated, the remainder fled Valeri Pesh and were picked off by Sons of Medusa search and destroy teams before reaching any form of safety.