This guy was painted.  And then in a horrific industrial accident, he fell into a tank of of Army Painter strong tone. 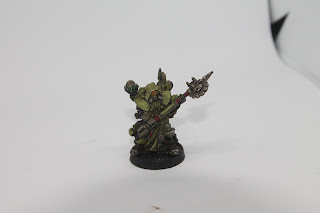 I finally fished him out in November.  He looked like the creature from the Black Lagoon, so I set about him with an old tooth brush and a drop of white spirit. 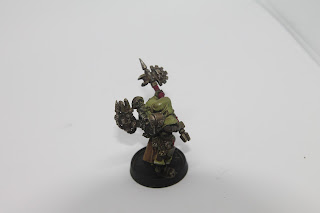 Most of the Khaki colour had turned into a rather attractive almost pastel shade of lime. 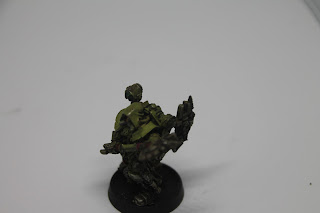 There, just in case you wondered. 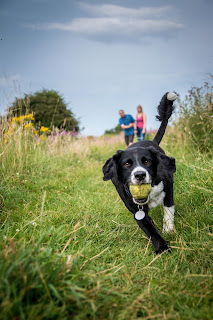 And this one is specifically for Da Redneck Boss.

A little more progress on the DKK LRMBT. 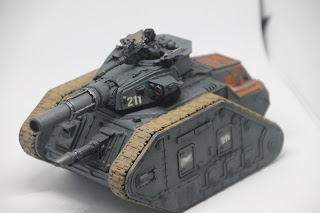 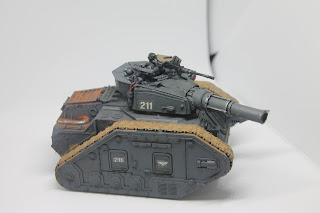 Tracks have tamiya weathering stick (I Love these, but they are a bit on the pricey side) and then Mig european dust slathered on with white spirit. 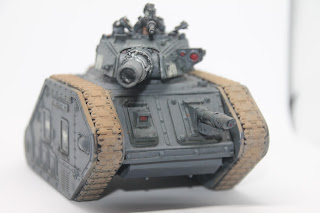 Rust on the exhausts and engine grill covers. 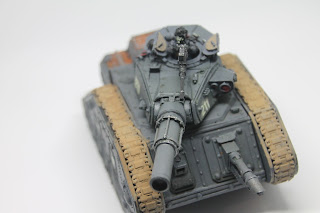 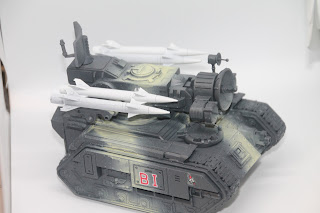 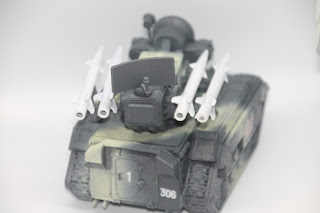 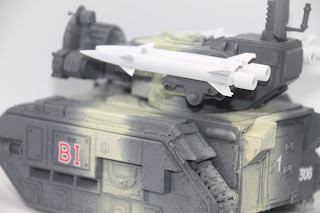 A little bit of chipping.  But not as much as the front line AFVs. 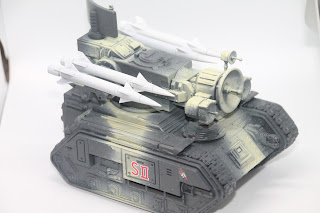 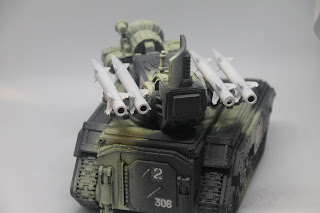 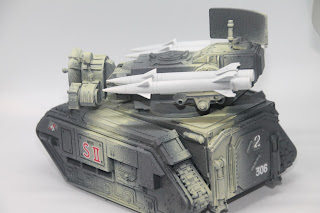 .Then the European Dust powders flinging about 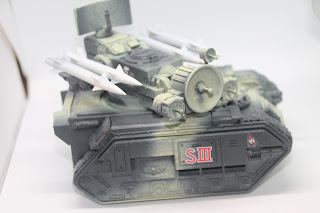 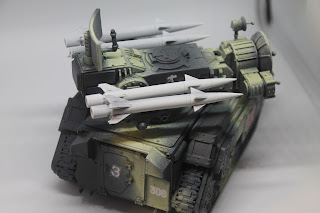 And this bonus motor is from the DKK facebook group.  Now the construction and paint so far is by the previous owner, who is going for a more binary infantry and artillery list. 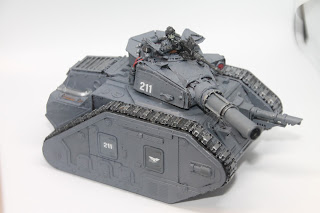 I've put the numbers and eagles on. 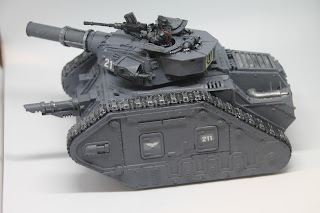 And it'll get the same treatment as the others. 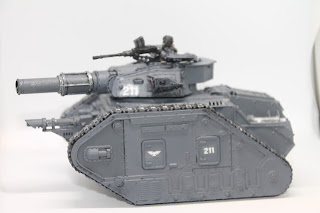 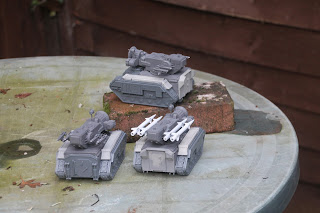 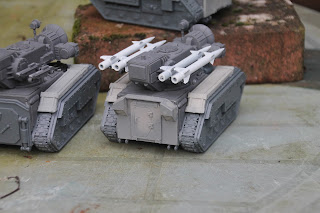 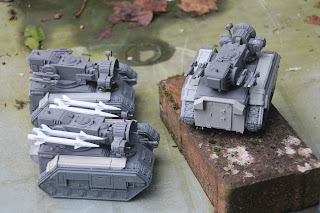 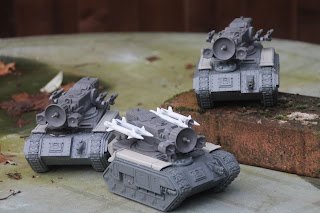 So regular readers* will know that I have rules of acquisition.  The rule is that hobby expenditure is only allowed in order to complete existing projects.  It's always been a sort of 'if you want an excuse not to buy something' sort of thing.  Only with two small girls I ought to cut down my spending (after all the plastic crack mountain is huge already).

The rules took a shoe to the knackers when the Knights came out.

So for 2017 I was supposed to follow the rules more closely.  So let's see how I did:


Some people finance their hobby buy selling on armies that they are no longer using.  I'm not necessarily talking about the new army/net list phenomenon, either.  Although even that in itself is not necessarily a bad thing, the turn over of stuff putting money into 'the hobby' at several levels.  There are plenty of people who use the completion of one army to finance the new, but; I'm not one of them.  For a start none of my armies is ever 'finished' to my way of thinking - so that makes me a collector, rather than a player or a painter.

I have had a go at thinning it all down, I have given chunks of armies away where I thought they might find a loving home.  I have thrown away what might have been ebay lots elsewhere.  But this not withstanding, there's still a way to go  to eat the plastic crack mountain I already have and I'm starting to run out of space in a double garage now...

So that's three new projects there; the SAM Launchers, the STuGs and the Mortian tanks (who knew he'd do a kickstarter ?).   But a grand and a half is still too much.  So next year following the rules will have to be a little tighter.

So take this as a statement of intent.  Expenditure to deliver existing projects is OK, but new stuff isn't.  Cue plastic sisters...

I think putting the spend in the little box on the blog has helped, publicly displaying the amounts, erm, invested, has kept the money haemorrhage in my mind at least. So that stays.

*You can insert your own toilet humour - at 6 and 9, the sylabols 'bum' and 'poo', in any circumstance at all, produce fits of giggles and hours of tedium for adults as the smalls shout 'bum' and 'poo' at each other.  Such is my life.  I blame the parents; trying to teach them about humour.
Posted by Zzzzzz at 22:29 15 comments: