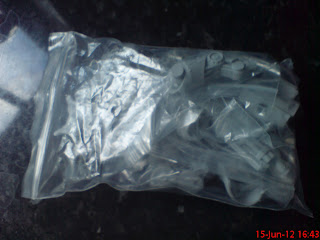 Just the little one, not the big feller.  Got my parcel from the Americas and found this neat little bundle inside. So I washed all the bits and laid them out in the kitchen (as you do with a hulking great war machine).  Obviously not as many bits as the big one, all well cast, no bubbles, no warping, minimal flash. 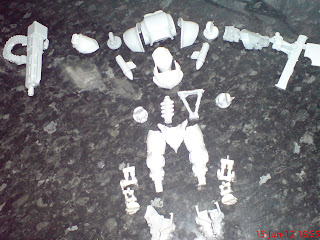 Just to give you some idea of the size of the little one (technically he's 15mm scale, but I suspect that many of them, like mine, have gone for 40k Ad Mech detachments), here it is next to a Prism.  You can see its not gigantic.  But its not small either.  I had looked at WM warjacks and collossals, but their comedy legs put me off and unlike Klaus or Si havn't the patience or engineering wherewithal to correct their ludicrus proportions.  Some of the Lego hero builder kits have possibilities and are dirt cheap, but that's for later... 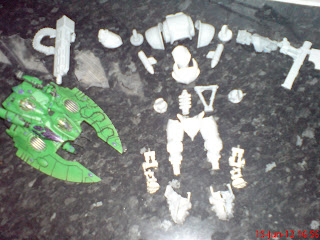 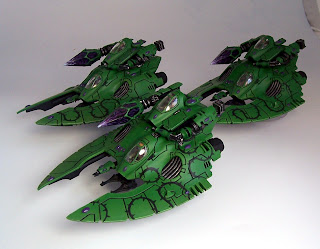 Misfortunately,  One of them didn't make the realspace transit unharmed.  It had clearly been pinned already, so the Golem boys obviously have expereince of the heavy metal Prism Cannon falling off before.  I shall re pin it at some point over the weekend.

With the Cobra, this now gives my Edlar some heavy hitting power.  Which is nice.  Hopefully Bran Redmaw's rabid mutts won't be able to decide between them as targets and I'll bag the lot by turn 3 !

Perils of the Warp

Being flung into it by one of these: 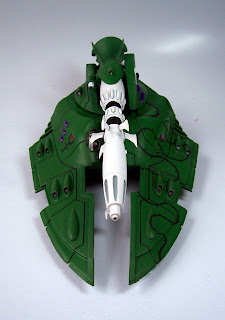 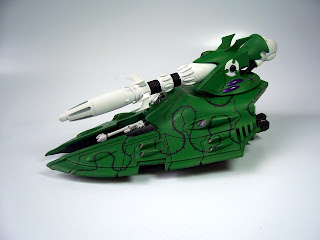 And just in case you were thinking that my wild riders lacked a bit of punch: 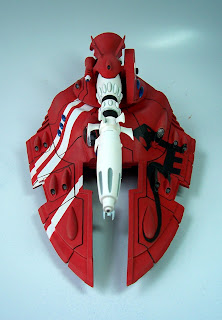 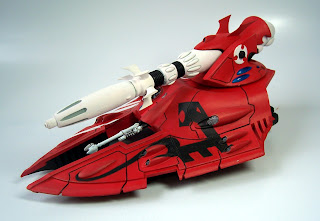 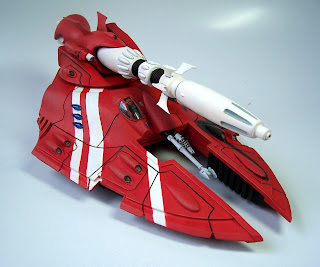 Yee Har, as they say on Craftworld Zzzzz