There is a place for Physical Comdey on Devos IV

But the appearance of a Masque would be more than an excuse for a bit of slapstick.

It's an indication that the Eldar as a whole think there is something going on here which requires intervention.  So they are sort of tumbling, leaping and froliking litmus of likely Elder intervention. 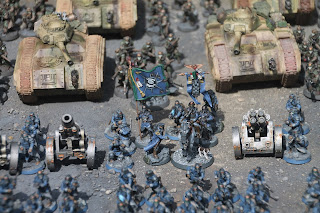 262 Line Infantry Regt are a part of 902 Div XVII Korps 72AG.  G Coy have been reserved by Col Cmdt Welbahn as a part of his ready reserve. 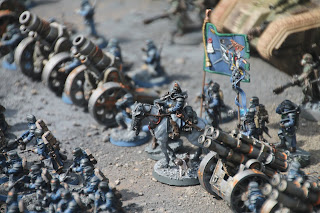 Major Karim leads G Coy and has brought with him a troop of heavy mortars and a troop of Quad Launchers.

He's conscious of the fact that the rest of 262 Regt is dying for Emperor and G Coy is standing by in the rear.  However, he has confidence in Col Cmdt Welbahn and fully expects to be thrown into the Schwerpunkt at the critical time.  Being in reserve with a full detachment from the fellow Krieg 19 Armd Regt gives a feeling of fellowship G Coy wouldn't actually have with the rest of the Divisional reserve.

He's an ordinary son of Krieg from an ordinary background, brought up in the Corinthian hab blocks adjacent to the Stahl arms works.  He fell in love with a daughter of the Tyroc dynasty, but was not of high enough social status to warrant her attention.  This has driven him ever since, with stoicism and determination, already strong Krieg traits, finding new heights in his personal conduct and leadership style.

I wanted to be an architect 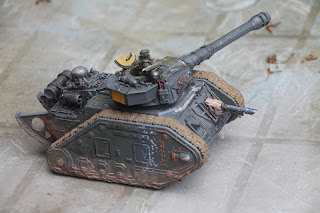 But the careers offices on Krieg offered me ice skater or tank crewman.  At least I've got a seat.

Where are we going ? 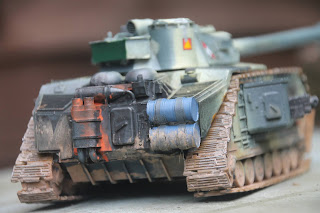 Nowhere if you don't get that track fixed !