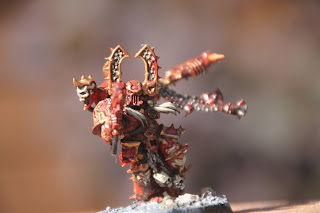 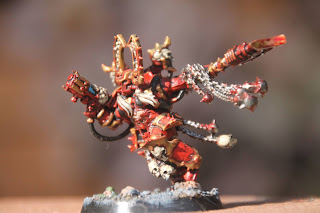 Khan led over twenty adherents of Khorne (cf "Khornate Berserkers") into the resting 1st battalion of the 1293 Hrossy Yeomanry as they pushed into the north eastern quadrant of Xyphonica. 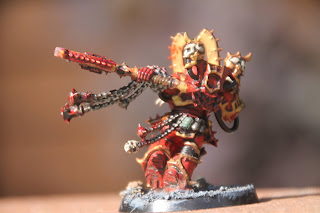 The Chaos space marines, optimised for close combat, were able to cause a disproportionately high number of casualties before being fought off, meaning that the Hrossey Yeomen were then unable to hold their position and had to rolled out of the front line for a considerable time. 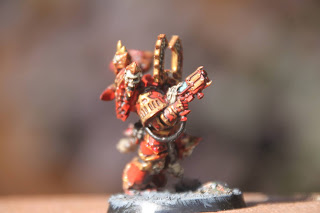 And multiple close and point blank hits by hand held plasma weapons immobilised a lot of the chimera fleet that were lagered in the factory complex.

Labels: Renegades and Heretics, the campaign, The kindness of bloggers. 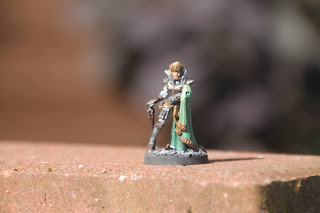 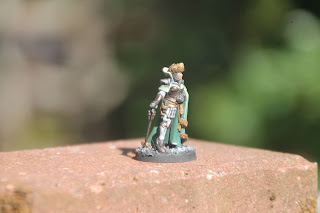 Selected by the Regent General for her Steely Resolve and his appreciation of her ability to keep her mouth shut until she had something to say. 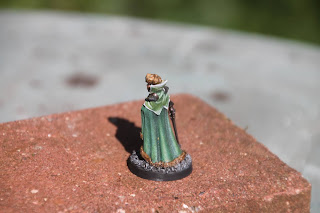 Excellent organisational ability coupled with the tactical flair that comes with the successful command of a Drop Troop Regiment. 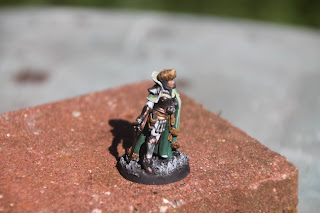 As well as an outrageously vicious streak. 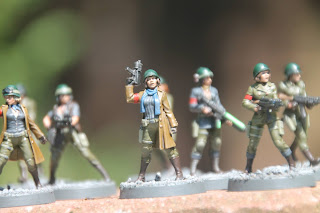 Survivors of a Dark Eldar reaping, these ladies were infants when their community was ravaged.  Their brothers were committed to Scholam which fed recruits directly into the Departmento Munitorium, for induction into the Imperial Guard; occasionally, depending on need and the individual, into the Commissariat or the Storm Troopers of the Hykerion Rangers. 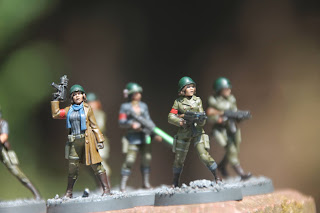 Dissatisfied with their pre-ordained futures as veterinary assistants, they left en-masse to find a future which allowed some pay back to a hostile galaxy. 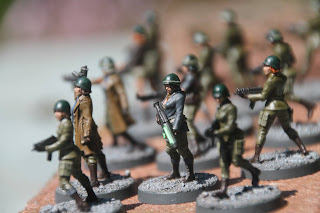 They managed to find somewhere where the submachinegun was taught as a martial art.  They all managed to achieve mastery of the firearm.  In the years since, some of them have also become proficient in other weapons. 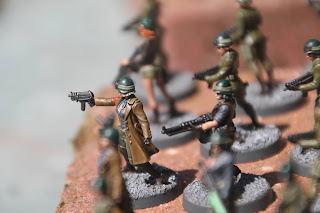 They have managed to find themselves uniforms and elected leaders from amongst their number. 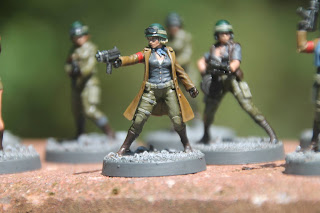 As a formed body, they've presented themselves to the Ordo Xenos as a tool to be used, a weapon to protect humanity, to take the fight to the Xenos. 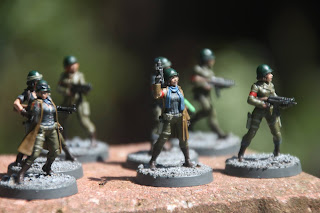 They have been sent to Devos IV with the Holy Ordos mission.  There may be Eldar.

Agents of the Inquisition 9 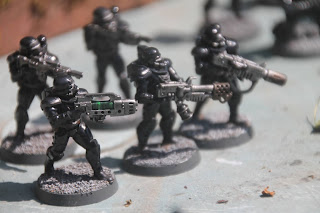 Not Imperial Guard, but personal retainers, hereditary soldiers of one specific dynasty. 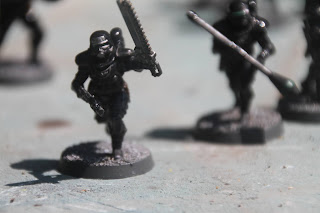 Do not mistake their Askarii status for any lack of professionalism.  These men, the sons and grandsons, cousins and so for many generations, have honed their craft to a fine level. 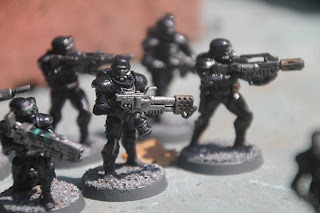 And they are armed and equipped to be the envy of all the 'guard but the Kasarkin.  These men are also schooled in multi layering their thoughts to provide an initial level of protection against psykers. 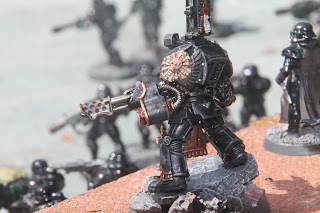 The current scion of the Dynastic house they serve just happens to be a member of the Ordo Malleous. 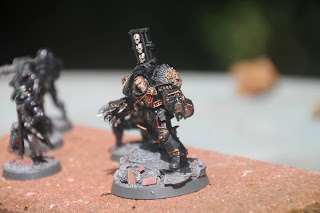 It always helps when the boss enthusiastically leads from the front.  It gives them a sense of confidence as well as purpose. 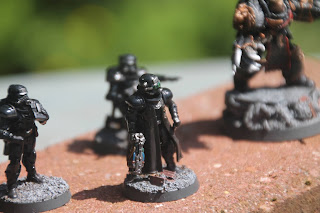 And their leader, the Inquisitor's tool, is also a formidable commander in his own right.

All of the brushwork here was done by Pirate Viking Painting.