As previously discussed, the Imperium of man is a fractured feudalistic thing.  Due to the vagaries of warp travel, the best fit model for political control is the combination of Legislative, executive and judicial in the one body in order to provide adequate governance for the entirety as well an adequate response to outside stimuli.

This was going to be a picture of Bill Gates with his family.  There are loads in google images.  However, the man and his family are still alive and deserve some privacy, so here is a different family.

A dip into the Daniverse or the excellent Enforcer omnibus gives us a glimpse of this; great houses have fiefdoms that can cover several worlds and are employers on a scale that General  Motors would struggle to manage.  These houses have the size and breadth of the Romanov dynasty, the morals and duplicity of the Borgia’s and the comparative stature of the Bonapartes.

These Dyamo own industries, continents and fleets of space craft.  Importantly, they also raise and maintain military forces.  Where the dynasty includes the Planetary Governor, this might be the PDF (supported by universal taxation, perhaps) but even where it does not include the Planetary Governor, the scions of these great houses (and of large criminal gangs, religious bodies, et al) tend to be accompanied by a coterie of bodyguards, usually equipped or augmented to the value to the purse holder of the person being protected[1].

I would venture to suggest that the closer geographically one is to a major trade route, the more of these organisations one would encounter.   And because this system obviously works for the Imperium, it is promoted by and protected by the Imperium.  Only as one travels away from the arteries of the Imperium into the little visited hinterlands, will one encounter worlds who, left to their devices, may have had a renaissance and developed their own (heretical) form of government.

Of course the position and reputation of these houses is maintained by their charitable good works; by which I mean funding cathedral building and the like, rather than disaster relief.   Their first born sons go into the Fleet or the Army, they sponsor a portion of a Rouge Trader’s mission, they pay a tithe to a Chapter of the Astartes.  Like any mega corporation, they become a self-fulfilling prophecy (of one form or another) and suffer from their own internal conflicts (which don’t have to be lethal, they could just be procedural or ethical).

My point is (ha ha, you waiting for it, weren’t you ?), that this is another layer of the same Imperium that is watching itself for psychers, supplying the Departmento Munitorum, keeping tabs on its highest leaders and launching wars.   If you are looking for fluff, there is a bottomless pit of it here. 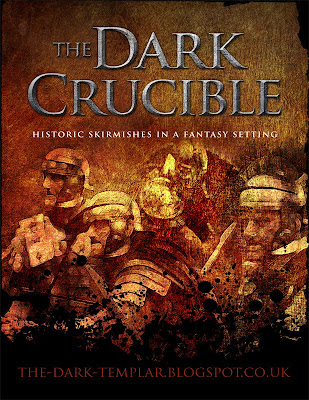 And if the mention of Game of Thrones has left you wanting to blend a real world feel with a touch of the otherworldly, I'd suggest checking this out.  The Dark Templar has a cool idea here and invites your input to build a better product.


[1] ie, a higher value target (in the perception of the target’s patron) would have a more expensive bodyguard.
Posted by Zzzzzz at 10:11