Inside the city under siege

Amongst those left in Xphonica once the city is encircled by the invaders from outer space, are those who were amongst the irregular groupings who supported and supplied muscle for the revolution. 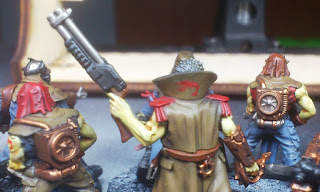 This includes Slanneshi aligned cultists.  They probably did not even know that they were Slanneshi cultists four years ago, they were just after shrugging off the harsh yoke of Imperial rule.

And after four years of seeing the inexorable creep of the Imperial Guard across the planet, seeing the bombings and having knights and Titans arrayed against them, they are ready for the last fight, their capital city, the place of Imperial pilgrimage, will be defended against the oppressor. 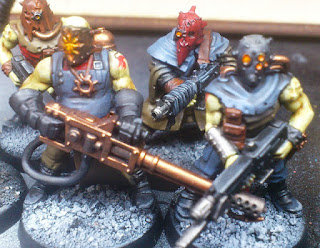