Now on the Brick of Scrutiny, 'A' Section of what most of 72AG refers to as the 555 Bolt Magnet Regiment.  Actually no more than 60 Wyrds at any one time (the Imperial Navy won't carry a unit of more than 60 on any one vessel for some reason), For most of the campaign, there are three Psyker Covens (555, 501 and 7863) on Devos IV.  The sections are split out amongst the subunits, as directed by their Corps HQ. 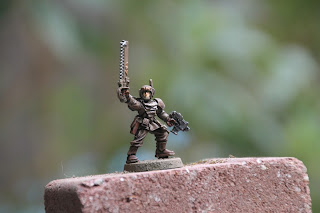 This guy is from Drax's extensive supply of unpainted junior officers. Those of you with long memories may recall that my intention was to use this unifying colour scheme across 72AG, because that would be kool. 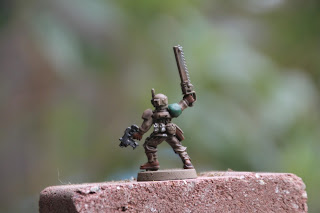 Any way, he needs a little tidying up; there's boltgunmetal on his chest and tail of his jacket.  Aside from this, he needs a white aqilla transfer on his green poultron and I might try a freehand =I= on his other shoulder to mark him as a freak-leash. 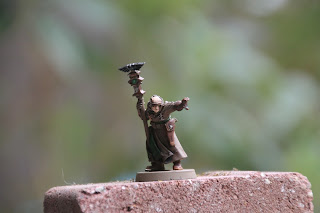 And now for the real deal.  For minis painted under less than ideal lighting conditions these are not too bad.  I do think that I missed less on these than I did on the leash or the DKK I showed you before. 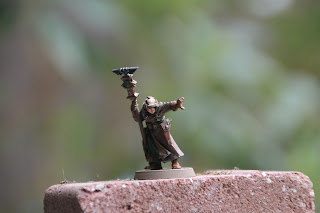 But I do need to break out a detail brush and sort out their head gear.  I draw your attention to the flesh tone on the visor above and the 'fingerless gloves' on the guy with the headache. All quick fixes hopefully long done by the time you see this. 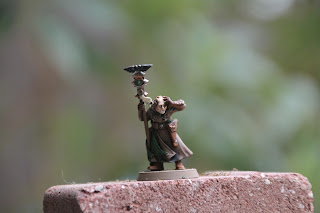 Yeah and the red wax on the purity seal.  Purity seals, hummmm. 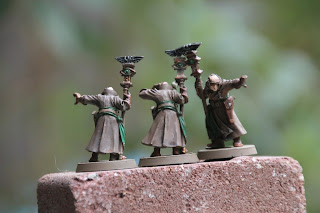 And by contrast, as I had the opportunity to rush into the garage and grab them, here are the 'old' ones, which I can now console myself has having been WIP since 2006ish. 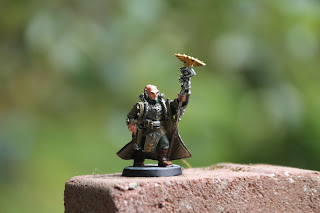 Shiney skin and poor definition at the front. 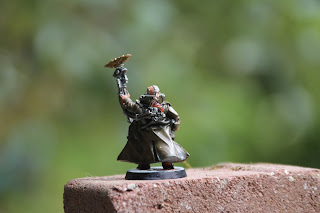 But I did do some work on the back, even if it was half-a-job. 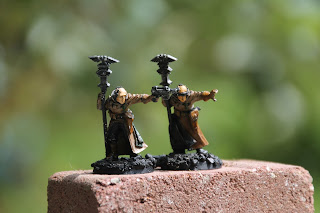 But the previously done Wyrds leave a little to be desired. 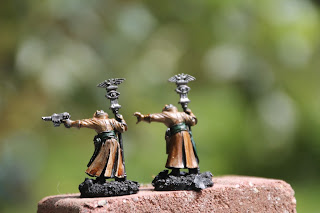 Despite the fact I'll be working in lounge light, these guys are coming in and going on the painting tray; 2016's imperfect painting is still better than 2006's well lit time rich effort.  I'm not quite sure what I think about that.  It does make me never want to look at my Eldar, not the ones I did. 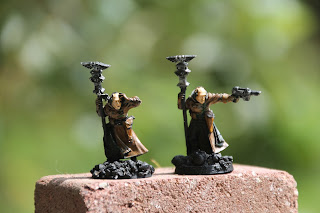 And these bases (although these guys do actually have bases and they are done) need tidying up.  I'm not keen on that overspill.  It might have been all right in the naughties, but it's not acceptable nowadays. 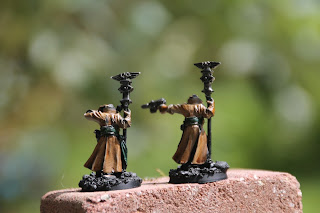 Post post drafting update - these guys have now been repainted to match the ones at the top and the bases have been tidied up.
Posted by Zzzzzz at 05:06