Just to credit the artists, Karitas put one of these together and the paint is by Jeff at PVP.

I had a little time to myself and thought I'd get some toys out and share the love:  My Thunderbolts.  These are big ol' things, for 40K model flyers.  Compared with anything else I've seen Thunderbolts have heft and presence, even compared to bigger models. 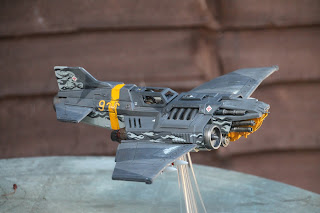 A decent pict of #9.  As anyone who has read Mr Abnett's Battle of Britain story will know, they use the quad autocannons dog fighting and the TL las cannons to strafe.  The thunderbolt is a heavily armed and armoured airframe.  You wouldn't want to get in front of one. 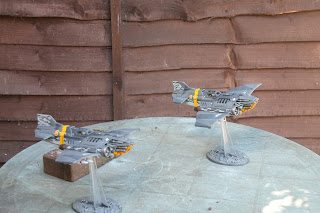 Then the pair.  Of course they hunt in pairs. And not just with their integral weapons.  They 'go equipped' as the local law enforcement authorities here would say. 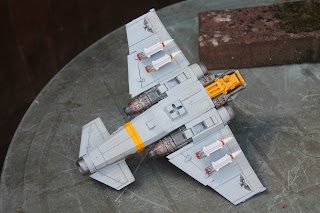 And what more stylish manner could there be of putting eight hellfires on the table ?  Hunting for tanks. 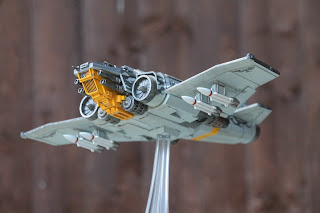 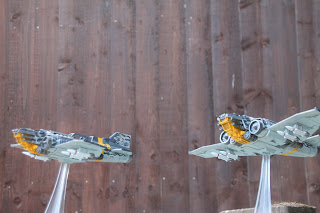 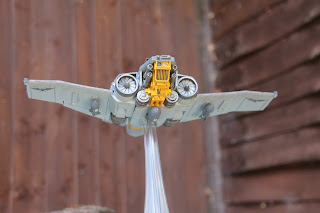 1000 kg on the centre line with two 750kg free fall bombs on the inboard pylons.  This option really needs dive bombing rules (gotta sort an avenger/stuka at some point) 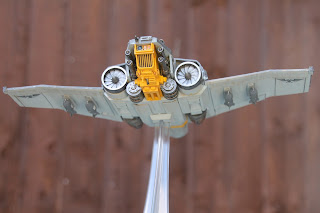 500kg on each pylon. Because bombs.  For when I just want to daisy chain blast markers across the board.  'Cause it's cinematic.  Presumably in eighth, this doesn't happen.  They just land with a splat. 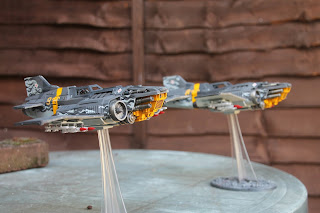 Hunting other things; 'cause CAP are not all about sitting in the cab rank, waiting for an FAC to call you onto a target.  4x 50kg unguided GA rockets and 4x much bigger and more expensive AAM.  Because sometimes they might need to shoot something down... 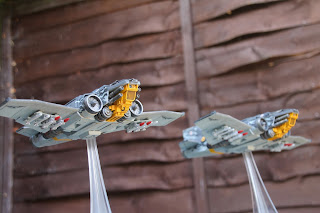