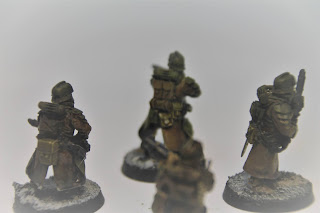 These are the last of the Grenadier models from the ebay purchase a few years ago.  These guys needed a little more kit to be CESFAW (carrying enough stuff for a war), so that was added and they were repainted to match the existing. 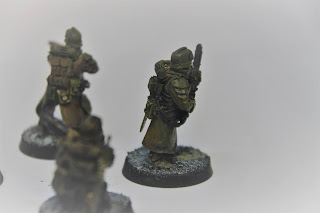 There are fifteen individuals, which will add to the existing DKK genadiers and at some point, when the weather improves, I'll need to have a muster outside to see where I'm at in terms of ORBAT and vehicles. 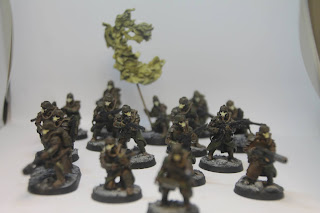 Another job lot of Hellguns, two heavy stubbers, a melta gun and a Heavy Flamer team, what's not to like ? 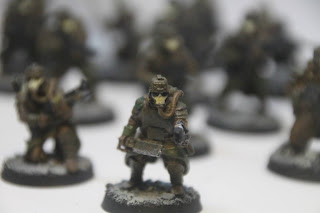 And the Wachtmiester has a plasma pistol.  Which is nice. 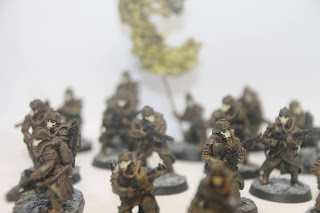 These are the men Col Commandant Welbhann is holding as his fist to smash the schwerpunkt when he finds it, or failing that, a very convincing counter punch should he find his own lines pressured. 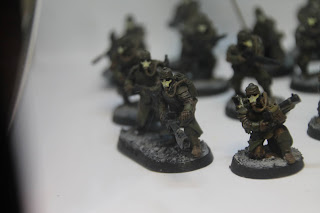 Oktoberfest lovin' men whose loyalty is beyond question. 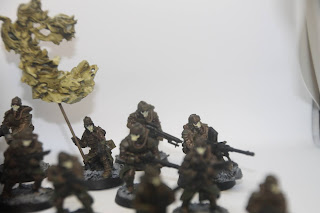 A friend of mine is selling an army whose loyalty is not so clear cut.  He's UK based.  If you're further afield, that might not be a be a blocker.  There are close to 150 models and only two sub units require any more work.  If it sparks your interest, pm me and I'll put you in touch. 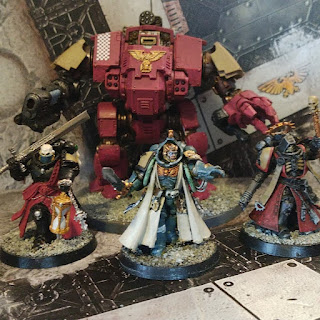 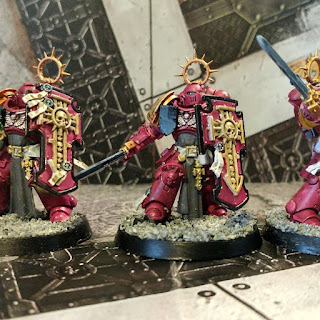 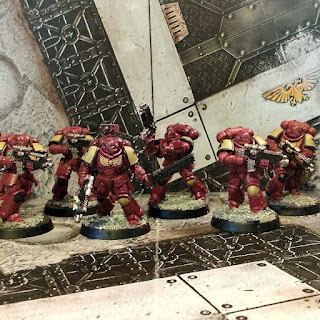 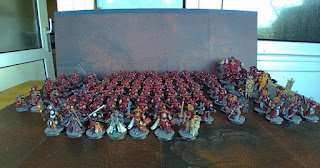