If you have seen Big Lee's miniature adventures, then you'll be passingly familiar with IWM Duxford.  It really is worth the visit, even if you live in Byzantium.  There is something about being in a room full of aeroplanes that reduces crowds of grown men to small boys.

We may stand around discussing aviation as it relates to the sunset of the British Empire and the decline of our manufacuring industry, but inside we are all Biggles.  Thoughts ranged from defending our beleaguered island from the Luftwaffe to 'You wouldn't get me up in that' to just 'wow'.  I stood under the Vulcan, reached up and touched it. If you don't get why that's exciting, your probably a girl.  Check now. 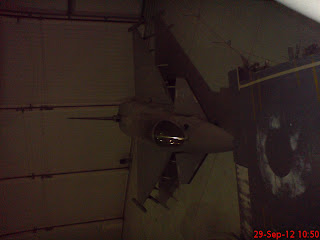 This is a Eurofighter Typhoon.  In the restoration hanger.  Already. 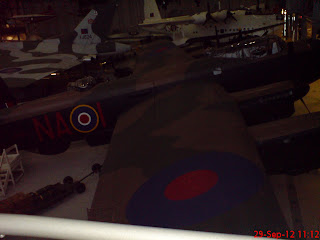 The Lancaster.  I have a grest uncle in a cemetary in Holland somewhere, he flew one of these. until 1943, having transferred out of the Royal Artillery.  He also spent part of his career flying Blemhiems from RAF Bicester, so there are plenty of family connections there (Royal Artillery, Bicester etc). 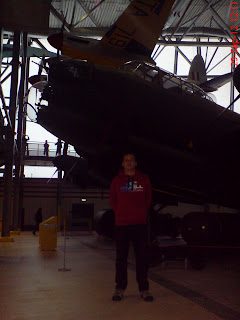 I had a great day out with a lot of my friends.  (Sounds like 'what i did in my hollydaze')  These picures are from the 'Avaiation Hall' which shows quite well why we won (innovation and 'having a go' on a massive scale) and then lost (too many ideas, not enough focus) an Empire, all in aeroplanes.

We visited the American Hall, which is possibly more impressive, being laid out specifically to display the exhibits it holds, rather than a shed that happens to fit all the 'planes in it. (See previous paragraph).

And the Land War hall.  Which has in it things I remember from what seems like not too long ago.  My early working life is in a museum, that really makes me feel a bit funny.  This was outside. 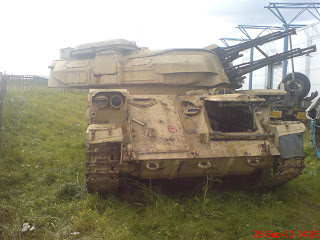 Yes, it is a Hydra, yes the weathering is suberb.

We got around about half of the place and spent a fortune on books in the shop.  My personal highlight: 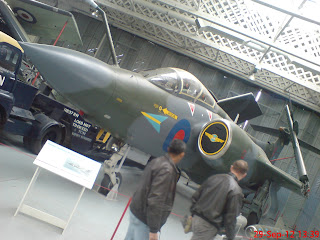 From the Sea Power conservatory.  If ever there was a plane built for one thing (hitting Soviet warships) this is it.  So ugly, it's beautiful.  If I had an aircraft carrier, this is what I'd want to fly off it.

There is precious little magic in many people's day to day lives.  This place had a handful of grown men with responsibilities wandering about wide eyed.  Marvelous.