17 Korps protects itself by deploying elements from its constituent formation’s recce units in a screen; pickets when stationary and outriders when moving.   Not all of each recce unit is used like this; SOPs are to detach sub units on a rotating basis.  This rotation is to both rest sub units who have been some time ‘at the sharp end’ as well as ensuring that skills are practiced and experience – exposure to the Devos IV Operational environment, reaches those important ‘first contact’ sub units.

Recce of objectives in 17 Korps is normally done by a ‘Wide Patrol’; ususally a platoon sized detachment, often with elements from more than one parent unit.  These Wide Patrols have to be self-sufficient, sometimes for more than a month, ranging ahead with a degree of independence of action not usual for the Imperial Guard.

Wide Patrols can be resupplied and replenished by the Imperial Navy.  Additionally, should one of these recce elements end up in a fight it can’t win, they can be covered by air and their withdrawl safeguarded.  This level of cooperation requires and is facilitated by a Forward Area Controlled (FAC) provided by the Imperial Navy’s close orbit command.    These individuals, with the equipments they carry, can contact standing Combat Air Patrols, Imperial Guard Drop Regiments and the Navy’s Close Orbit Command.

But in the final analysis, the highest value STAR information is provided by skilled infantrymen conducting close target reconnaissance, on foot, on their belt buckles, in the dark, penetrating the target’s defences and withdrawing with the vital information which will make future operations a success. 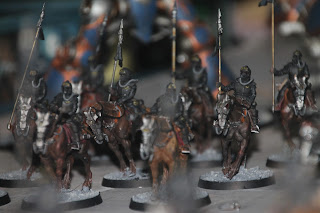 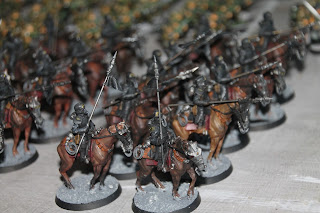 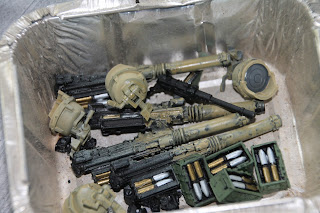 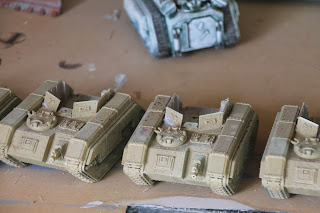 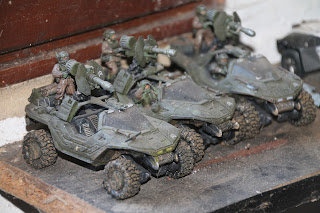 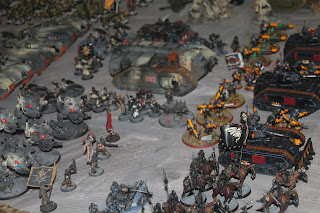 Humm, you can see the Mordian 7th Iron Guard at the right of the picture, but it doesn't look like the rough riders are in the picture.  I'll have to get one done.

What this post is intended to do is primarily to inform and entertain you but also to spur me to dig out the DKK Salamanders and actually finish them.