Captain Pasquilliano looses a book, a cirlip and his bunk.

As 72AG were moving out of Fort Nuttar. 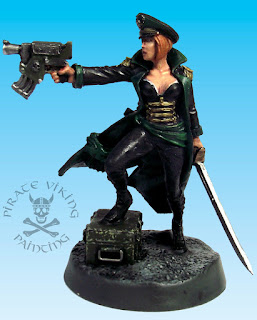 “I’ve lost my book.”  He clicked out the interlocks on the plasma pistol and slid the containment chamber out of the receiver.  Placing the chamber between his knees he tipped the remains of the weapon up to the light and squinted at the venturi inside the muzzle cowling.  His other hand fished about in his cleaning kit for a moment before pulling the Ryzatool.

“You look like a dork.” She snorted.  “You always look like a dork when you try to maintain that thing, your tongue sticks out the side of your mouth like a little boy and it always takes you twice as long as anyone else.”

She swigged the amsec out of the bottle, grimacing and making a face.  “What fefthing book ?”
The Cadian looked at her for a brief moment, purple eyes maintaining their plasma pistol cleaning squint.  “It was a swap with Colonel Has.  The one I gave him was a lot better written.  I need to find ‘Ethel the Pirate King’s Daughter’ to swap back again.”  There was a soft plink as the serclip holding the muzzle choke sphincter pinged out and disappeared somewhere under a table or pile of backpacks or ammunition boxes or, well wherever the heck it went.

“You’re fefthed now, Mr President.”  She put the lid on the bottle and swung back onto his bunk, tipping her commissarial cap down over her eyes.

The Cadian maintained concentration on his task in hand.  “Nah, I carry supply of those little critters.  Every last one I’ve ever caught has broken, cooked by the heat or something.”  The plasma pistol was now completely stripped down on the tiny table in his bunk.  Most of his kit was packed up, the HQ would likely be leaving Fort Nuttar tomorrow, some thirty six standard after the lead elements of 902 Division.  Now he needed to get a few hours downtime before HEY !

“What are doing on my bunk ?”
“Commissar Tora snores.”
“That’s really sad, it must be awful for you, but I’m gonna be getting in there in ten, I’m just going to the thunderbox first.”
“Have you got the shits ?”
“I beg your pardon, Commissar ?”


“You’ve never been that fast before Captain.  Besides, you need to find Colonel Has’ book before we move out.”  She settled down to be as conspicuously comfortable as possible. 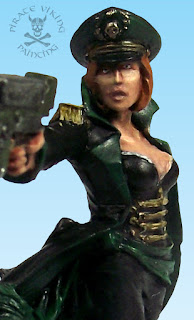