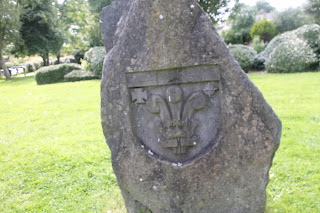 Now age comes to us all.  Actually it might not, but hopefully it does.  One by-product of this is that my own past is now 'history' as far as some are concerned.  I have had conversations with people about what is best described as 'corporate memory', specifically in the Army as that was our common point of reference.  The army I was in was intended to slow and then hold the USSR's 3rd shock army as it tried to roll across West Germany (the FDR, a separate sovereign state - who knew ?).

Our skills, drills, equipment and exercises were all designed to that end.  Since I left the army UK plc has fought wars in Iraq and Afghanistan and changed all of those skills, drills, equipment and exercises to fight different types of wars.  So there are now great efforts underway to find a new modus operandi which once again sees NATO providing mitigation from Russian military expeditionism.  But this isn't a dive into modern politics, come with me back to the days of Chukka Khan, Max Headroom, the Poll Tax riots and Live Aid:

Montgomery's 21st Army Group changed title to the British Army On (the) Rhine (BAOR) before the end of the 1940s.  Roughly 50,000 British soldiers lived and worked in West Germany until very recently.  The draw down began soon after the reunification of the two Germanys and really only finished a few years ago.  The place I was stationed is apparently now and Aldi.

Anyway, as relations improved, eventually some bright spark somewhere decided in the late 1950s that it would be a good idea if the Bundeswehr were allowed to station a reciprocal Panzer Ableitung in the UK somewhere.  Possibly to create something of an 'air gap' between them and neighbouring British units, the tank ranges at Castlemartin in Pembrokeshire were chosen.  For 35 years a Leopard Regiment was stationed in SW Wales in the same way as I and thousands like me were stationed in the FDR. 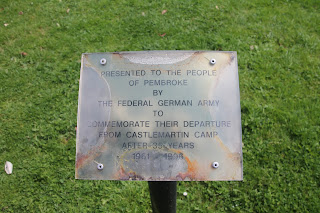 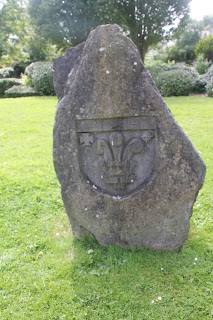