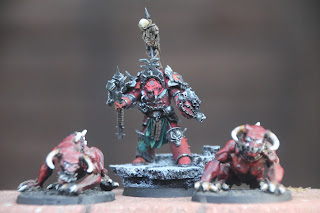 On the Brick of Scrutiny today is Zhufor the Impaler.  Despite Khorne's avowed hatred of 'magic', he is The Gatekeeper, as you can tell by the company he keeps.  Indeed, it is by this gate that he and his entourage, as well as the Emperor's Children, have travelled to Devos IV. 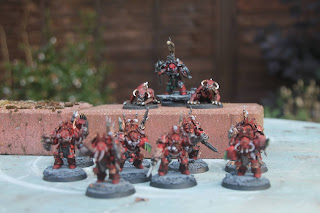 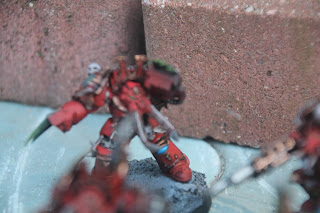 The entourage or posse or honour guard or body guard of Khornate Terminators is a formidable asset. Along with other Skulltakers (and Kharn the betrayer), they make Zhufor a major player in the siege of Xyphonica. 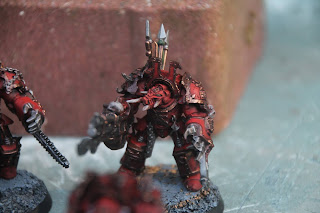 They're individually the pinnacle infantry on Devos IV.  And after the Blood Pact land, the deference of the Blood Pact to Kharn and Zhufor as Khorne's chosen mean that Zhufor is able to take command of the whole renegade war effort. 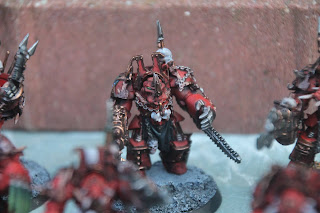 Collectively, they represent a huge problem for any enemy. 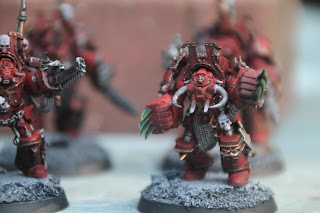 And for those who end up face to face with them, they are terrifying. 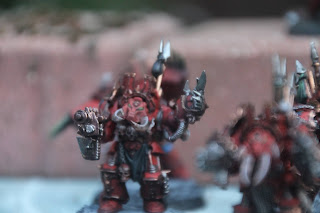 These are the FW kits 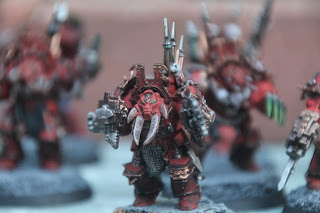 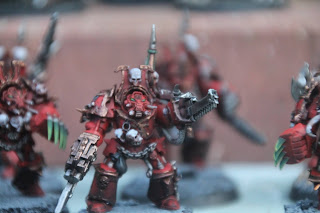