Readers will recall that the Valhallans form the backbone of 903 Div, as most of the rest of the Division either didn't turn up, or when they did arrive, were not quite what was expected, or were already on the planet and already part of the rebellion. 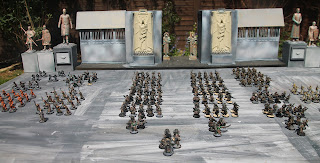 I had a chance to pull the valhallans out.  The Kado 540th, nominally 'Y' Company.   As you can see, but the time they get to the Basillica towards the end of the Siege of Xyphonica, a significant proportion of their strength is made up of other units. 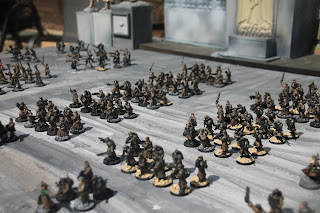 As you can see here, there are minis here where the basing is aat three different stages, so there's work to do there in getting them all to the same stage. 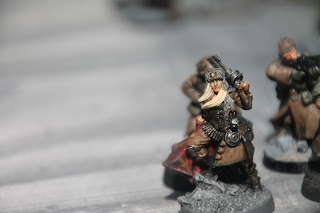 One of the Sergeants.   This one particularly was painted by PVP. 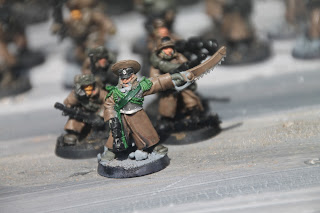 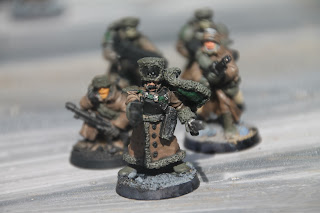 Captain Chenkov as the company commander.  Because of course you want him in your army list somewhere. And why not actually in a Valhallan unit ? 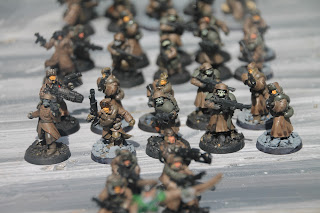 And in a matching colour scheme, the Macrons.  The officers. 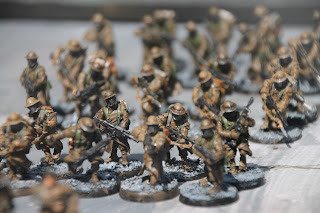 The Macron Rifle Squads, there are three of these. 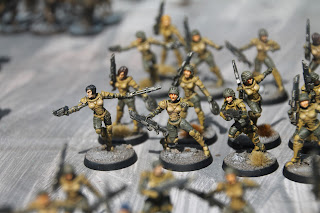 These ladies are part of the VV Special Police, formed in the period of termoil immediately before the war and rolled into the Imperial Guard when they got there, seconded to the Kado 540th at the outset of the war, but only really used once the seige begins and the Valhallans find themselves short of manpower. 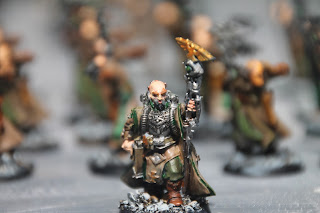 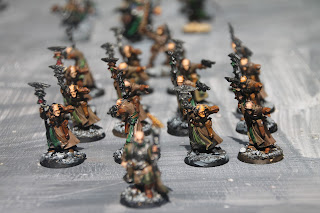 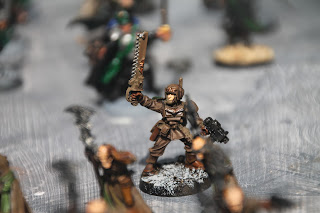 And they're supported by add ons such as psykers, penal squads, commissars and there'll be priests as well.