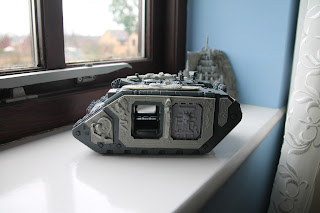 Just in case you were wondering about those panels that Scibor do, and what they look like.  And if they match up with the FW =I= doors.  Yes.  But I would put the FW doors in first, as it will save you chiseling the Scibor panels off again to get the FW doors in.  Jus' sayin'. 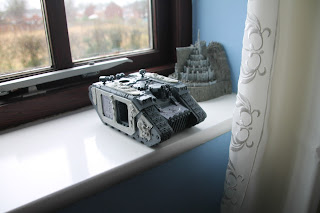 The Scibor kit comes with some Land Raider/Rhino compatible with the holes for the doors type panels.  So purchasing FW =I= bits like the Rhino top hatch and back door means I've potentially got wheels for two  squads of IST as well.  Which is nice.   Scibor bits are available from Wayland Games. 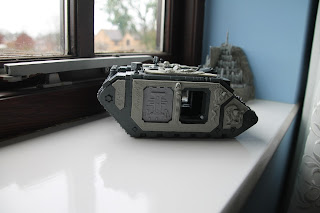 There is a lot of detail on the panels and the usual high standard of stuff on the FW doors.  So this should paint up quite nicely.  And as you can see, the conversion kit means that your Land Raider ends up the size of Minas Tirith.  Still only holds 12, though, But one of them can be Gandalf the White. 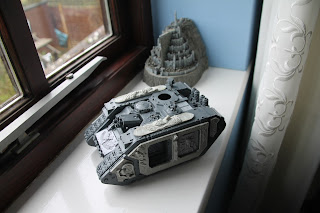 I've included so many pictures of this, not because it is the bestest thing ever ever ever, but because I can imagine some people out there thinking about the Scibor panels for their Land Riader fleet. 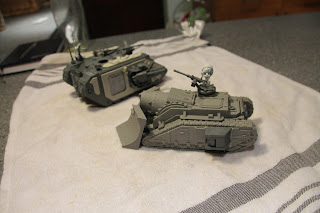 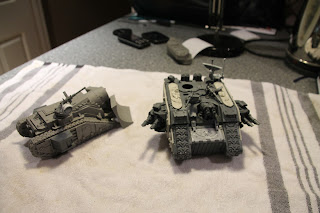 Tangentially,  I think that the Land Raider looks better with the Las Cannon Sponsons mounted at the rear of the vehicle.  But that means that using the side doors will mean some awkward moments, hence them being forward mounted here.  I can imagine that working for the =I= requires at least the amount of brain power to tell you not to disembark in front of Anti Tank weaponry.  Not sure what that says about Spaze Murheens. 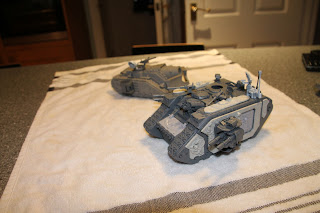