Ok, so you remember this, the =I= Land Raider.

A serious =I= force of course has many Inqusitor's, their retinues, any impressed Imperial units or Ecclesiastical add-ons and is often led by a Lord Inquisitor.  So one Land Raider, whilst OK for a Lord Inquisitor, is not enough for decent purge. 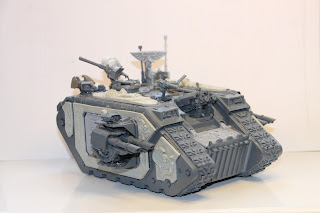 Three views of the Land Raider in its final trim. 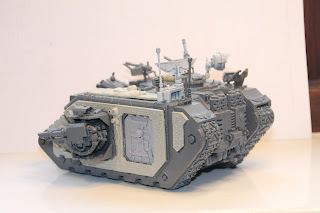 The Aqilla Rhino, again three views.  This one is not expected to change that much before it gets coloured in. 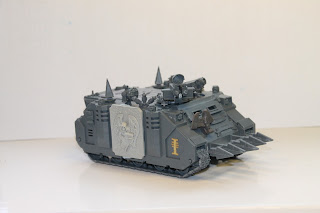 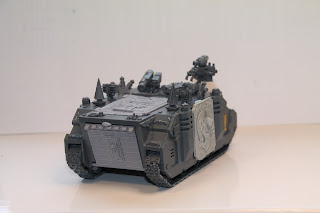 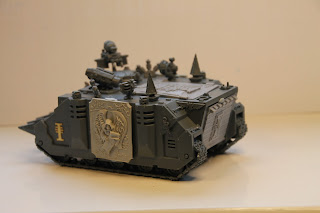 The Basilica Rhino; this one will be getting books (from the Flagellant kit) to hang from the eagle posts at the rear of the vehicle. 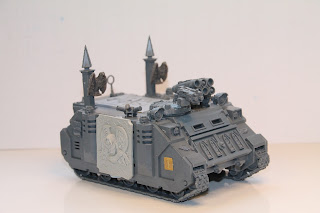 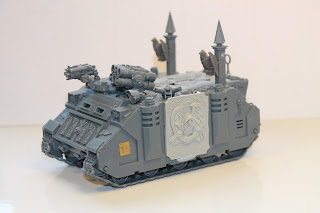 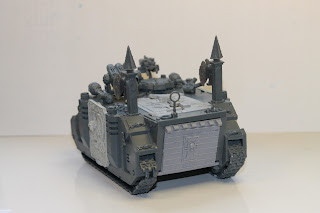 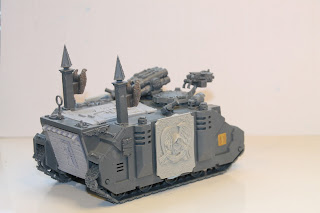 The idea is that these vehicles are old and have done much in the service of the Emperor, much of it with the Inquisition.   In similar news, with the increase in INQ28, a select number of Inquisitors and their retinues have traveled to PVP to be outfitted for their next purge.  Happy Days !
Posted by Zzzzzz at 22:34