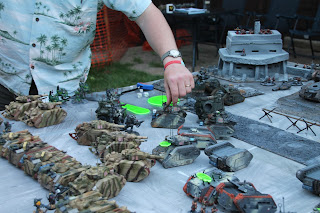 We had a lot of conversation about scenery.  In fact, Col Corbane sounded so enthusiastic I suspect he went home and ignored his wife and kids to start on his new terrain projects.  Anyway, here is the command bunker that anchored the PLA's Northern flank during the Apoc game.   Both other players were impressed that it was quite as old as it was. 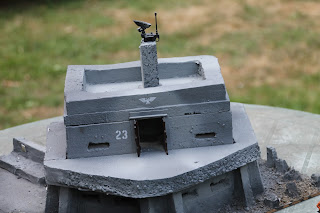 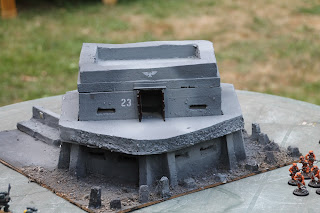 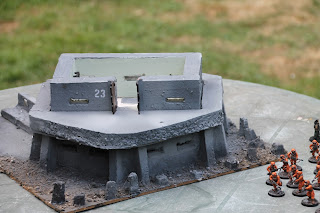 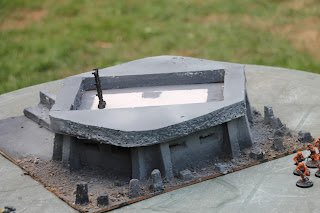 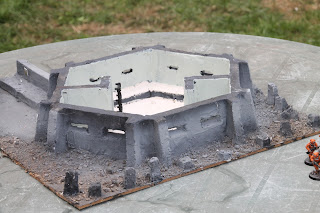 One structure point.  Down to the walls. 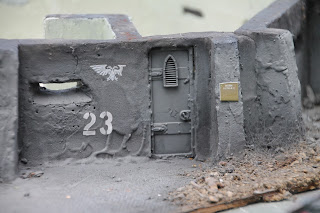 And the exit, which is what the occupants will probably need if the bunker is reduced to this level.
Posted by Zzzzzz at 12:00