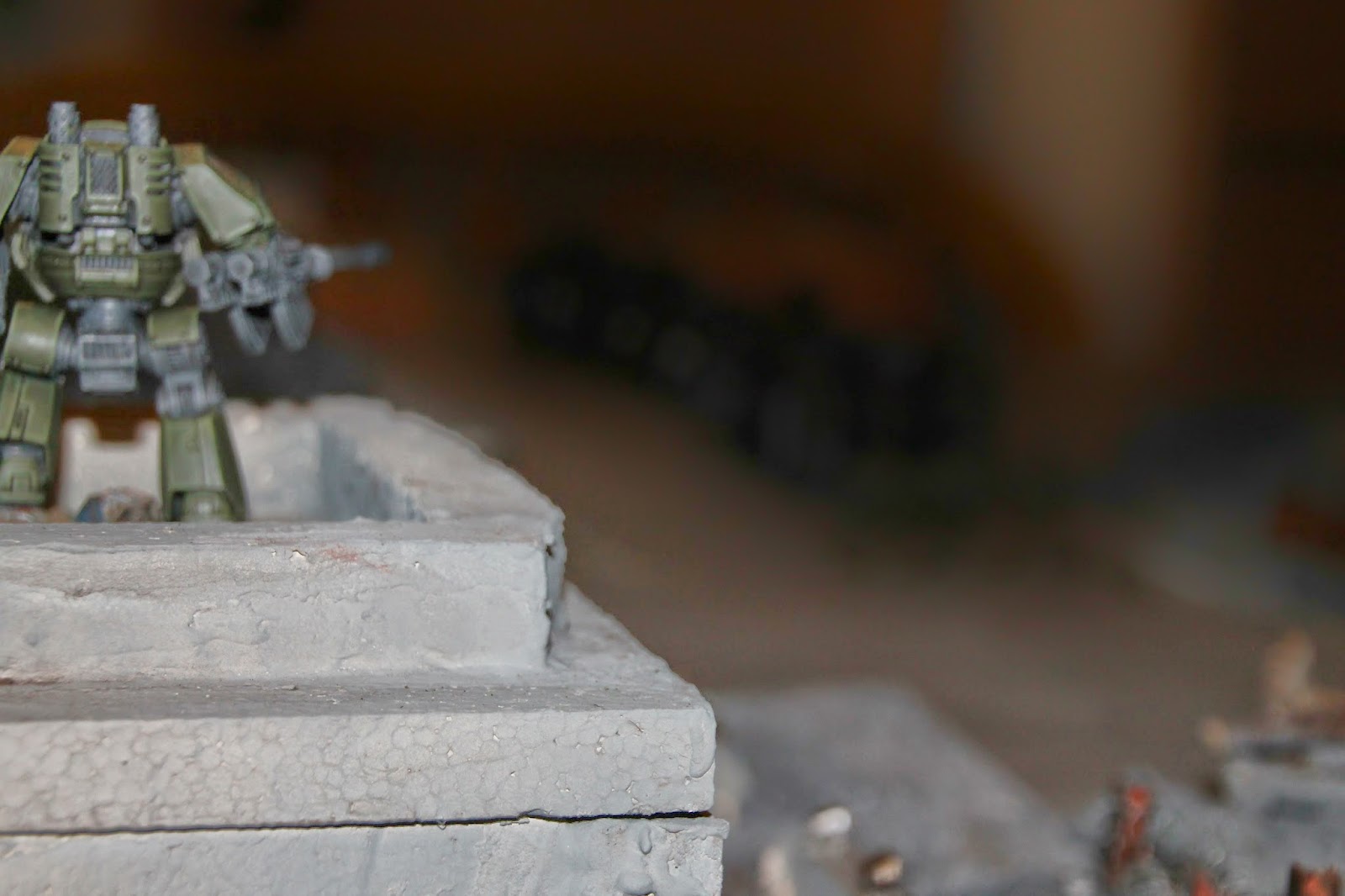 Ancient Iago maintains a ceaseless watch over the ambush site.  One of the things that's easier when your sarcophagus is loaded into a contemptor. 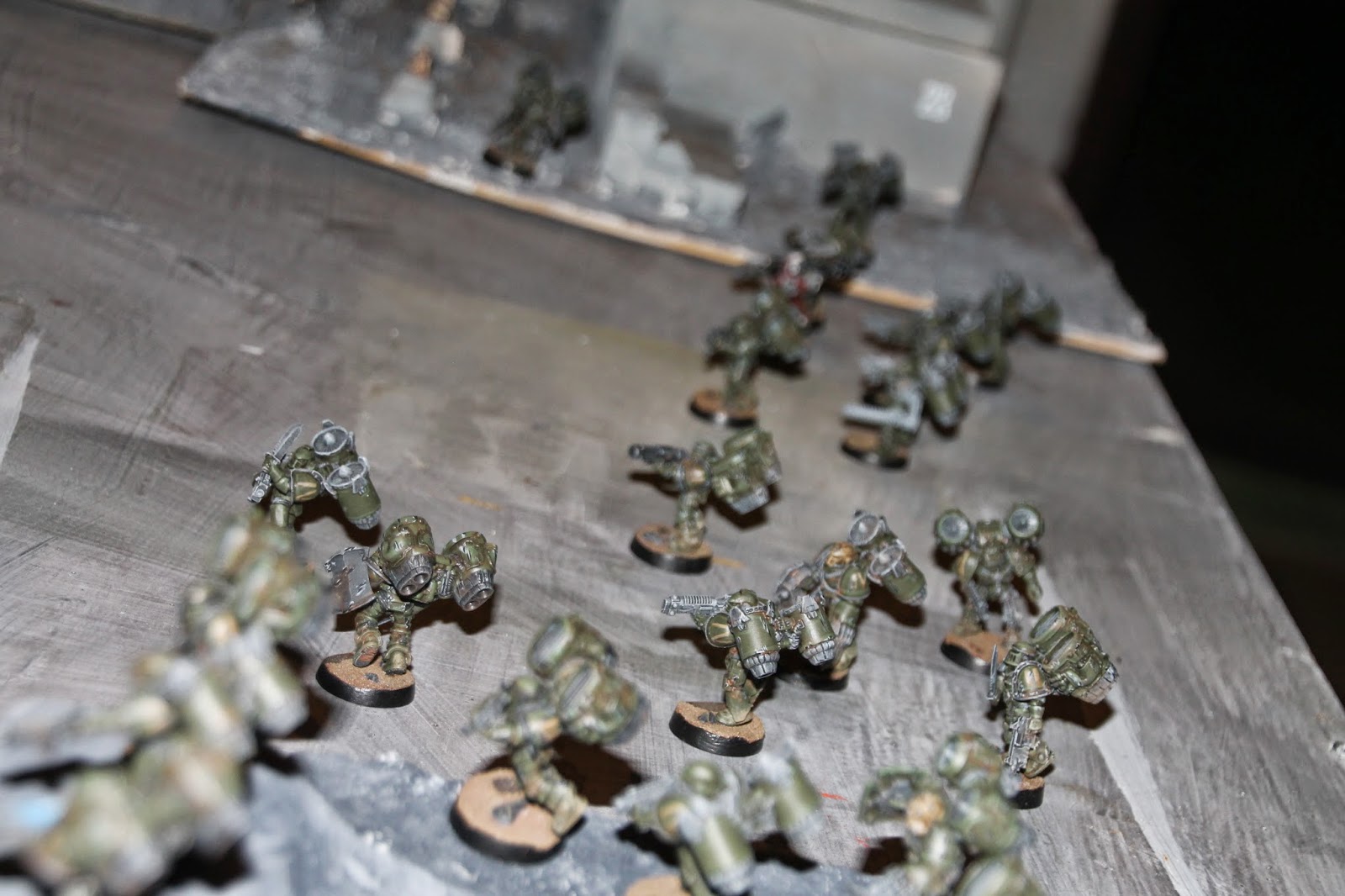 The strike and holding forces wait in dead ground for the ambush to be triggered. 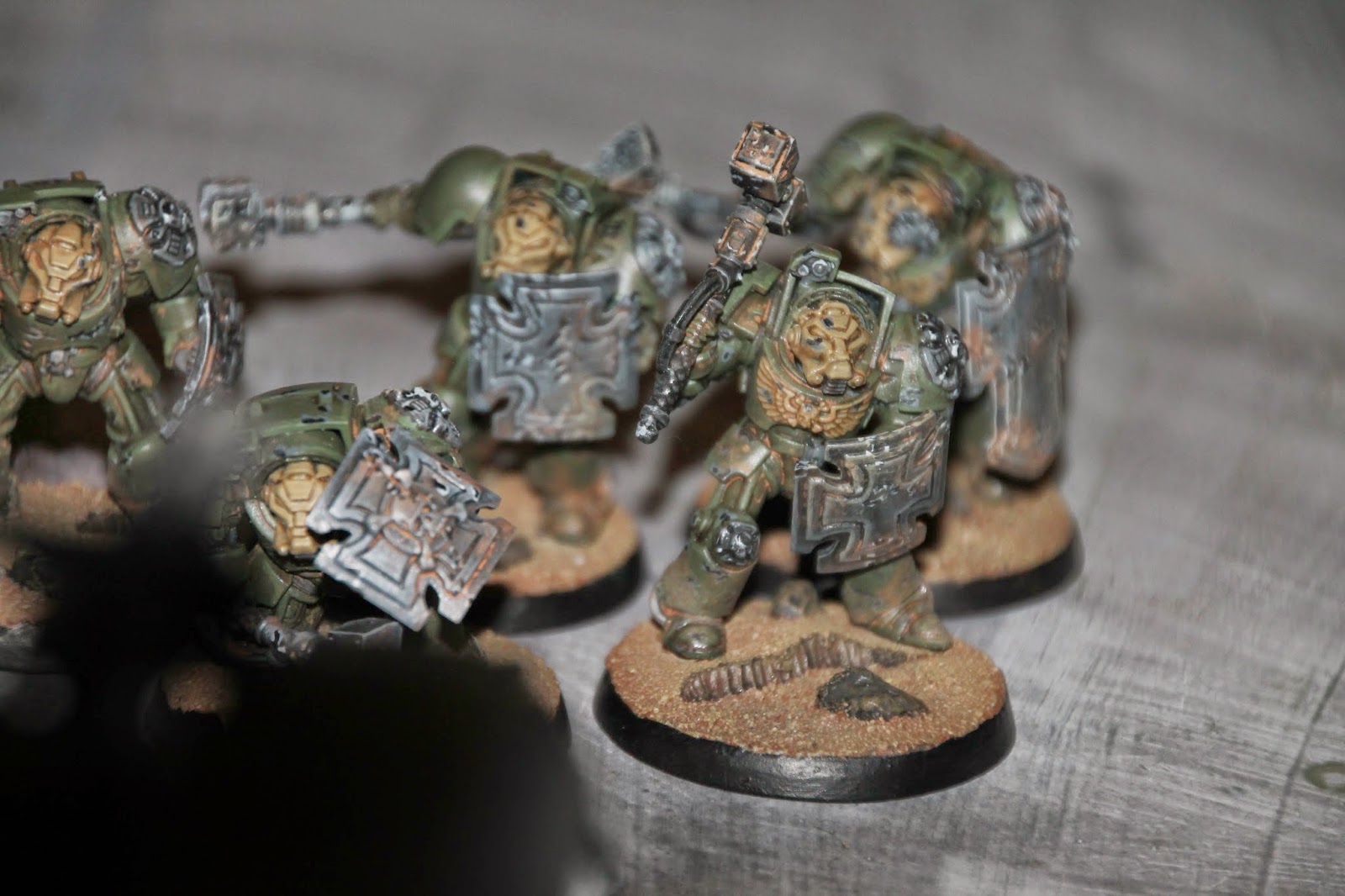 At the sign from Ancient Iago, the terminators teleport into battle, determined to stop the convoy in it's tracks. Literally. 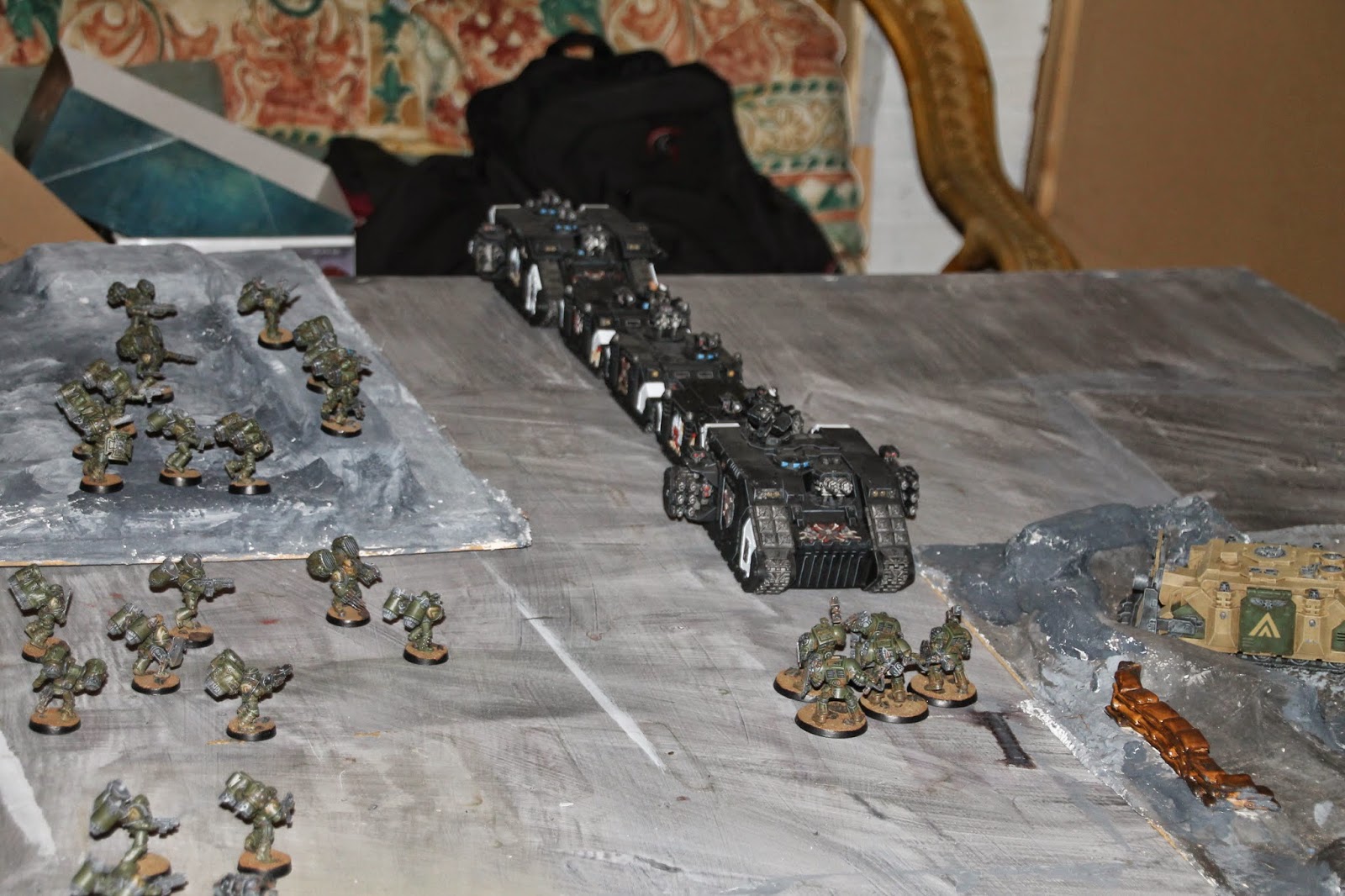 The hidden vindicator cripples the LR Crusader.  Enraged by the bare faced cheek of anyone thinking that they could interfere with the Emperor's business, the Brothers of the Lostwithial de-bus to confront their attackers. 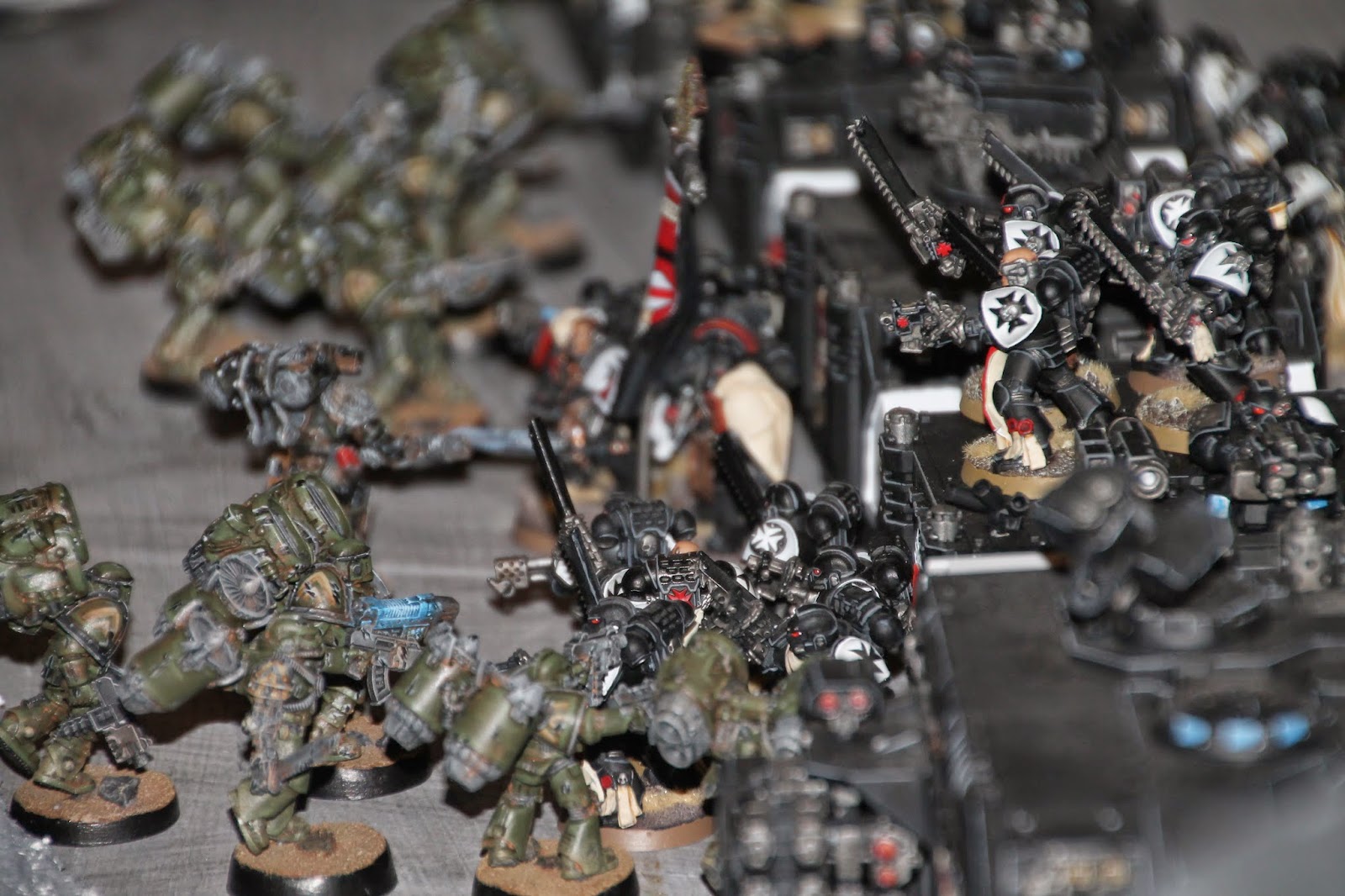 The sudden close assault of the unmarked, silent assault marines is a bit of a shock to the bored Templars, who have not fought a worthy foe for very long time. 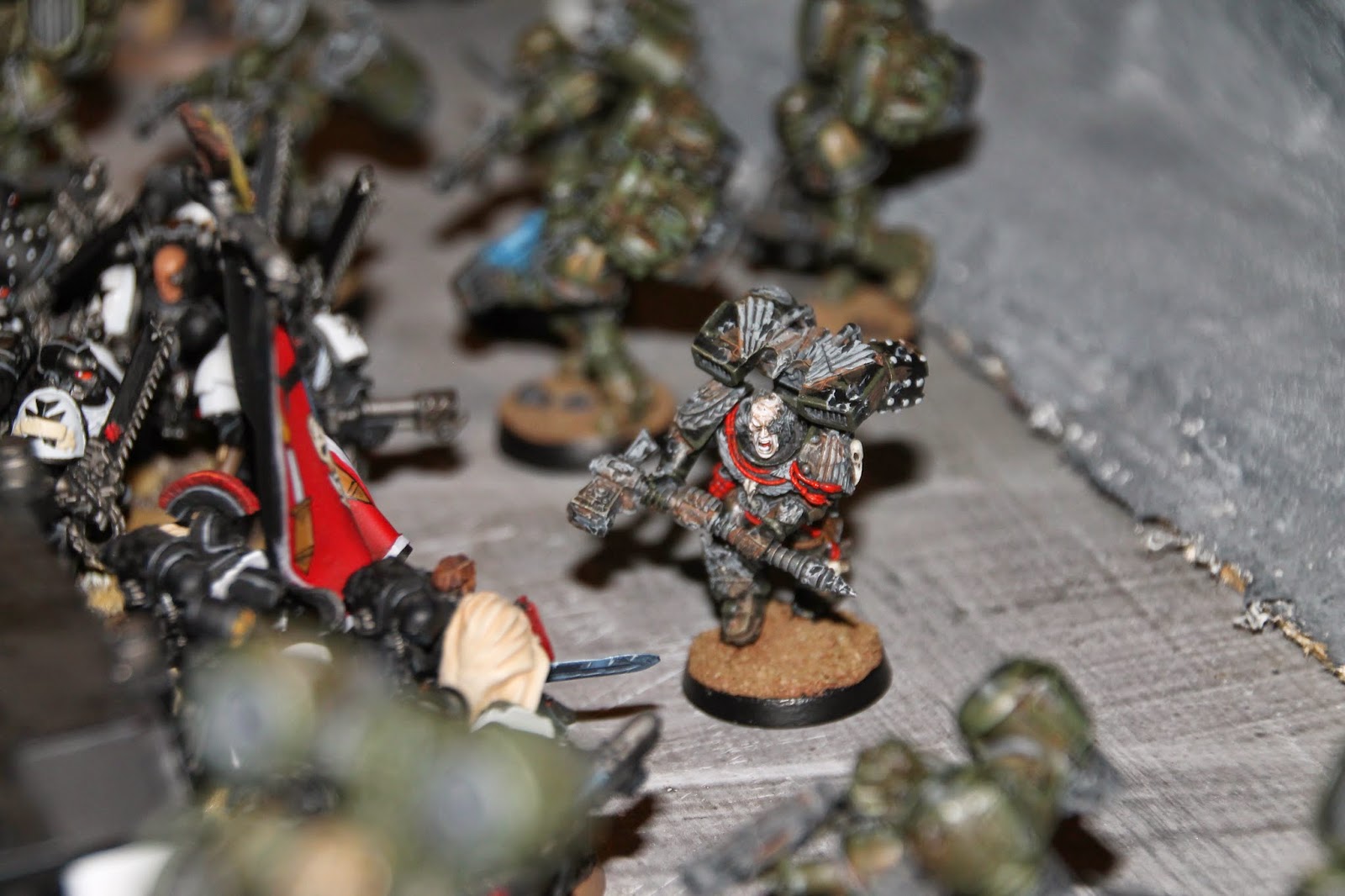 But Castellian Brodeep is not one to let his Templars forget their vows.  The Black and White Crusaders prepare to sell themselves dearly.  The un-named Captain of the mysterious marines alights directly in front of the Castellian in a wordless challenge. 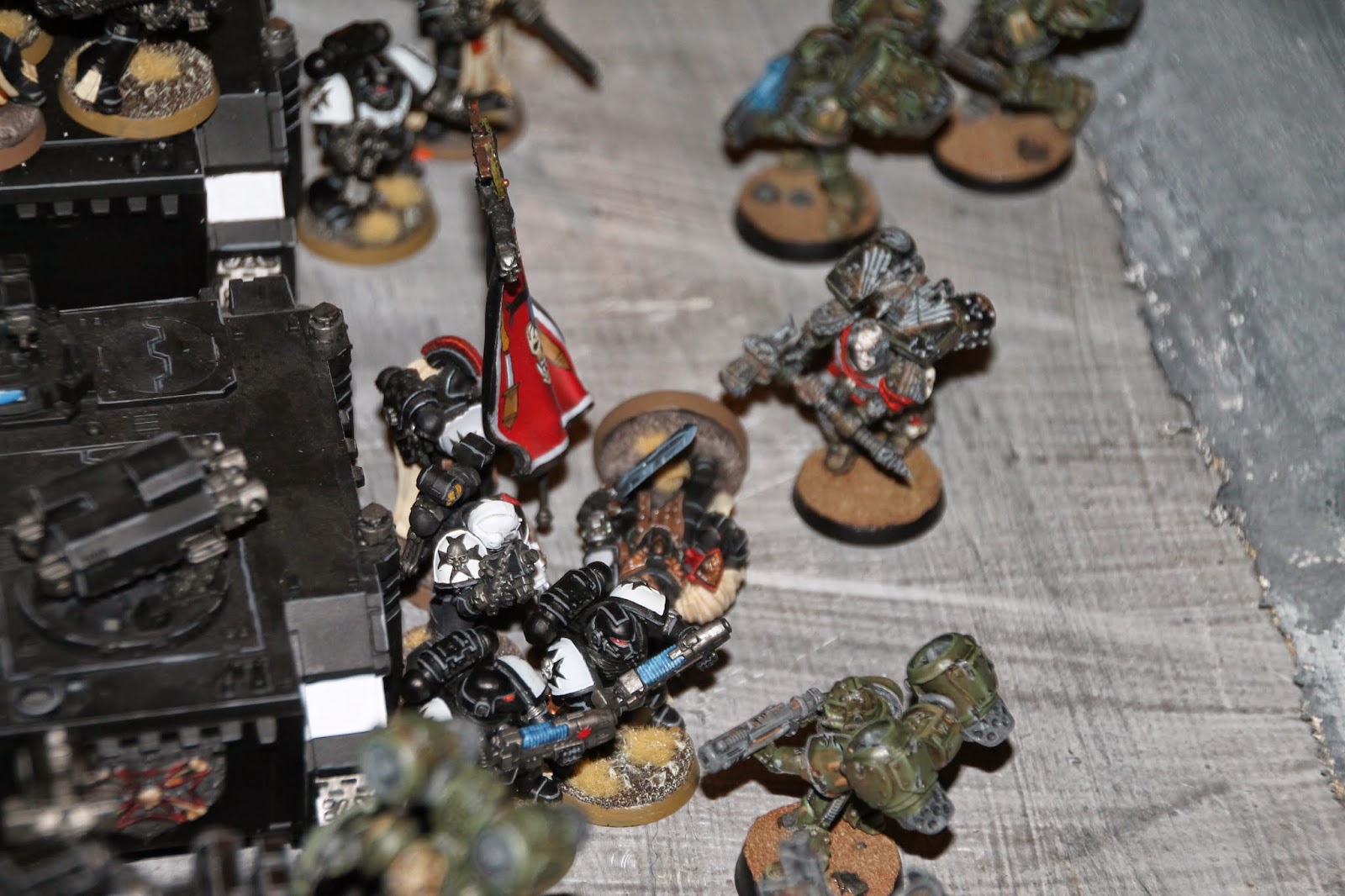 Driven by his vows, Castellian Brodeep squares up to someone twice his points value.  Idiot or flawed genius, either way, the Castellian is left as a crumpled wreck. 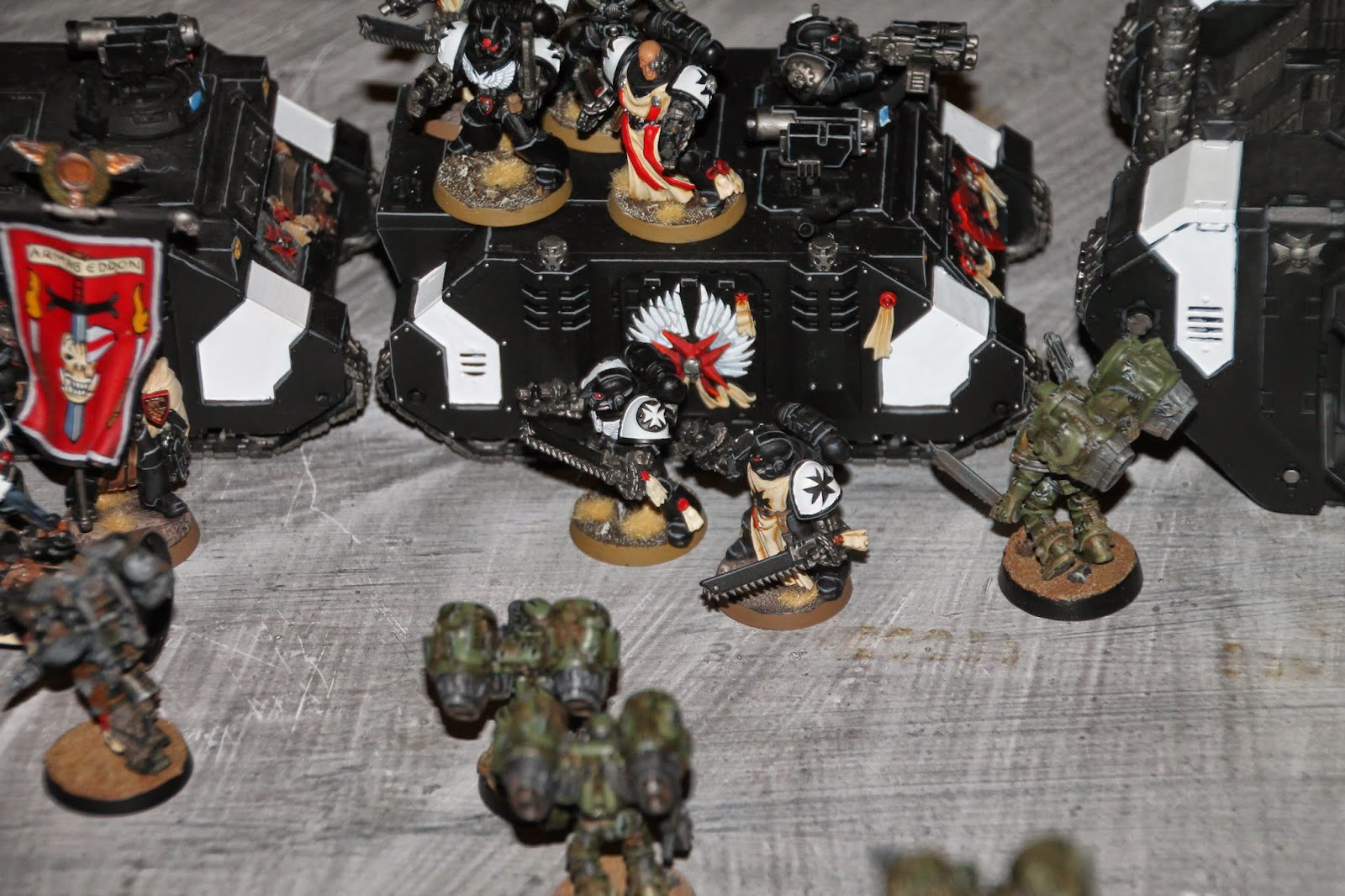 "Oh shit !" The Templars are temporarily stymied by the realisation that they outnumber their attackers, which happens at the same time that their revered leader hits the dirt. 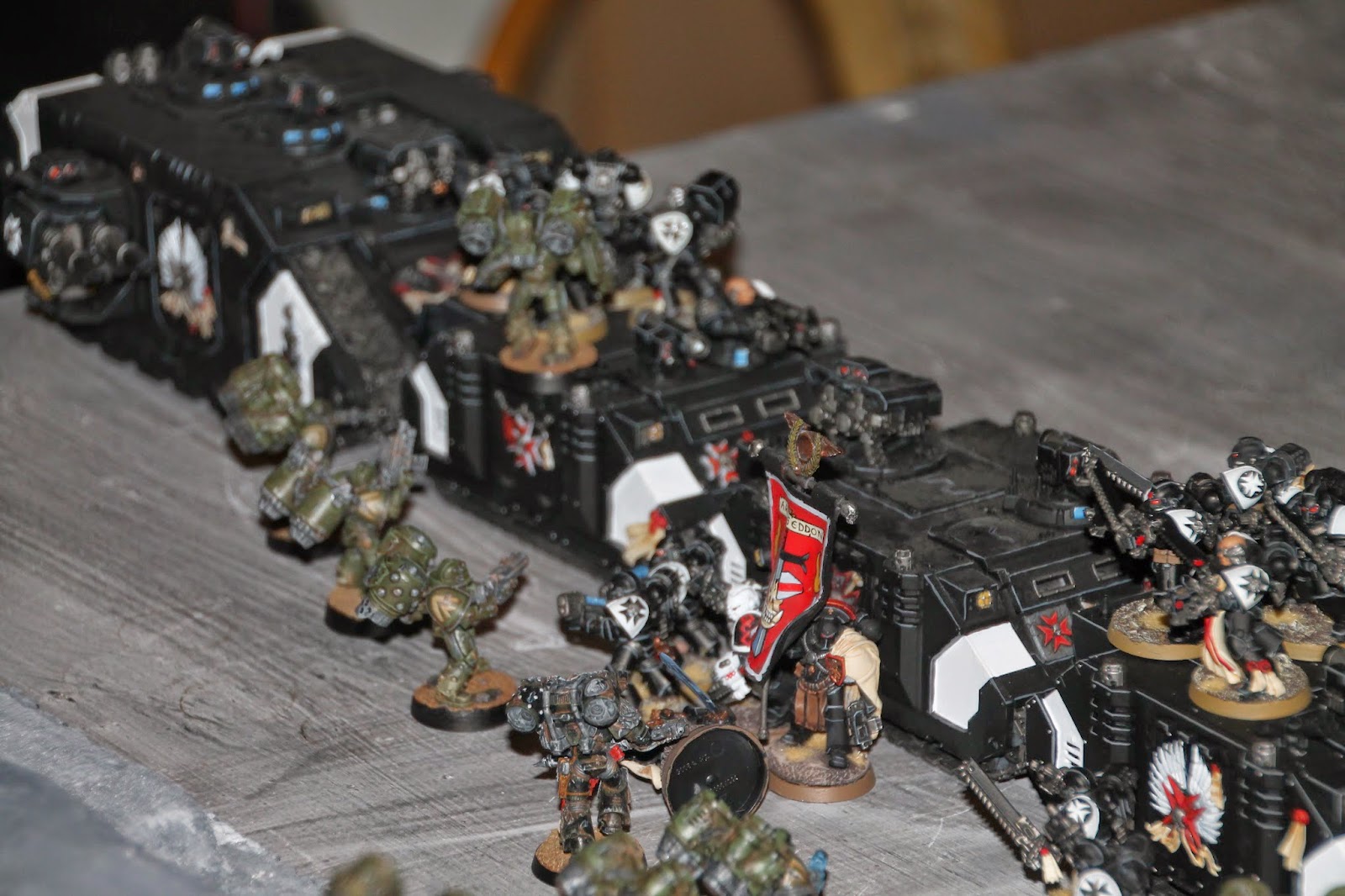 The mysterious green marines begin to disengage. leaving the column to be straffed by over flying hurricane bolter armed Stormdrains. 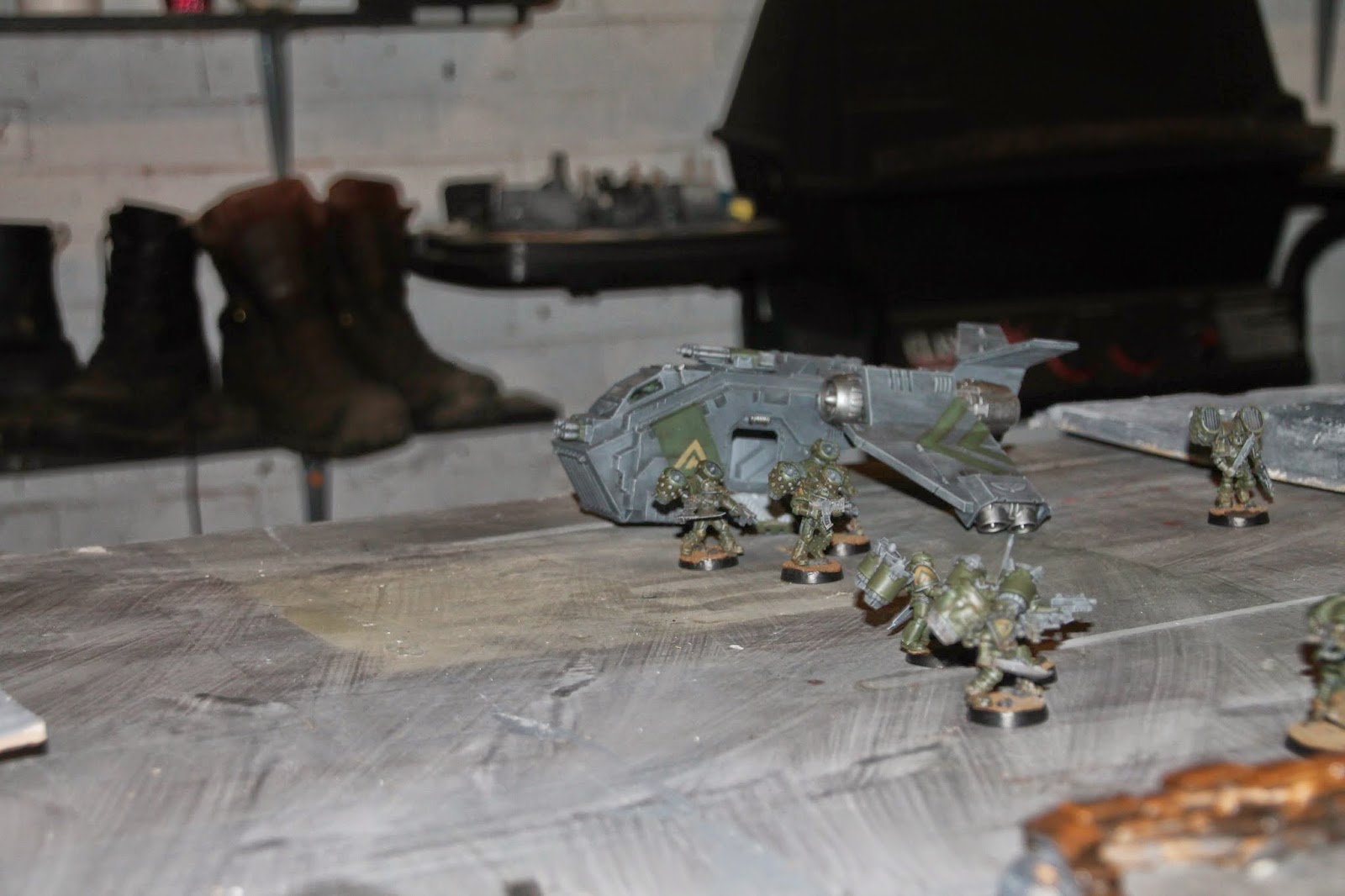 Their task evidently complete, the mysterious marines make good their escape, taking their dead and wounded, or booby trapping the bodies with melta charges, leaving no clues.

Who were these mysterious marines ?  What were they doing on Mhuven 158 ?  Why assassinate Castellian Brodeep ?  (Brodeep has two wounds and will be back to commit atrocities another day).
Posted by Zzzzzz at 15:51