And just in case you didn't get the reference: Thunder Cats Ho !

And of course the title is also an homage to well known poet Col Ackland and his mega cavalry army.  So you'll have seen his recent Tuetonian 'Life Guard' storm troopers; and of course his blog is all about the gee-gees.

So here's some progress with the waffenritters. 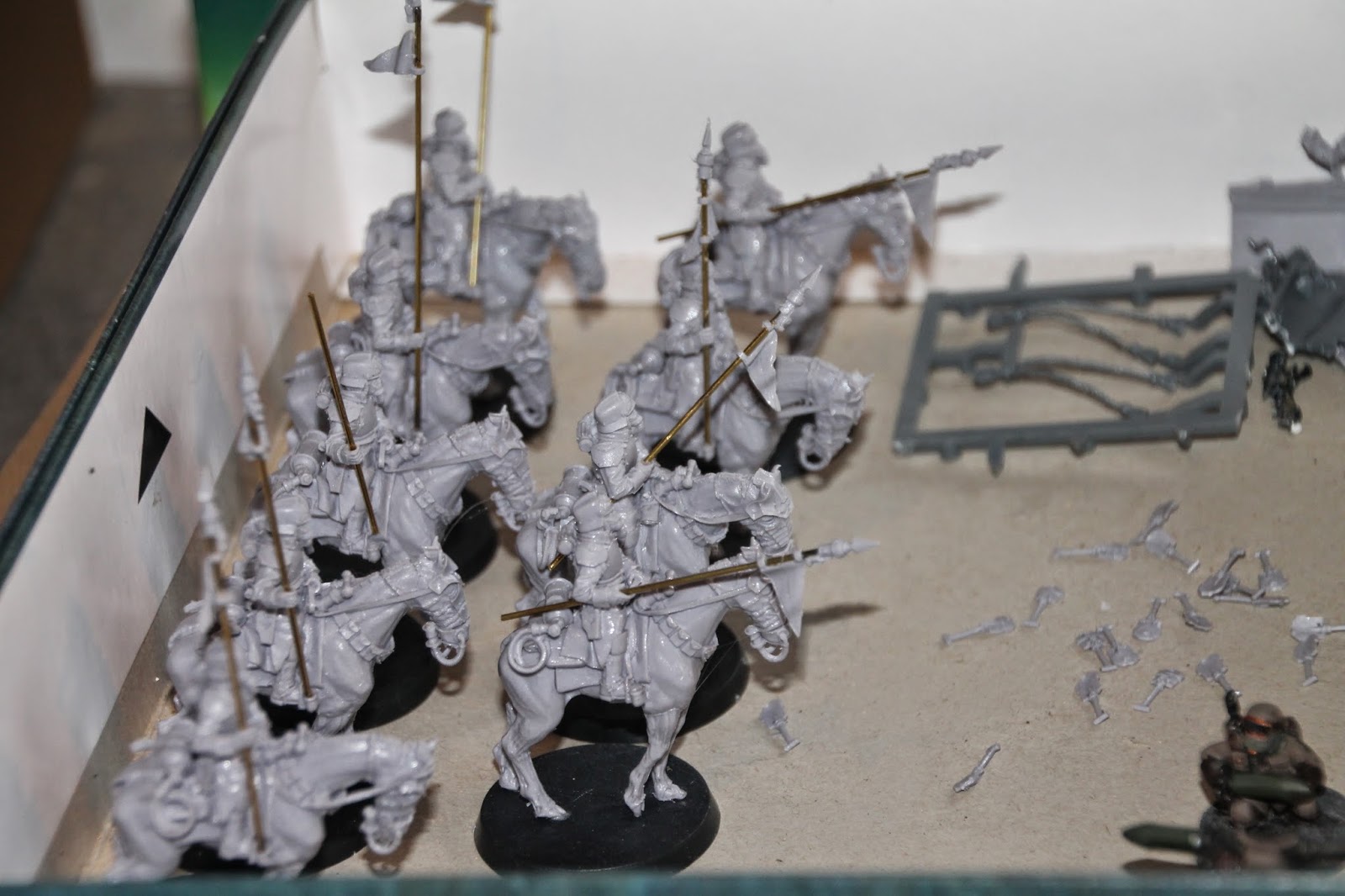 Ranked up and ready to trot off to a paint booth on the east coast.  I've got to pluck a tray out to load these boys up.  Sounds dodgy, but it's the way it is. 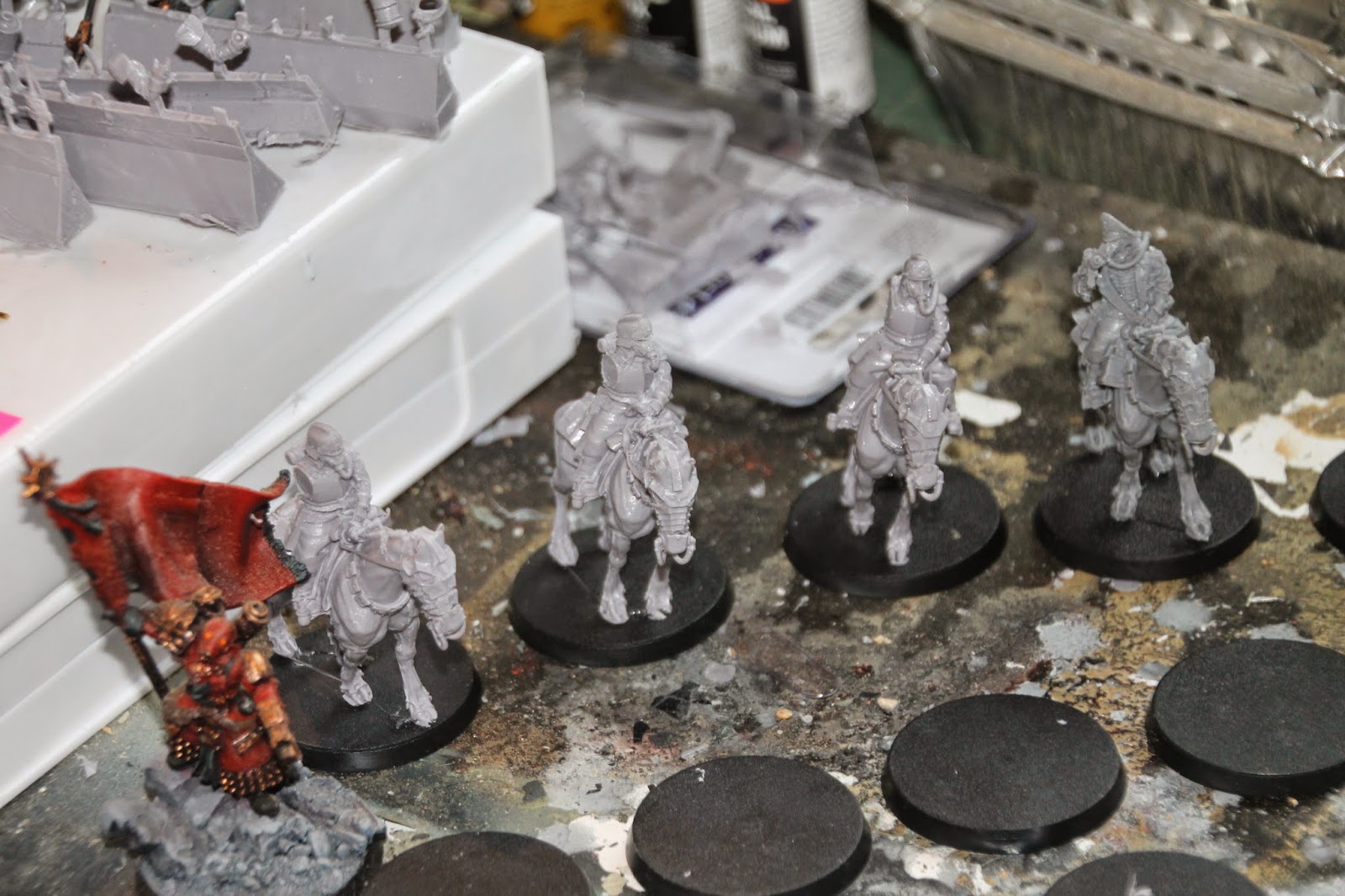 More of them, getting ready for the - blogger has just bumped me out and lost fifteen minutes of typing.  It really annoys me when it does that.  I'll truncate my clever joke to one sentence then - These guys are waiting for their arms, so that they can bear arms.  te he. 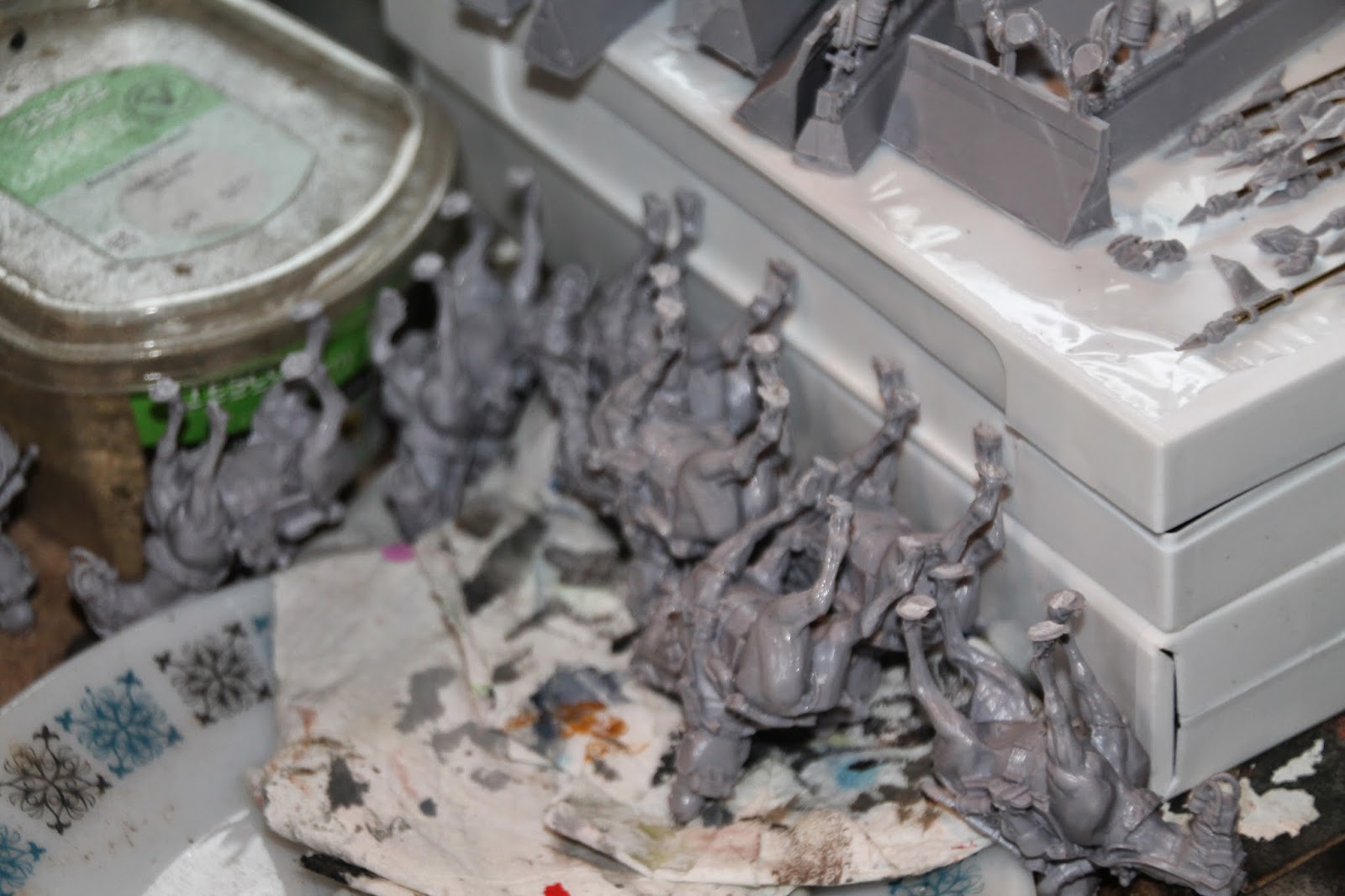 The issue with the fellows at the top of the page is that they were built as individuals in a one-er.  What happens then is that they settle and the rear leg seam opens up under the weight of the parts of the mini.  So these ones are being done in batches, and their legs allowed to set before being stuck to their bases.

As we are now, these boys are on their bases and that's about fourteen of them waiting for arms and, er, arms by Saturday.  Progress, by gad ! 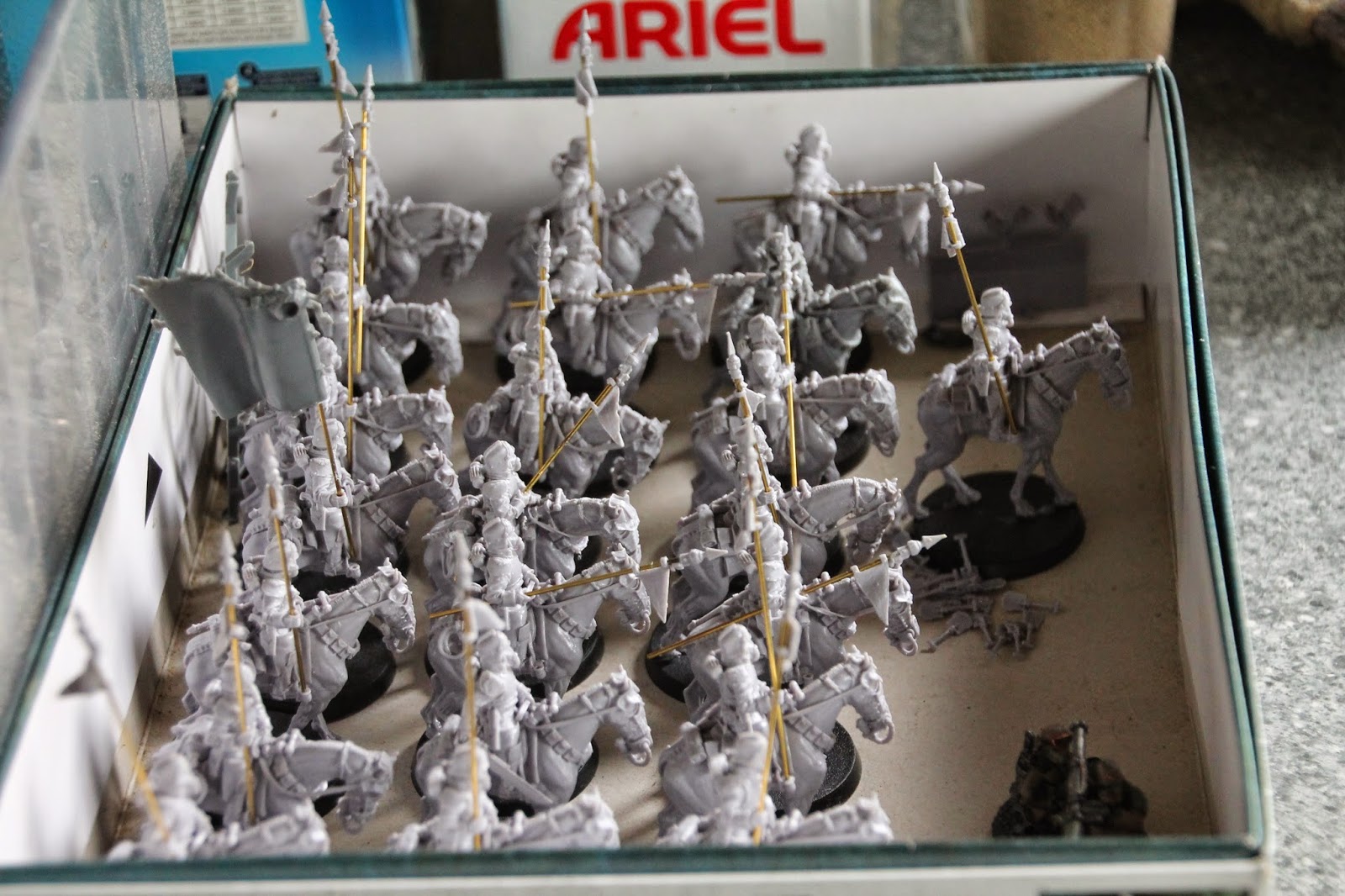 I'm gonna need a bigger box....  You'll notice the Empire standard (how appropriate :) ).  And the Troop Leader is waving a sword about, so there's a spare pig sticker for the guidon bearer if needed.  What I really want now is a bugle or two for the command section.