Elements of Cadian 144th LRRR (in Pheaton pattern Wolverine Armoured Cars) deployed as part of 17 Korps Screen to the North of Fort Nuttar.  Practically all of 17 Korps recce elements were deployed as a screen and pushed out from three to seven kloms in front of the lead Division as the Korps formed up on its departure line for the offensive mounted in some haste as 18 Corps "Operation Dragonfire" stalled to the south. 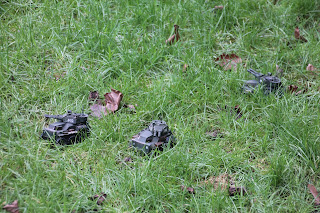 The pict shows a troop of three Wolverines in mutually supportive formation making their way cautiously through the unusual growth on the prairie brought on by three years of 'no grazing due to the war'.  The normal steppe growth, untrammelled by the ambull herds of peacetime, has gone wild as the unpredictable side effects of terraforming are given the chance to manifest. 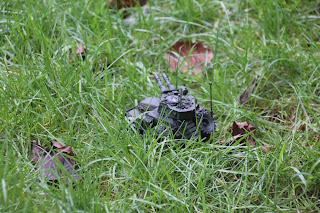 This view shows the demountable battery pack, similar to the one mounted on the astartes Predator Annihilator.  The battery pack normally recharges from the oversized alternator mounted behind the V8 multifuel engine.  There is one large twist coupling for power and recharging and then three twist to release fastenings to allow the battery pack to be quickly swapped out if required. 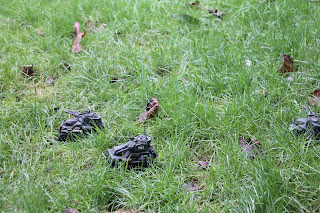 What remains of the Cadian 144th LRR is equipped with Pheaton pattern Wolverines and a taros equivalent vehicle called the Warthog.  Assigned to the woefully understrength 903rd (Devos IV) Inf Div, by the time 72AG regroups at Fort Nuttar the Cadian 144th and Valhallan (Kado) 540th Infantry Regt are nominally under the direct control of 17 Korps HQ.  For practical purposes, they lend their strength to 902 Div. 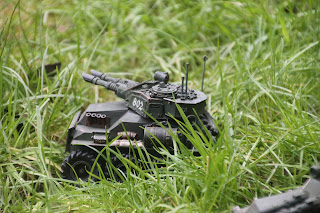 If you're wondering "why Wolverine ?" there was a conversion in an ancient White Dwarf showing a six wheeled armoured car based on a backwards facing Leman Russ hull.  I think it even had sponsons.  Obviously this would predate by well over a decade any notion that the X-men could ever be made into a film by a major studio.  Anyone who can find a picture of that beast has far too much time on their hands (he threw out there, more in hope than expectation). 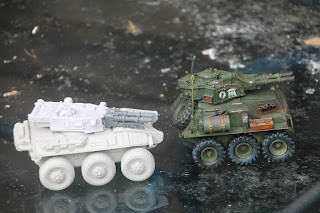 So this is how the GW Leman Russ wolverine and Secret Weapon RAV look next to each other.  The GW one is definitely top heavy, but it does fit the rest of the vehicle fleet OK.   The SW Wolverine is wide where the GW one is tall, but once its wearing its Armageddon livery it should fit in quite nicely. 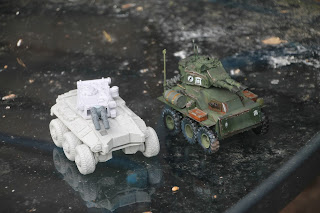 And speaking of the Steel Legion motor pool, more of them during the week.
Posted by Zzzzzz at 20:48