Finishing up those loose ends

As previously mentioned, there were things left unfinished on the latest batch of DKK. 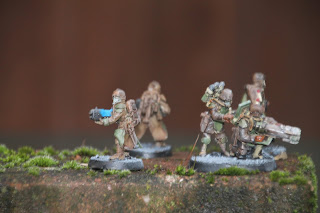 The blue glow on the plasma guns. 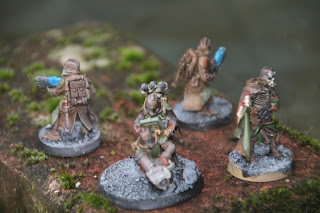 The dirt on the end of the mole mortar - it went on looking quite light (in colour) and as they are all on grey rubble and my boards are all urban; so the concrete dust look is actually appropriate, IMO. 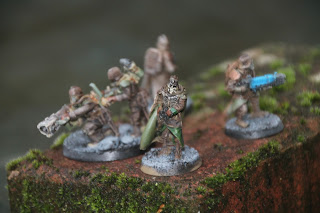 The poor ol' QM.  Both his ankles are pinned.  He could have been pro painted, but he looks OK.  Certainly doesn't scream out as 'painted by someone with little skill who didn't give a toss'.  So good enough then. 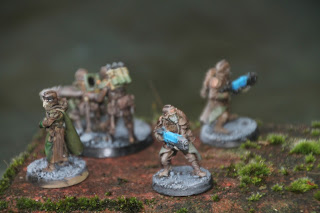 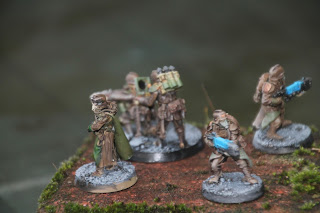 And the mole mortar team now look like they belong in a war zone.  They both have FW las pistols. 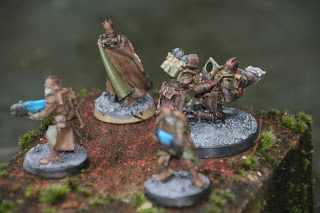